The South African-born billionaire unveiled a prototype of SpaceX’s latest impressive rocket, the Starship Mk1, which he says will take humans across the solar system, and be able to return them to Earth. Standing in front of a prototype of the 164ft (50m) tall, 200-ton, or 1,400 tons when fully loaded, SpaceX Starship, Mr Musk said that the rocket will be placed in Earth’s orbit within six months to test the machine. Mr Musk told the audience at the SpaceX facility in Boca Chica, Texas, on Saturday: “This is going to sound totally nuts, but we want to try and reach orbit in less than six months.”

Mr Musk, who is also involved in Tesla, said manned flights could take place shortly after.

The SpaceX chief said: “I think we could potentially see people fly next year, if we get to orbit in about six months.”

The Starship prototype, displayed alongside SpaceX’s original Falcon 1 rocket on Saturday, is constructed of eye-catching stainless steel instead than the carbon composite or aluminium-based materials.

This gives the SpaceX Starship “exceptional thermal properties” and a lower cost. 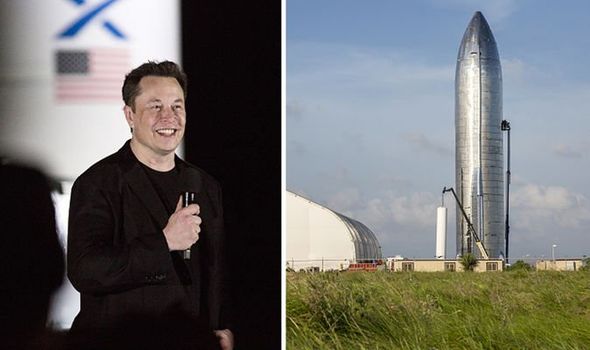 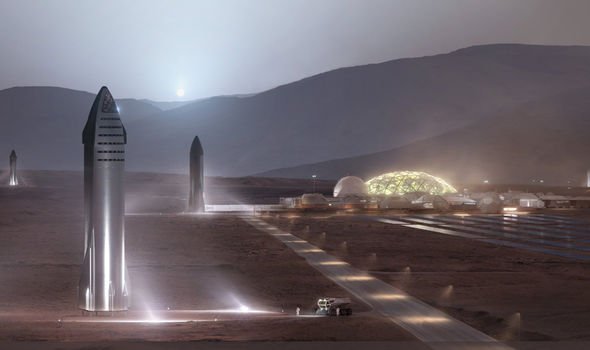 A refined Starship paired with a SpaceX Super Heavy booster stage will increase the rocket’s height to 387ft (117m) and capable of carrying 220,000 pounds.

The spaceship will also include the functions for “orbital refilling”, which would allow fuel to be transferred from spacecraft to spacecraft in Earth’s orbit – something which Mr Musk said is easier to do than docking at the International Space Station (ISS).

He added: “This is one of the other critical pieces of the puzzle to establish a base on the moon or Mars. 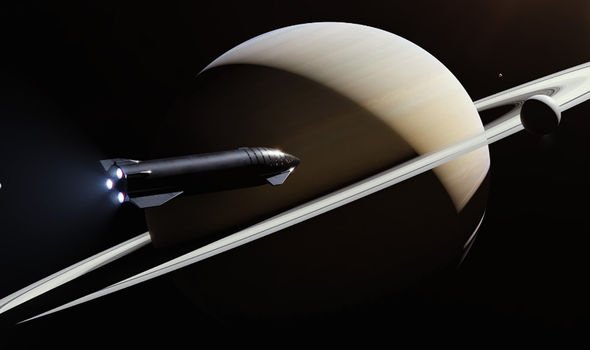 Mr Musk did concede there is not currently much of a commercial market for the SpaceX rocket for Starship to fill.

The SpaceX CEO told reporters Starship could complete a New York to Tokyo trip in 30 minutes and “It’s basically an ICBM (Intercontinental Ballistic Missile) that lands.

“Nothing gets there faster than an ICBM. It’s just minus the nuclear bomb and adds landing.” 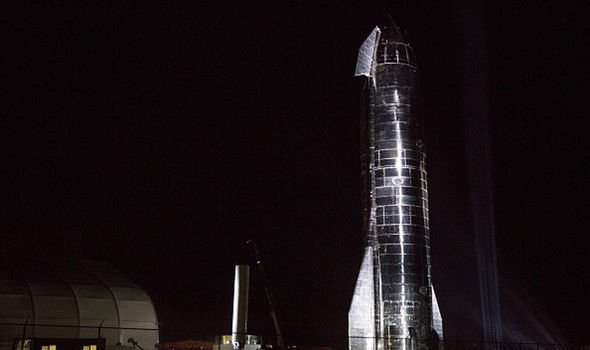 He added: “With any development into uncharted territory, it’s difficult to predict these things with precision.

“But I do think things are going to move very fast.”

The 48-year-old gave little away on how much Starship cost, but said it was “probably closer to a two or three billion than it is to 10.”