It came within 0.05 astronomical units, equivalent to five million miles, from the planet. In 2018 the Tesla Roadster was fired into space by SpaceX’s falcon heavy rocket on its inaugural flight.

Sat in the car is Starman, a mannequin dressed up in astronaut’s clothing.

‘Where is Roadster?’, a website that tracks Starman’s Tesla, records the vehicle is currently about 38 million miles from Earth.

The car could continue travelling for a billion years taking it 250 million miles away from our planet. 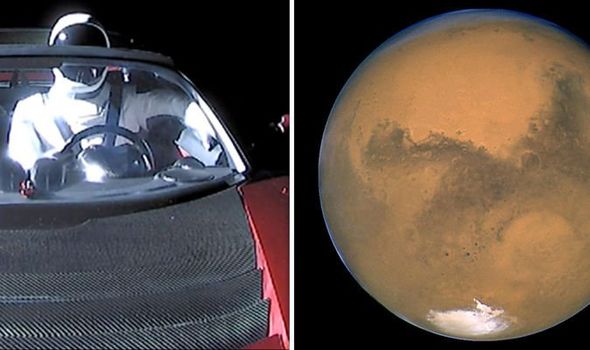 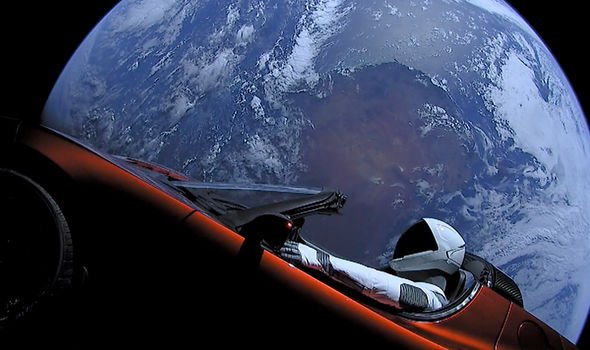 When the Roadster was launched Starman had highly symbolic music playing in both ears.

On ‘Where is Roadster?’ it states: “If the battery was still working, Starman has listened to Space Oddity 264,803 times since he launched in one ear, and to Is there Life On Mars? 356,811 times in his other ear.”

Justifying his decision to fire the car into space Mr Musk said “silly and fun things are important”.

He also argued the stunt would increase public awareness of the work SpaceX is undertaking. 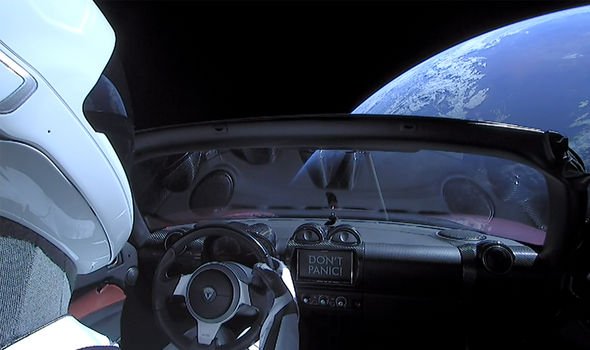 NASA is collaborating with SpaceX as part of its bit to return a human to the Moon in 2024.

At the end of this month four NASA astronauts will travel to the International Space Station in a SpaceX Crew Dragon spacecraft.

After landing on the Moon NASA hopes to put the first human on Mars in the early 2030s.

SpaceX’s falcon heavy rocket, unlike its predecessors, is designed to be multi-use. 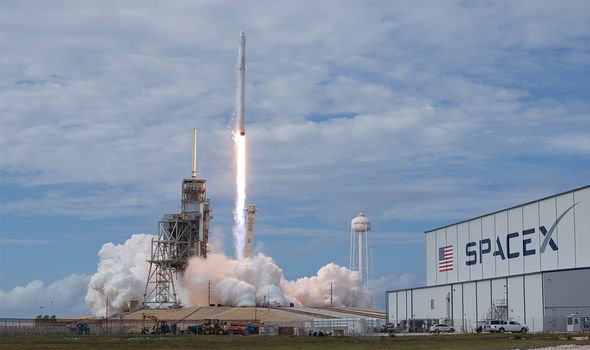 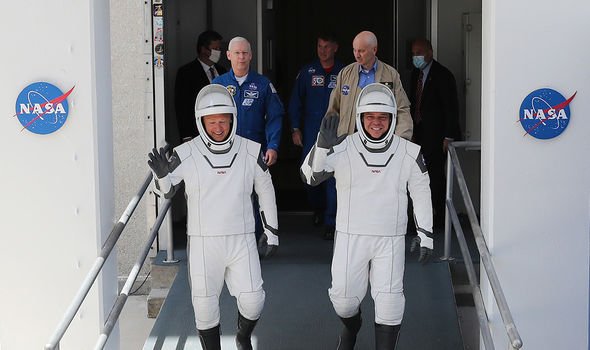 In 2018, ahead of its first test flight, Mr Musk said: “If we are successful, it’s game over for other operators of heavy-lift rockets.

“It’s like where one aircraft company has reusable aircraft and all the other aircraft companies had aircraft that were single-use, and you’d sort of parachute out at your destination and the plane would crash land somewhere.

“Crazy at it sounds, that’s how the rocket business works.”

Mr Musk has repeatedly stated his ambition to eventually take humans to Mars.

According to Robert Zubrin, founder of the Mars Society, we could see “humans on Mars before this decade is out”.

Speaking to Express.co.uk he said: “In contrast to the very successful Mars robotic programme the human programmes of the official space agencies have stagnated.

“Precisely because of the failure of the official Government led human space flight programmes a new force has moved in, and that is the entrepreneurial space companies exemplified most forcefully by SpaceX which has now proven it is possible for a relatively small well led entrepreneurial team to do things it was previously thought only the Governments of super powers could do. 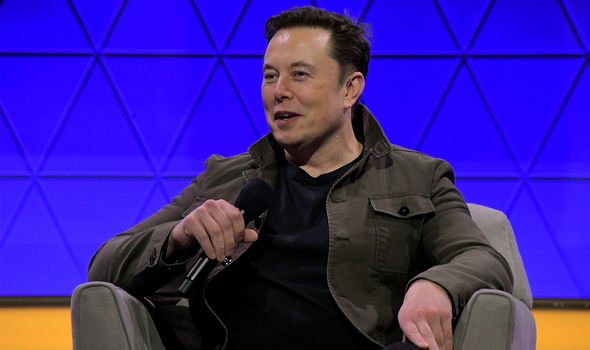 “As a result you not only have the extremely impressive SpaceX capabilities developing but they have set off an entrepreneurial space race. This is the power of free enterprise let loose and I’m sure we’re going to see a lot more of this.

“I’m sure we’re going to see a Chinese equivalent of SpaceX and maybe in many other countries.

“Elon Musk is serious about getting to Mars. I met with Musk around a month ago and I saw what he’s doing.”