Tread lightly! Bizarre ‘eggshell planets’ with an ultra-thin outer brittle layer and little to no topography may exist around other stars, study finds

‘Eggshell planets’ with an ultra-thin outer brittle layer and little to no topography may orbit around other stars in the universe, a new study reveals.

Researchers say at least three of these unusual eggshell ‘exoplanets’ – planets outside our solar system – may already be known, but even more could exist.

Such rare worlds likely have an outer layer only a few miles thick, are unlikely to have plate tectonics, and may or may not be habitable.

They’re also likely larger and younger than other exoplanets with much thicker outer layers, with which they potentially share the same solar system.

The surface of eggshell planets could resemble the lowlands on Venus, with vast expanses of lavas, searingly hot surface temperatures and hardly any high terrain. 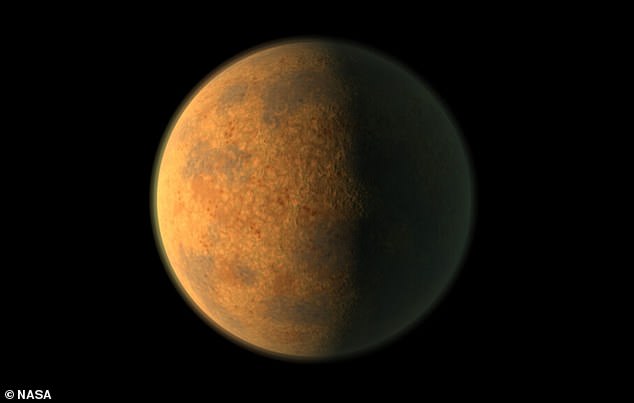 ‘Eggshell planets’ are rocky worlds that have an ultra-thin outer brittle layer and little to no topography. Pictured is an artist’s rendering of such an exoplanet 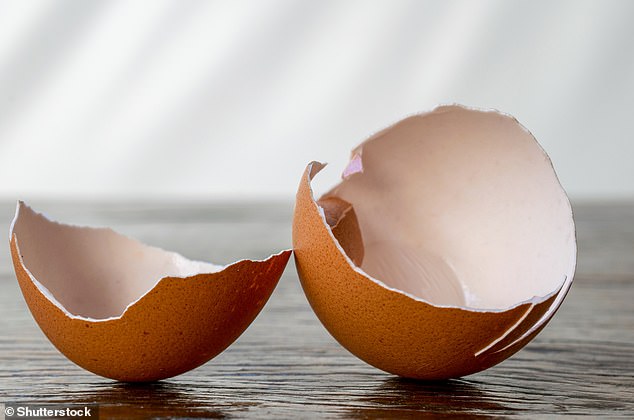 Strange planets with outer layers like eggshells are among the rich variety of exoplanets possible, according to the study

HOW MANY EXOPLANETS ARE THERE?

An exoplanet is any planet beyond our solar system. Most orbit other stars, but free-floating exoplanets, called rogue planets, orbit the galactic center and are untethered to any star.

Some 4,374 exoplanets have been confirmed in 3,234 systems since the first exoplanet discoveries in the early 1990s.

The majority of these exoplanets are gaseous, like Jupiter or Neptune, rather than terrestrial, according to NASA’s online database.

The closest exoplanet is called Proxima Centauri b, around 4.2 light years away from our Sun.

However, it’s difficult to know what exactly exoplanets are made of, or whether any resemble Earth.

The new study was led by Paul Byrne, a planetary geologist at Washington University in St. Louis.

Byrne and his international team of collaborators wanted to see which cosmic factors play the most important role in determining the thickness of a planet’s outer brittle layer, known as the lithosphere.

This thickness helps determine whether, for example, a planet can support high topography such as mountains, or has the right balance between rigidity and flexibility for one part to subduct beneath another – the hallmark of plate tectonics.

On Earth, this process helps our planet regulate its temperature over geological timescales, and is the reason why plate tectonics is thought to be a key factor for whether a planet is habitable or not.

‘Understanding whether you’ve got the possibility of plate tectonics is a really important thing to know about a world, because plate tectonics may be required for a large rocky planet to be habitable,’ Professor Byrne said.

‘It’s therefore especially important when we’re talking about looking for Earth-like worlds around other stars and when we’re characterising planetary habitability generally.’

So far, astronomers have discovered more than 4,000 of exoplanets confirmed to be orbiting other stars in our galaxy.

However, it’s difficult to know what exactly exoplanets are made of, or whether any resemble Earth.

The thickness of the lithosphere – the outermost shell of a planet – plays a key role in geological processes that determine their characteristics, the team say.

Rocky planets outside our solar system, known as exoplanets, are composed of ‘exotic’ rock types that don’t even exist in our planetary system, a study shows.

Researchers used telescope data to analyse white dwarfs – former stars that were once gave life just like our Sun – in an attempt to discover secrets of their former surrounding planets.

The experts found that some exoplanets have rock types that don’t exist, or just can’t be found, on planets in our solar system.

These rock types are so ‘strange’ that the authors have had to create new names for them – including ‘quartz pyroxenites’ and ‘periclase dunites’.

Read more: Exoplanets have ‘exotic’ rocks that can’t be found in our solar system

For their modelling effort, the scientists chose a generic ‘kind of Earth sized’ rocky planet as a starting point.

‘And then we spun the dials,’ Byrne said. ‘We literally ran thousands of models.’

According to the results, surface temperature is the dominant factor governing the thickness of the brittle layer although planetary mass, distance to its star and even a planet’s age all play a role.

However, it’s possible that certain combinations of these parameters also yield worlds with ‘exceedingly thin brittle layers’, the team say.

Researchers are a long way from directly imaging the surfaces of these eggshell planets and so don’t know what they look like, apart from speculating that they’re similar to that of Venus.

‘We have imaged a few exoplanets, but they are splotches of light orbiting a star,’ Byrne said. ‘We have no technical ability to actually see the surface of exoplanets yet.

The scientists could use planned and future space telescopes to examine exoplanets in greater detail and confirm their geological characteristics. 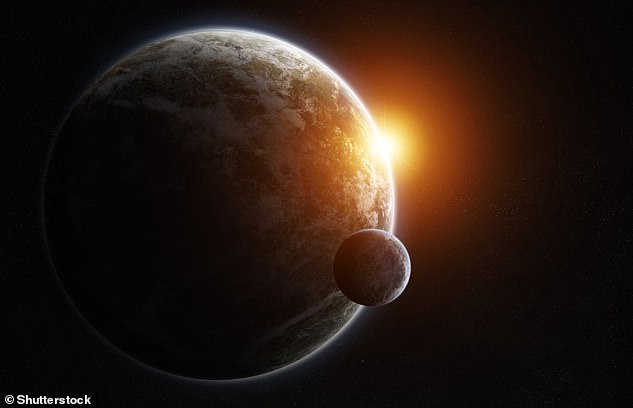 So far, astronomers have discovered more than 4,000 of exoplanets confirmed to be orbiting other stars in our galaxy. Pictured is an artist’s rendering of an exoplanet and its moon

‘We know from published work that there are exoplanets that experience conditions in a more extreme way than what we see in our solar system,’ Byrne said.

‘They might be closer to their star, or they might be much larger, or have hotter surfaces, than the planets we see in our own system.’

‘Ultimately we want to help contribute to identifying the properties that make a world habitable.

‘And not just temporarily, but habitable for a long time, because we think life probably needs a while to get going and become sustainable.’

The study has been published in Journal of Geophysical Research: Planets.