The beautiful phenomena can be spotted here on Earth by astronauts in orbit when looking at the planet’s horizon.

It’s been predicted for around 40 years that a similar thing should occur in the atmosphere of Mars – though it’s taken until now to directly observe it. 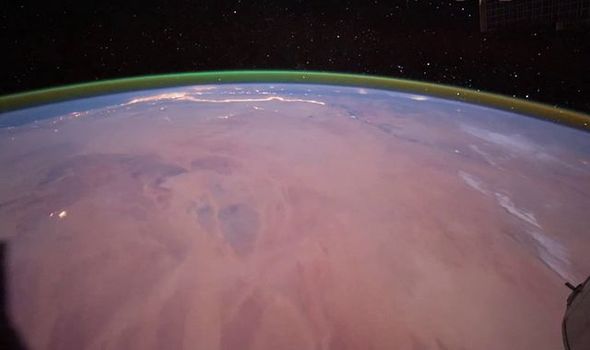 The green glow is not to be confused with the auroras; the multi-coloured, moving light shows that can be seen near the poles here on Earth.

The auroras are caused by electrically charged particles from the Sun hitting the Earth’s upper atmosphere at high speed, and are also influenced by Earth’s magnetic field.

But this green glow is different. Referred to as ‘night glow’, it’s caused by the interaction between sunlight and oxygen molecules in the atmosphere.

This phenomenon can be quite hard to see, hence astronauts usually take photos of it from a side-on perspective against the blackness of space. 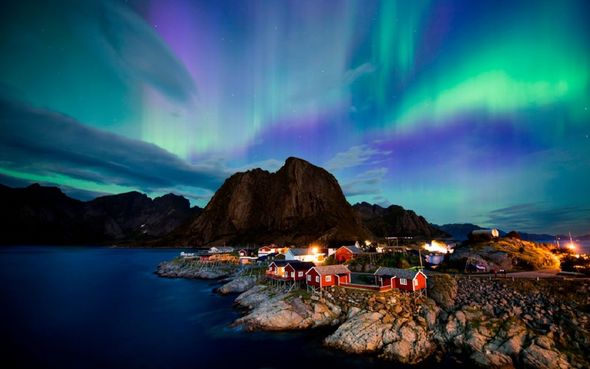 The existence of night glow on Mars was spotted by the European Space Agency’s (ESA) Trace Gas Orbiter (TGO).

However, the orbiter did not take the photos visually – so we don’t be able to see them.

Instead, the night glow emission on the Red Planet was detected by the TGO’s Nomad spectrometer, which is tuned to detect oxygen molecules at specific altitudes.

Dr Manish Patel from the UK’s Open University told the BBC it was “a nice result”. 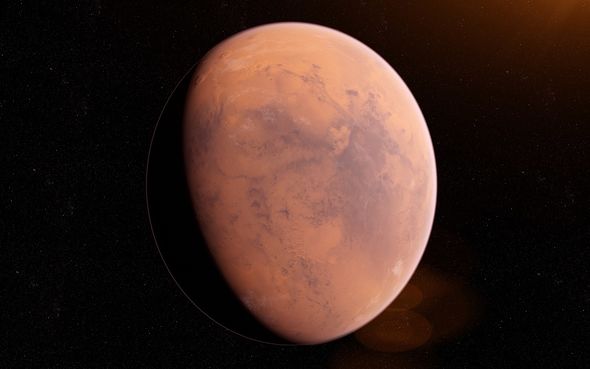 “By looking at the altitudes of where this emission is, you can actually tell the thickness of the atmosphere and how it’s varying.”

Patel added that continually observing the phenomenon would therefore give scientists clues about what’s going on in terms of atmosphere thickness and how its changing over time.

The ESA’s Trace Gas Orbiter has been circling Mars since October 2016.

Jean-Claude Gérard from the Université de Liège in Belgium and lead author of the study into the discovery of night glow on Mars said in an ESA statement: “One of the brightest emissions seen on Earth stems from night glow.

“More specifically, from oxygen atoms emitting a particular wavelength of light that has never been seen around another planet.

“However, this emissions has been predicted to exist at Mars for around 40 years – and, thanks to TGO, we’ve found it.”

Study co-author Ann Carine Vandaele from the Institut Royal d’Aéronomie Spatiale de Belgique, Belgium, and Principal Investigator of the Nomad spectrometer, explained how the team got the result. 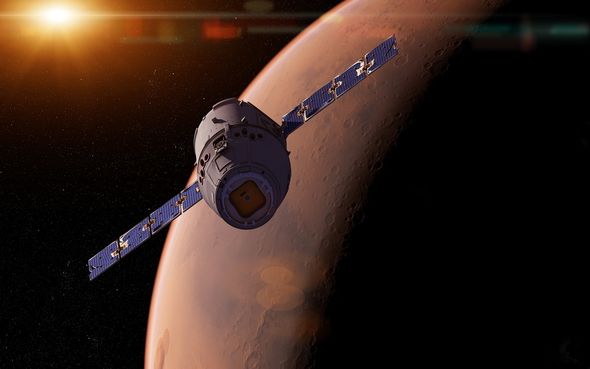 Ann Carine said: “Previous observations hadn’t captured any kind of green glow on Mars, so we decided to reorient the UVIS nadir channel to point at the ‘edge’ of Mars, similar to the perspective you see in images of Earth taken from the ISS.”

Looking at how the green glow was formed, the team discovered that it was mostly produced as carbon dioxide molecules were broken up into their constituent parts: carbon monoxide and oxygen.

Comparing the differences in the phenomenon on Earth and Mars has shown the researchers that there is more to learn about how oxygen atoms behave.

Jean-Claude noted that doing so would be “hugely important for our understanding of atomic and quantum physics”.

The study was published in the journal Nature Astronomy.