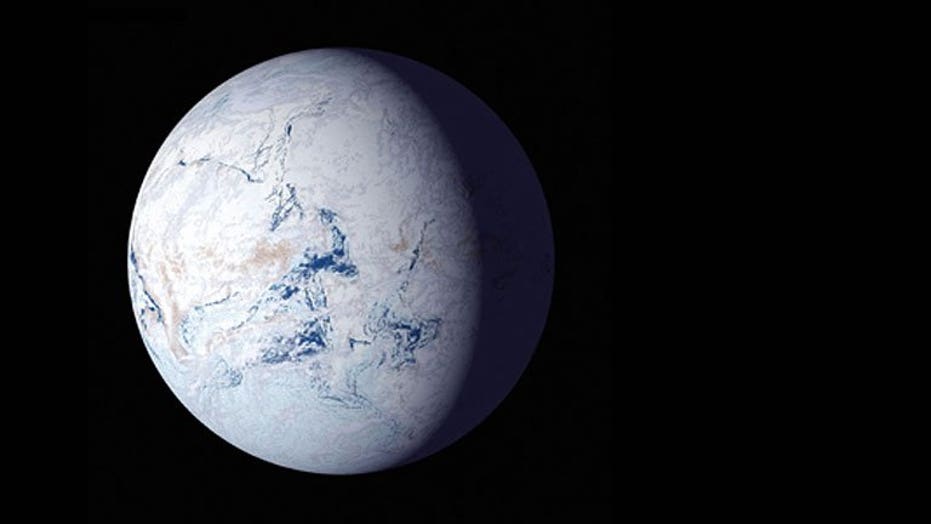 The giant space rock, which hit Yarrabubba in Western Australia, was initially discovered in 1979, but it was not tested until recently to determine its age, researchers said.

“Yarrabubba, which sits between Sandstone and Meekatharra in central WA, had been recognized as an impact structure for many years, but its age wasn’t well determined,” Curtin University professor Chris Kirkland said in a statement. 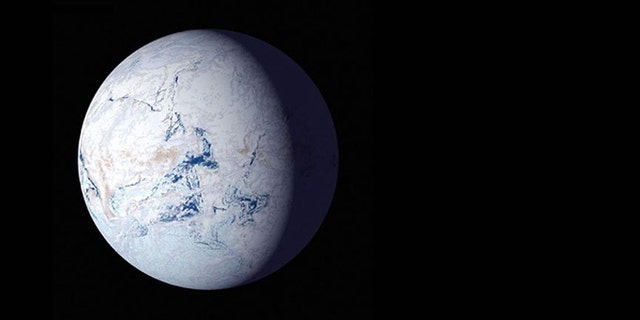 An artist’s rendition of what a snowball planet might look like. Ice covers the oceans to the equators. (Credit: NASA)

“Now we know the Yarrabubba crater was made right at the end of what’s commonly referred to as the early Snowball Earth – a time when the atmosphere and oceans were evolving and becoming more oxygenated and when rocks deposited on many continents recorded glacial conditions," Kirkland added.

The scientists were able to determine the age of the impact crater, which is not visible to the eye, by testing the minerals zircon and monazite that were "shock recrystallized." The crystals hold small amounts of uranium, a chemical element that decays at a constant rate, allowing the researchers to determine how much time had passed since the impact.

The research has been published in the scientific journal Nature.

The timing of the impact, which predates any other asteroid strike by 200 million years, and the end of the "Snowball Earth" are coincidental, one of the study's co-authors, Nicholas Timms, added.

“The age of the Yarrabubba impact matches the demise of a series of ancient glaciations. After the impact, glacial deposits are absent in the rock record for 400 million years," Timms said. "This twist of fate suggests that the large meteorite impact may have influenced global climate.”

Timms added that computer models support the effect of large impacts into ice and global climate change, noting it could have sent 500 billion tons of water vapor into the atmosphere. "This finding raises the question whether this impact may have tipped the scales enough to end glacial conditions.”

Scientists are intrigued by "Snowball Earth," also known as the Cryogenian Period, which lasted from approximately 720 million to 635 million years ago and severely constricted the oxygen supply on the planet.

In October 2019, a study suggested it left the planet "a barren, flooded landscape" with "clear oceans." In December 2019, researchers published a study that may have uncovered how the remaining early animals survived — and thrived — during the colossal event.