Astrobiology research scientist and author Lewis Dartnell has warned that the comets could pose a higher threat against civilisation than that of an asteroid.

Despite the extremely slim chance of a collision occurring, fear has grown that a 1000ft-wide asteroid Apophis will smash into the Earth on April 13, 2029, and could wipe out an entire city.

But the frightening asteroid was detected some 15 years ago, which is far longer than a comet would grant.

Asked about the dangers of the asteroid to humanity, the University of Westminster professor told Daily Star Online: “Bigger risks are posed by comets because they come from the far outer reaches of the solar system and they are very hard to spot if they are making their first orbit into the inner solar system.

“They come out of nowhere.

“And because comets are falling in towards the sun from much further out, they come in much faster and that could potentially give us much, much less warning if one were to be on a collision course with the Earth.

“Potentially we could have as little as six months notice of a comet that is on its first orbit into the inner solar system on an Earth-crossing trajectory.”

Scientists believe there are up to 1billion comets in our solar system, but only 20,000 potentially dangerous ones currently known about. 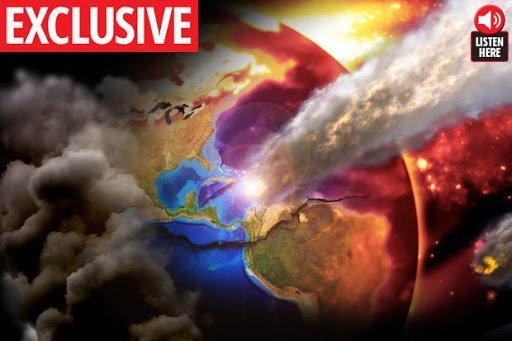 Comets are composed primarily of frozen ammonia, methane or water, and surprisingly contain only small amounts of rocky material.

And while often referred to as “dirty snowballs”, the nucleus of the comet can range anything from 10km to 100km in diameter.

It comes after the scientist launched a report in conjunction with PlayStation to launch the exclusive, post-apocalyptic Play Station game Days Gone.

Lewis authored the report that warned of the dangers of a global pandemic.

It comes after a NASA simulator showed an asteroid destroying New York.