On July 21, 1961, Collins played a pivotal role in getting the first two men – Neil Armstrong and Buzz Aldrin – to step foot on the Moon. Six hours after touching down, Armstrong would jump off the lunar lander Eagle to deliver his “one small step” speech to the millions watching on Earth, before the pair buried the US flag into the surface, signifying the end of the Space Race. Meanwhile, Collins orbited alone in the command module for 21 hours, in which he would be dubbed “the loneliest man in the universe,” but, the former test pilot said he did not remember seeing any stars during his voyage.

Speaking at a press conference just weeks after returning to Earth, Armstrong said: “We were never able to see stars from the lunar surface, or on the daylight side of Moon without looking through the optics.

“I don’t recall, during the period of time that we were photographing, what stars we could see.”

Before Collins added: “I don’t remember seeing any.”

Many Moon landing conspiracies have centred around the idea that no stars could be seen in the photos taken by Aldrin and Armstrong, but there is a rational explanation for this. 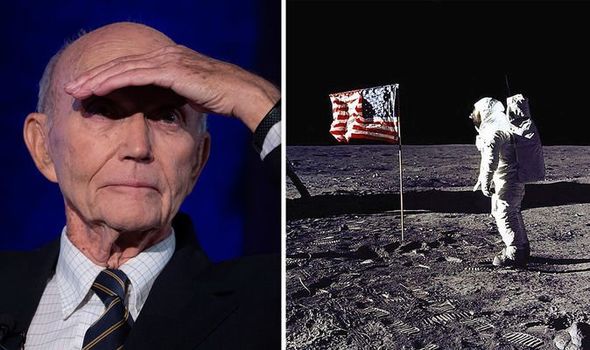 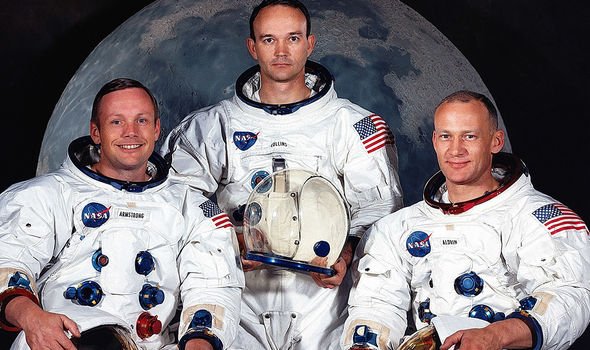 Stars are rarely seen in space photos because the light from the Sun in outer space in the Earth-Moon system is at least as bright as the sunlight that reaches the Earth’s surface on a clear day at noon, so cameras used for imaging subjects illuminated by sunlight are set for daylight exposure.

The dim light of the stars simply does not provide enough exposure to record visible images.

During the same press conference, Aldrin was asked what the surface of the Moon was like to walk on.

He said: “In rather flat regions, the footprint would penetrate perhaps a half-inch, sometimes only a quarter and gave a very firm response. 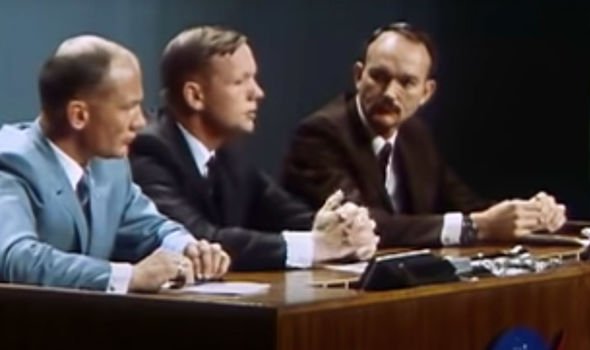 “In other regions, near the edges of these craters we could find the foot would sink maybe two, three, possibly four inches.

“In the slope, of course, the various edges of the footprint might go in six or seven inches.

“Compacting this material would tend to produce a slight sideways motion as it was compacted onto the material underneath it.

“We feel that you cannot always tell by looking at the terrain what the exact resistance will be as the foot sinks into it, so one must be quite cautious.” 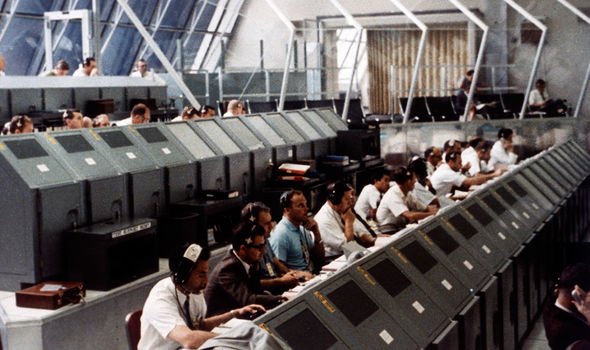 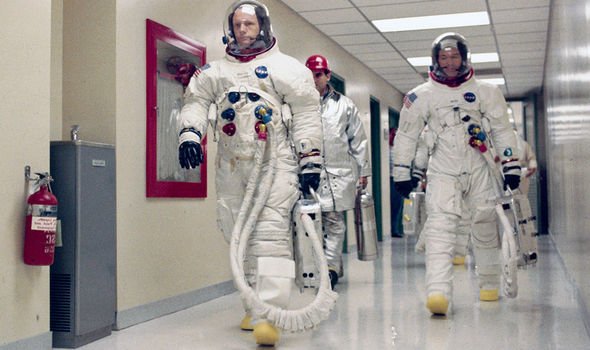 Following these discussions, a journalist in the crowd quizzed Armstrong on whether NASA’s preparations were detailed enough for dealing with a landing on a dusty Moon surface.

He responded: “I think the simulations that we have at the present time to enable a pilot to understand a lunar landing do the job sufficiently well.

“Above that, I think it’s just a matter of pilot experience.”