The President also claimed America would be the first country to put a female astronaut on the Moon. NASA hopes to return humans to the Moon in 2024 but this timetable has been challenged by some experts.

Mr Trump was addressing the RNC conference to receive the party’s official presidential nomination for 2020.

He will face Democratic Party challenger Joe Biden in the election on November 3.

Speaking to around a thousand supporters the president said: “We will launch a new age of American Ambition in space.

“America will land the first woman on the moon – and the United States will be the first nation to plant its flag on Mars.” 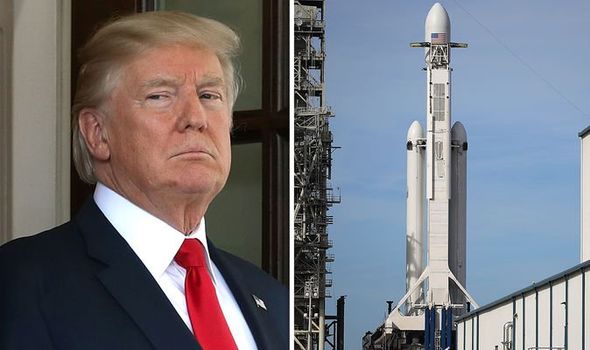 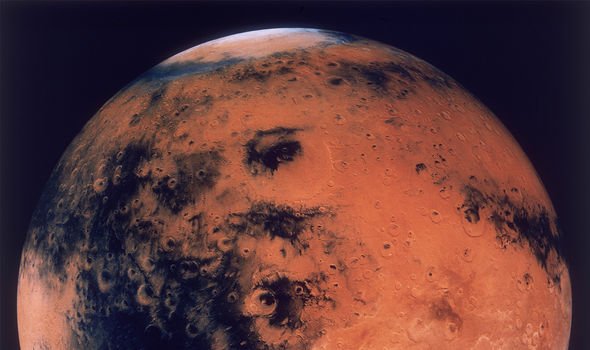 NASA is partnering with Elon Musk’s SpaceX company to take its astronauts back to space from American territory.

In May SpaceX Crew Dragon carried NASA astronauts from the US for the first time since the space shuttle programme was wound down.

After returning to the Moon in 2024 NASA hopes to work towards the first human Mars landing in the early 2030s.

However this timetable has been deemed unrealistic by Christopher Wanjek, author of ‘Spacefarers: How Humans Will Settle the Moon, Mars, and Beyond’. 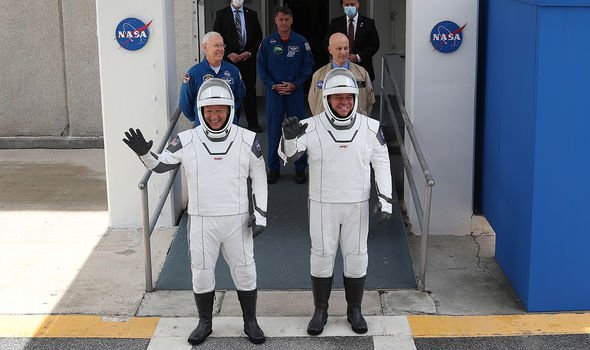 Speaking to Express.co.uk Mr Wanjek said: “This plan to get humans back to the Moon by 2024 is ill-fated.

“It was a bad idea to begin with and now with the pandemic it’s certainly not going to happen.

“What you want to do, and what NASA was planning on doing, is slowly get back there by setting up an infrastructure.

“Send some robots, map out the area, lay down some infrastructure.” 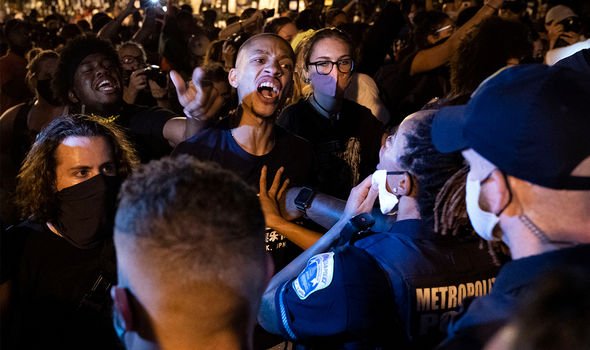 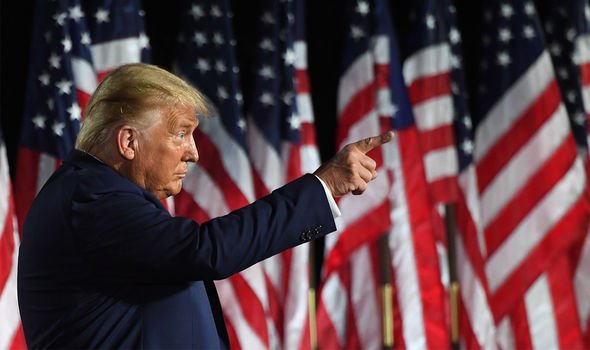 President Trump used much of his RNC address to claim Mr Biden had been influenced by the radical left and wouldn’t be able to guarantee American’s security.

Since the death of George Floyd whilst being detained by police in May large social justice protests, some of which have turned violent, have taken place across the United States.

Mr Trump said: “If Joe Biden doesn’t have the strength to stand up to wild-eyed Marxists like Bernie Sanders and his fellow radicals then how is he ever going to stand up for you? He’s not.

“The most dangerous aspect of the Biden platform is the attack on public safety.”

“The Biden-Bernie manifesto calls for abolishing cash bail, immediately releasing 400,000 criminals into the streets and into your neighbourhoods.

Mr Biden fired back at the president on Twitter. 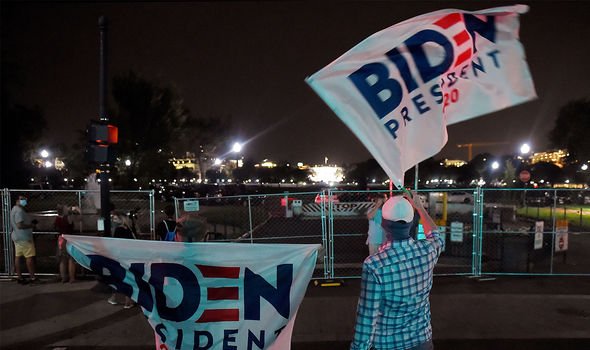 He wrote: “Remember: every example of violence Donald Trump decries has happened on his watch.

“Under his leadership. During his presidency.”

Mr Biden described the upcoming contest as “the most important election in the history of our country”.