Do conkers REALLY repel spiders? Oxford professor says he will put the old wives tale to the test and find out if arachnids are scared of the seeds

The old wives tale of conkers repelling spiders is set to be put to the test by a leading academic at the University of Oxford.

Professor Fritz Vollrath, from the prestigious university’s department of zoology, is embarking on a series of experiments with house spiders and the hard brown seeds.

It has long been believed the main use for conkers, besides entertaining schoolchildren in a playground, is to deter arachnids. 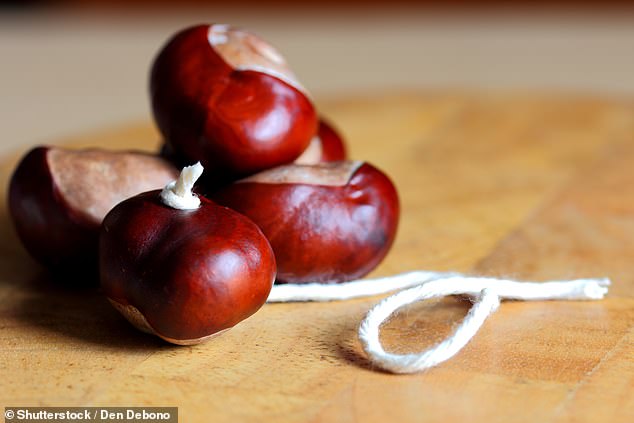 Professor Fritz Vollrath, from the prestigious university’s department of zoology, is embarking on a series of experiments with house spiders and the hard brown seeds to see if there is any truth in the myth

ARE SPIDERS ‘SCARED’ OF CONKERS?

Ways of keeping spiders at bay in the autumn months when they flourish has been a long-standing mission for many.

One age-old method to scare off arachnids is to place conkers around the house.

The old wives tale states they are either repelled by a chemical they secrete or the animals are scared of them.

Either way, there is no reason to believe the myth as it has never been scientifically tested.

Although completely unfounded, the urban myth states they contain a noxious chemical that deters the eight-legged beasts.

But no scientific test has been carried out, and Professor Vollrath is set to end the mystery.

The experiment comes as the summer draws to an end and people see an invasion of spiders from gardens into their homes.

This is when the creepy crawlies are at their biggest after a season of feeding.

As their life cycle begins to expire the females come into the warm to lay their eggs.

Academic research leader Professor Fritz said: ‘It is probably a myth but nobody has scientifically tested it.

‘I think I will do that – put conkers in one corner and put the cob (spider) as far away as possible.’

Whilst conkers may be ineffective, the professor said spiders can hear and do respond to sound and vibrations so can be scared away.

Arachnids have long caused fear for many humans but according to the professor, their intricate silk webs are a wonder of the natural world.

He is now using the silk to create ‘living’ implants that he believes could be used in medicine.

Speaking on the Zoe Ball breakfast show he said: ‘The web is a unique structure. If we were to scale up a spider to the size of a human the web he or she, mostly she, would build in about half an hour would be the size of a cricket pitch and could catch a small aeroplane. 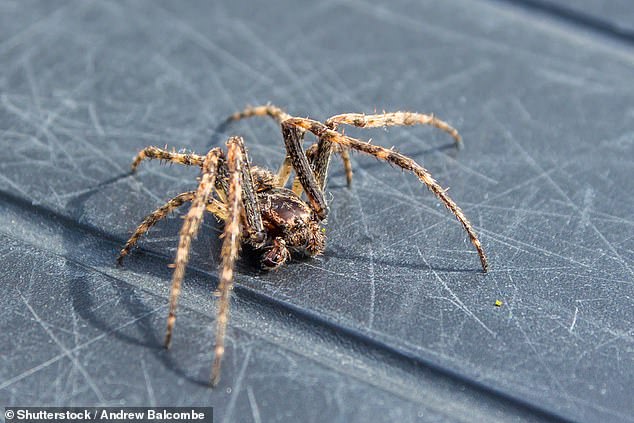 Whilst conkers may be ineffective, the professor said spiders can hear and do respond to sound and vibrations so can be scared away. There is, as of yet, no scientific proof that spiders are scared of the large seeds

‘It is an amazing structure – the silk is better than any man made fibre . It is made in ambient pressure, ambient temperature and the only solvent is water. And it is recyclable.’

He also said this time of year people noticed spiders more because of their increased size.

Their webs are also more prominent because the structure is larger and the later rising sun causes them to reflect moisture in the morning when we people begin their day.

He said: ‘We get up later in relation to the sun.

‘The sun nowadays also gets up later and doesn’t have the time to dry out the residue that makes the webs so visible by the time we are having our first coffee.’