Closely clustered around star TOI-178, this unique six-planet system lies approximately 200 light years away from us. When was first observed, scientists, suspected this star only boasted a pair of planets travelling in the same orbit.

However, the Université de Geneve and the University of Bern’s Dr Adrien Leleu, said subsequent data revealed something entirely different.

The astrophysicist who led the research said: ”Through further observations, we realised that there were not two planets orbiting the star at roughly the same distance from it, but rather multiple planets in a very special configuration.”

The remarkable observations were made using the CHEOPS (Characterising ExOPlanets Satellite) space telescope launched in a little more than a year ago.

The European Space Agency’s (ESA) CHEOPS was assigned the key goal of precisely-measuring the size of known planets, which had a handy byproduct of also discovering new worlds.

JUST IN: How to watch SN9 launch this week live online 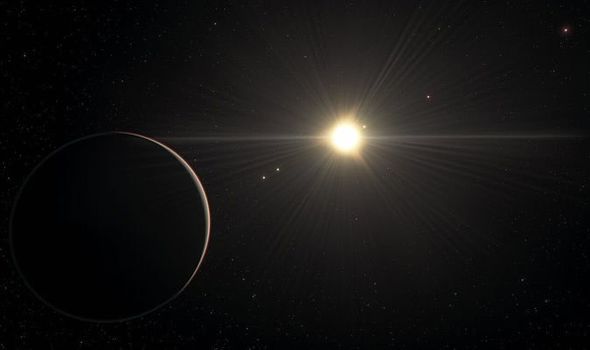 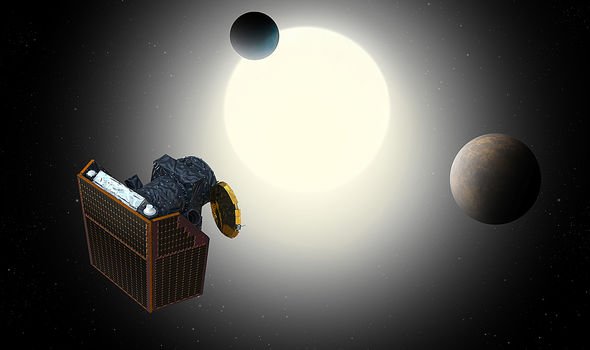 Planetary systems can form a “resonance”, where, for example, planets regularly attract each other with their gravity when one planet takes three days to orbit its star and its neighbour takes two days.

The University of St Andrews’ Dr Wilson, co-author of the paper, said: “This rare configuration prompted us to search for another planet to complete the chain, and with additional data we were able to confirm the presence of a sixth planet with the orbital period we predicted.

His colleague Professor Andrew Collier Cameron, added: “The chain of resonances between the planets in the TOI-178 system is a remarkable fossil clue to the entire system’s formation process.

“This orderliness has allowed these closely-packed planets to avoid catastrophic interactions with each other for billions of years.” 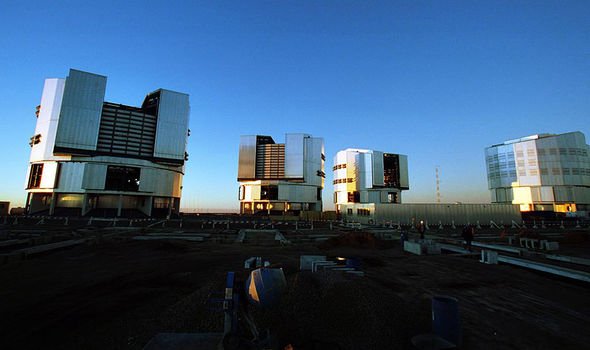 The landmark new study also found the planets to be in a unique planetary system configuration, potentially revolutionising how planets form and evolve.

Until now, closely-packed planets orbiting a star in such a unique, resonance manner decrease in density the further away they are positioned.

But, the density of the planets around TOI-178 seems to be a puzzling mixture despite the harmonic, orderly way they orbit around their star.

The fastest, innermost planet completes an orbit in only a couple of days, while the slowest takes roughly ten times longer.

The six planets have sizes ranging from about one to about three times the size our blue planet, while their masses range up to 30 times Earth’s mass.

Others are gas planets, like the outer planets in our Solar System, but far smaller, dubbed Mini-Neptunes.

Dr Kate Isaak, project scientist at the European Space Agency, said: “It is the first time we have observed something like this.

“In the few systems we know with such a harmony, the density of planets steadily decreases as we move away from the star.

“In the TOI-178 system, a dense, terrestrial planet like Earth appears to be right next to a very fluffy planet with half the density of Neptune followed by one very similar to Neptune.” 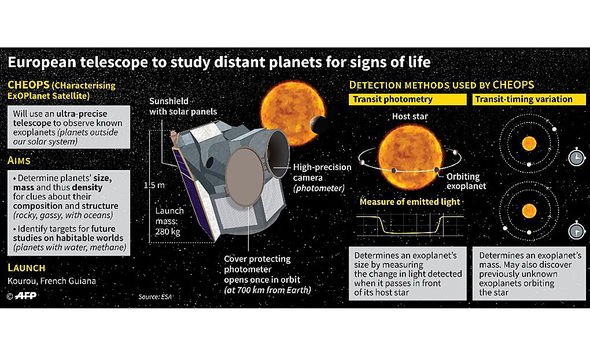 This strange system consequently raises numerous questions concerning the fragile nature of the orbits of these closely-packed planets with the unprecedented mixture of planet densities.

Dr Adrien Leleu, added: “The system therefore turned out to be one that challenges our understanding of the formation and evolution of planetary systems.”

And despite none of the newly-discovered exoplanets lying in the star’s habitable zone, the research suggests scientists can hope to eventually spot additional planets existing in this zone.

The Extremely Large Telescope (ELT), scheduled to begin operating this decade, will be able to directly image rocky exoplanets in a star’s habitable zone and even characterise their atmospheres.

As a result, this will present an incredible opportunity to learn more about systems as TOI-178 in far greater detail.