US government is using Google as a mass surveillance tool and user data requests have increased by 510% since 2010, according to report

The US government is using Google and social media sites like Facebook as mass surveillance tools, as user data requests have dramatically increased over the past decade, a new report reveals.

The Freedom Act, passed by Congress in 2015, hindered the National Security Agency’s ability to collect massive amounts of user data, however, it does not stop private corporations from doing the agency’s dirty work. 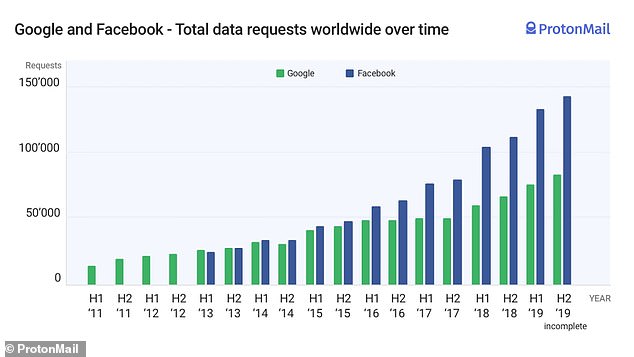 DailyMail.com has reached out to Google for comment and has yet to receive a response.

In 2013, Edward Snowden, a former employee of the National Security Agency (NSA), pulled the curtain on the government group by telling the public how it conducts mass surveillance without their knowledge.

The US Congress passed the Freedom Act two years later that banned the NSA’s bulk collection of user data – the group must now gain approval of the FISA court to gather intelligence of individuals.

However, the policy does not include private corporations, allowing them to gather as much data as they want and share with whomever. 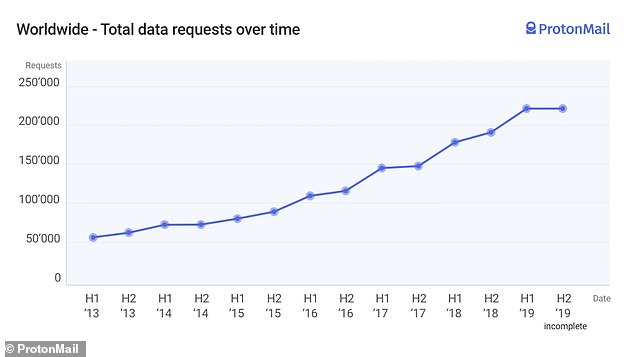 ‘While US law prevents the NSA from performing bulk data collection, corporations like Google and Facebook face few restrictions on gathering data on their users,’ ProtonMail shared in the report.

‘So, to get the data it wants, the NSA simply goes to these companies with user data requests.’

‘Under the Freedom Act, if the US government can convince a judge in the FISA court that an investigation pertains to national security, then they can request that a company share whatever data it has on an individual.’

Companies do have the ability to refuse requests, but are at risk of facing legal action that may come with fines. 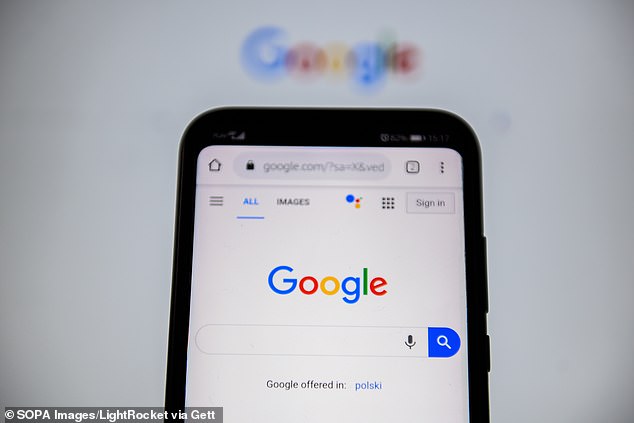 Earlier this year, Google starting putting a price tag on requests from the government, as the firm was receiving an increasing amount from different agencies

Earlier this year, Google starting putting a price tag on requests from the government, as the firm was receiving an increasing amount from different agencies.

The New York Times reported that the tech giant charges $45 for a subpoena, $60 for a wiretap and $245 for a search warrant.

It provides a downloadable Excel sheet that lists multiple countries and the total requests that have been completed.

ProntoMail notes that ‘Facebook has shared information in response to a user data request roughly 74% of the time, and that percentage has remained steady since 2017.’

The success rate of requests receiving approval had increased the number of requests from governments to corporations.

Starting in 2013 through 2019, the report found that the number of data requests made by governments worldwide to Facebook, Google, Twitter, and Yahoo has increased by about 320 percent.

The report also discusses the ‘Fourteen Eyes,’ which is an alliance between 14 countries that have agreed to share intelligence information with one another. 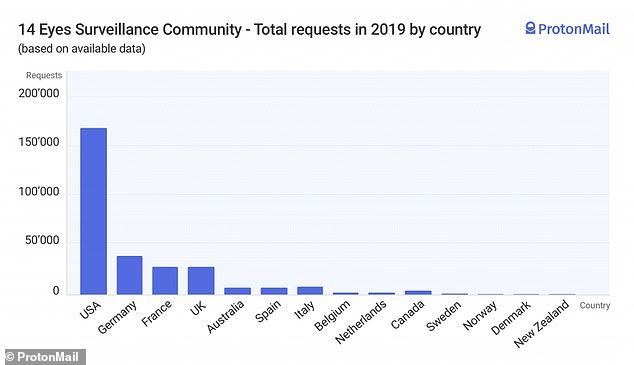 The report also discusses the ‘Fourteen Eyes,’ which is an alliance between 14 countries that have agreed to share intelligence information with one another. And the US has had more requests from Facebook, Google, Twitter and Yahoo than another of the other 13 countries

And the US has had more requests from Facebook, Google, Twitter and Yahoo than another of the other 13 countries.

‘ProtonMail is based in Switzerland, which is not a member of the 14 Eyes agreement,’ the firm wrote.

‘We cannot act on a data request until it has been approved by the appropriate Swiss authority.’

‘If we receive an approved request from the Swiss authorities, we are bound by Swiss law to share what information we have.’