The Pentagon’s research arm is looking beyond the human brain to build artificial intelligence.

In a recent call for submissions, DARPA revealed that it’s looking for ways to take the brains of ‘very small flying insects’ and model their functions in AI robots.

The proposal looks to pave the way for robots that are smaller, energy-efficient and easier to train. 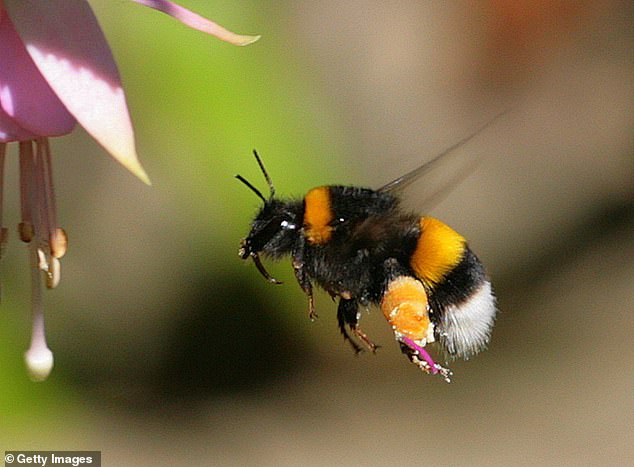 DARPA is looking beyond the human brain to build artificial intelligence. In a call for proposals, it revealed that it’s looking for ways to take insect brains and model their functions in AI robots

DARPA is looking for proposals that understand the sensory and nervous systems in miniature insects and can turn them into ‘prototype computational models.’

These models would then be integrated in some type of hardware that emulates how insects think and behave, the agency explained.

‘Nature has forced on these small insects drastic miniaturization and energy efficiency, some having only a few hundred neurons in a compact form-factor, while maintaining basic functionality,’ the announcement reads.

‘This research could lead to capability of inference, prediction, generalization and abstraction of problems in systematic or entirely news ways in order to find solutions to compelling problems,’ it continues.

Proposals for the program, called the Microscale Biomimetic Robust Artificial Intelligence Networks, or MicroBRAIN, are due February 4th and the program is expected to launch April 4th. 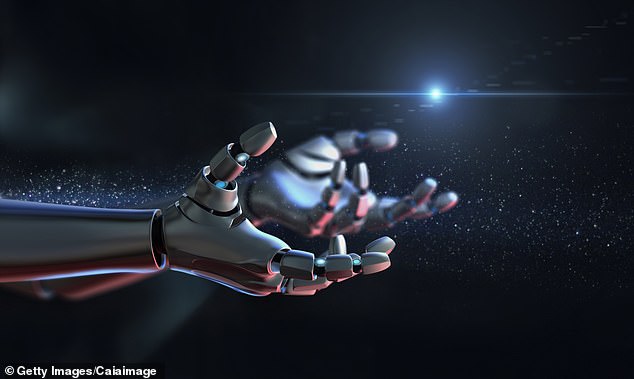 DARPA is looking for proposals that take the insects’ sensory and nervous systems and inject them into hardware. The AI would then be space-saving, efficient and easier to train

Modeling AI after an insect brain is much easier than trying to recreate the human brain.

That’s because the human brain contains approximately 86 billion neurons, while an insect’s brain is made up of, on average, about 1,000 neurons.

‘Studying miniaturized insects may reveal fundamental innovations in architecture and computation analogous to their simultaneous simplicity, efficiency, and complex functionality,’ the announcement notes.

WILL ROBOTS EVER OBTAIN CONSCIOUSNESS?

Most computer scientists think that consciousness is a characteristic that will emerge as technology develops.

Some believe that consciousness involves accepting new information, storing and retrieving old information and cognitive processing of it all into perceptions and actions.

If that’s right, then one day machines will indeed be the ultimate consciousness. 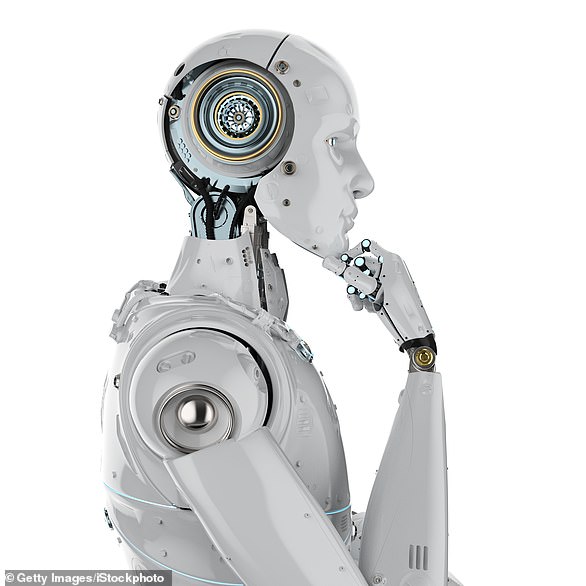 Some say machines could achieve consciousness in our time. However, there are other physicists and philosophers who say there’s something more about human behavior that cannot be computed by a machine

They’ll be able to gather more information than a human, store more than many libraries, access vast databases in milliseconds and compute all of it into decisions more complex, and yet more logical, than any person ever could.

On the other hand, there are physicists and philosophers who say there’s something more about human behavior that cannot be computed by a machine.

Creativity, for example, and the sense of freedom people possess don’t appear to come from logic or calculations.

Yet these are not the only views of what consciousness is, or whether machines could ever achieve it.

‘Compared with larger-brained organisms, these insects may hold the keys to strategies for AI that combine energy- , time-, and space-efficient operation.’

What’s more, DARPA believes that studying insects’ ‘bio-systems’ could even help them replicate elements of a ‘consciousness’ in robots.

‘Evidence suggest even small insects have subjective experiences, the first step towards a concept of “consciousness” may imply some ability to infer/generalize/abstract,’ the document continues.

DARPA is offering a $1 million prize to the company with the most innovative proposal.