Dark matter is a form of unknown matter that is thought to account for approximately 85 percent of the universe. Its presence is implied in a variety of astrophysical observations, including gravitational effects that cannot be explained by accepted theories of gravity unless more matter is present than can be seen. Yannick Mellier, a French astrophysicist revealed how he used Albert Einstein’s Theory of Relativity to detect dark matter during Amazon Prime’s “The Mystery of Dark Matter”.

He said in 2013: “To understand Einstein’s theory and how rays of light deviate in the universe, you have to think of it as a kind of checked tablecloth grid with a massive compact sphere on it.

“At each point that the sphere is placed, the tablecloth will be deformed.

“This deformation is the distortion of spacetime in Albert Einstein’s Theory of Relativity.

“If you now propagate rays of light, they will be deviated by the effect of the deformation of spacetime produced by the matter.” 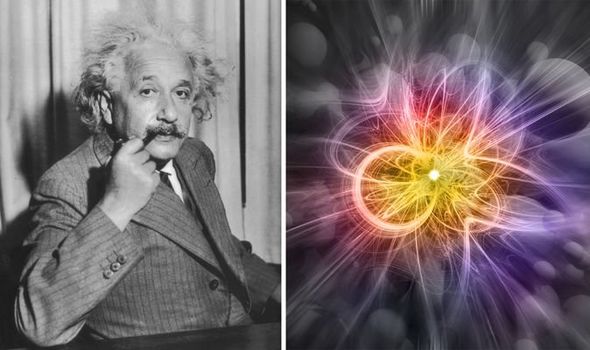 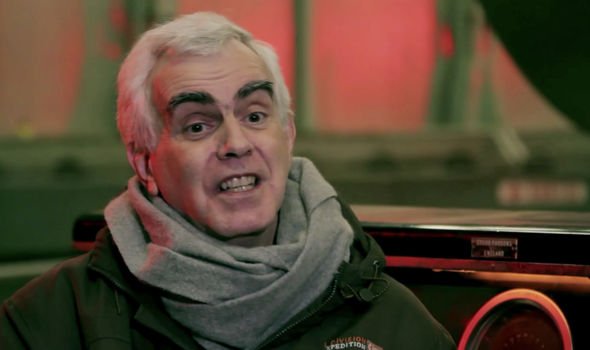 The narrator of the series went on to explain why Dr Mellier started investigating this theory further.

“The object constituting the lens being sufficiently dense and massive to bend rays of light.

“But this phenomenon remained a theory and was yet to be observed until Yannick and his colleagues happened to spot something strange in the sky in Hawaii.

“In 1985, Yannick, then a young researcher, arrived at one of the best telescopes in the world, 4,200 metres above sea level on the summit of the volcano Mauna Kea.” 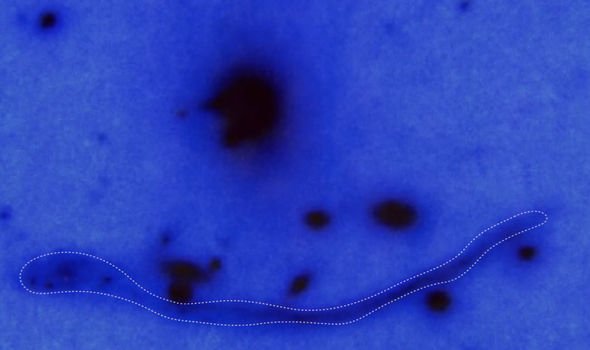 He said: “We didn’t go there to study dark matter, we went there to discover the changes in large clusters of galaxies far from Earth.

“Suddenly, we detected a very strange structure that looked like an elongated smile.

“It was more elongated than a galaxy and, what’s more, very distorted. 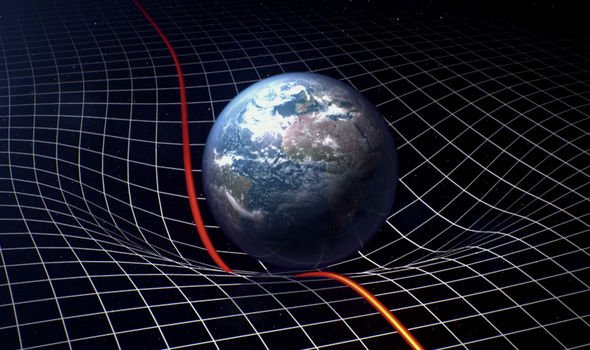 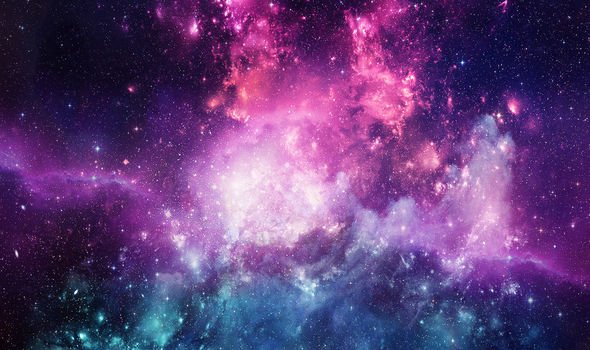 “No astronomical object was listed in the catalogues, so we were faced with a huge enigma.”

Dr Mellier revealed how the discovery helped to understand the effects of dark matter on the universe.

He continued: “We set out to try and interpret this object.

“The observer and his telescope were here (on the right), and if a galaxy is exactly in line with Abell 370,  then extremely strong deflections of light rays occur.

“This leads to the formation of a gravitational arc.”

Although the existence of dark matter is generally accepted by the scientific community, some astrophysicists, intrigued by certain observations which do not fit the dark matter theory, argue for various modifications of the standard laws of general relativity.

These include the modified Newtonian dynamics, tensor–vector–scalar gravity, or entropic gravity.

The models attempt to account for all observations without invoking supplemental non-baryonic matter.