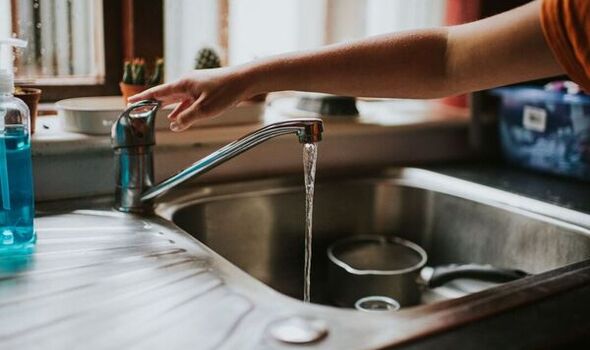 Regulator Ofwat revealed yesterday they only spent £1.3billion of the £2.2billion that boosts family bills to tackle things such as sewage dumped in rivers and building wastewater infrastructure.

Emma Clancy, chief executive of the Consumer Council for Water, said: “Customers will feel like they’ve been shortchanged if water companies fail to deliver on their promises and that risks eroding trust in the industry.

“Households have a right to expect that their money is being spent wisely and customers have made clear to us they see a resilient water supply, tackling leakage and protecting the environment as priorities.”

Ofwat said between 2020 and 2022 14 companies underspent on improving their water network and eight on wastewater.

Affinity Water and Northumbrian Water spent just 47 per cent and 48 per cent of their water enhancement allowance respectively. For Yorkshire Water and South West Water these figures were 20 and 39 percent.

Ofwat sets allowances for how much companies can charge households for investment.

The regulator’s boss David Black called on bosses to “get a grip” and said: “We expect companies to deliver the improvements they were funded to deliver. No ifs, no buts.”

Trade body Water UK said: “Today’s data represents a short snapshot that only covers two of the five years in the current regulatory period – the first of which was severely disrupted by Covid. “This caused companies to reprofile some of their construction programmes.”

Environment Secretary Therese Coffey meanwhile has promised to hold water firms’ “feet to the fire” amid public anger over sewage and spills.

She told the Commons Environment, Food and Rural Affairs Committee new powers in the Environment Act “will be deployed to increase transparency”.

Yorkshire Water’s hosepipe ban has been lifted despite the county still being in drought. It follows a wet autumn.