Pooling your money is GOOD for your relationship: Couples who combine their finances are more ‘connected’ and less likely to split up, study finds

It may be a big step in any relationship, but a new study claims that couples who pool their money have a better connection and are less likely to split up.

Researchers say it is especially true for low-income couples who combine their bank accounts as opposed to holding separate accounts.

They discovered that couples with pooled finances had interactions that were more positive and stable, leading to them using shared language to describe their relationships.

Couples with pooled finances had interactions that were more positive, leading to them using shared language to describe their relationships, researchers at Cornell University said (stock)

HOW COMMON ARE JOINT BANK ACCOUNTS?

Joint accounts have fallen out of favour in recent years.

In the 1970s, roughly half of all married couples in the UK combined their incomes.

But this has dropped to one in eight couples today, with levels lowest among those in their twenties or thirties.

The decline of traditional marriage and the rise in the number of working mothers is thought to be behind the trend.

They drew from classic social psychology’s interdependence theory, which suggests that in order to assess and understand the quality of a couple’s relationship, it is important to consider the unique situation for each interaction, as well as the individual’s needs, thoughts and motives.

The study was led by Emily Garbinsky, associate professor of marketing and management communication at the Samuel Curtis Johnson Graduate School of Management at Cornell.

She said: ‘We expected pooled finances to increase one’s level of dependence on their partner, as well as align the couple’s (financial) interests and goals, things that interdependence theory tells us are associated with high levels of relationship quality.’

In addition, the authors analysed survey data across population samples in the US, UK, and Japan.

Their findings showed a stronger association between pooling finances and relationship satisfaction in the US and UK, compared to Japan.

‘We suspect that the difference in strength is due to the fact that the US and UK are individualistic cultures, while Japan is a collectivist culture,’ Garbinsky said.

‘Individualistic cultures tend to focus on the self and an ‘I’ identity, while collectivist cultures focus on group membership and a ‘we’ identity.

‘Because members of collectivist cultures, such as Japan, are already accustomed to focusing on significant others, their relationship may not benefit as strongly from the boost in interdependence as when couples from the US and UK pool their finances together.’

She added: ‘It is our hope that by identifying who is likely to benefit most from pooling finances, and why research in this area can help couples both decide how to organise their finances to maximise relationship quality and ultimately improve their well-being.’

The study has been published in the Journal of Personality and Social Psychology.

WHAT CAUSES RELATIONSHIPS TO FAIL?

A relationship can have many downfalls but ‘marriages often die more by ice than by fire’ says leading relationship expert Dr Michael McNulty.

Couples drift apart and this often leads to break-ups.

The first steps that lead to couples drifting apart in a break-up can be broken down as follows:

Stage one: More negativity than positivity seeps into the relationship.

Stage two: The four horsemen of the apocalypse – Contempt, criticism, defensiveness and stonewalling all contribute to a poisonous relationship.

Stage three: Flooding – The stage where anger starts coming out in the relationship and the partners become highly emotional.

Stage four: Emotional disengagement – After the vast amount of emotional unrest before this is where the relationships becomes stale, with both parties checking out already. 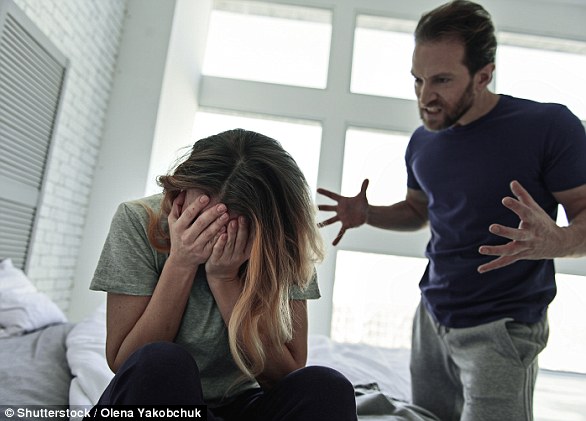