Comet NEOWISE has quickly become a fan-favourite among amateur astronomers dipping their toes in stargazing for the first time. With a beautiful tail tens of thousands or even millions of miles long, the Comet has been visible all month. Comet NEOWISE is soon expected to make its closest pass of Earth, coming within 64 million miles (103 million km) of our planet.

The icy comet was discovered on March 27 this year and was officially named C/2020 F3 NEOWISE.

On July 3, Comet NEOWISE flew past the Sun and, luckily for everyone back on Earth, survived its encounter with the star.

The comet will now make its closest pass of Earth on Thursday, July 23. 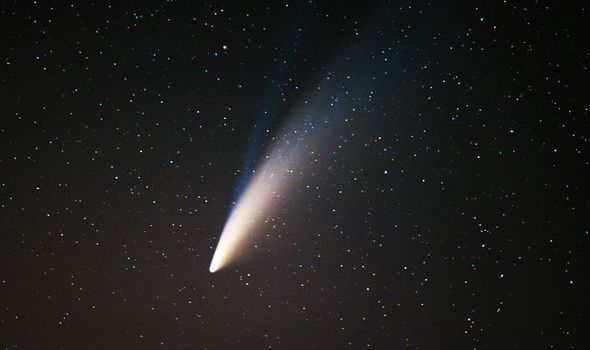 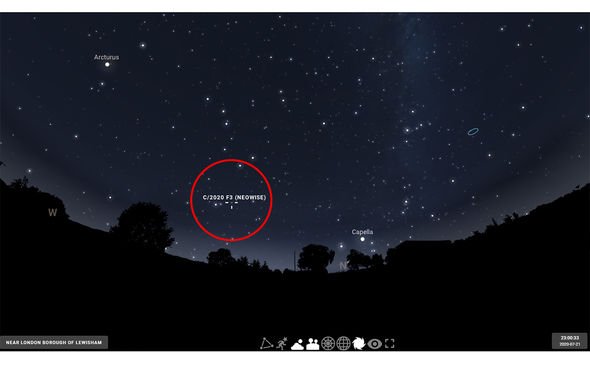 Where is Comet NEOWISE now?

Comet NEOWISE is the brightest comet to be seen from the Northern Hemisphere since the flyby of Hale-Bopp in 1997.

The comet appeared in the northern skies in early July, peaking in brightness in the wee morning hours.

Since about mid-July, the comet’s peak viewing times have shifted to the evening hours.

Right until the end of the month, the comet will steadily climb in altitude but it has already started to fade.

Unfortunately, you will not be able to spot the comet if you live in the Southern Hemisphere. 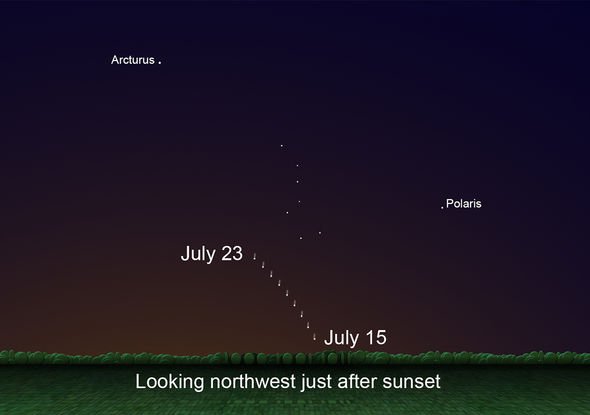 Look for NEOWISE just below the Big Dipper or Plough asterism.

The Big Dipper’s seven bright stars are part of the Ursa Major constellation in the northwestern skies.

NASA’s Emily Kramer, NEOWISE co-investigator said: “You should be able to see it from most places in the Northern Hemisphere, so long as you have a reasonably dark sky and have a clear view of the northwestern horizon.”

It might be harder to spot the comet if you live in a big city because of light pollution. 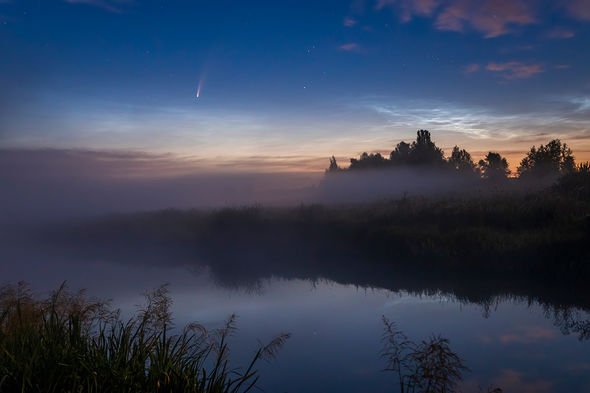 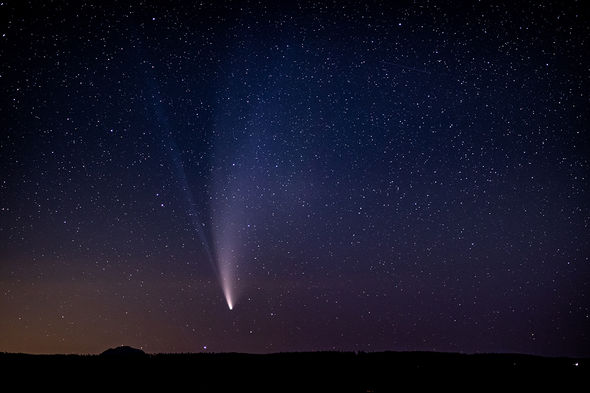 And though many astronomers have said the comet is visible to the naked eye, take a pair of binoculars or a small telescope with you.

Keep your eyes peeled for the comet about an hour after sunset.

If you really want to see the detail in the comet’s tail, you will need to take a long exposure photograph.

Joe Masiero, the deputy principal investigator of the NEOWISE mission, said: “You can’t really see it with the human eye although you might notice it moving a little bit with respect to the background stars.

“If, for instance, you have a camera with a tripod and you’re taking images over time, but on minute-to-minute, it’s not moving very fast.

“If you’re two images night-to-night, you will see it distinctly moving against the background frame of the stars.

“So you can see that motion over even one day.”

Once NEOWISE passes out of sight, it will not visit Earth again for at least 6,800 years.