Comet NEOWISE is the brightest comet to be seen from the Northern Hemisphere since at least 1997. But as the comet races towards the outer edges of the solar system, it has already begun to fade. Tomorrow (July 23), Comet NEOWISE (C/2020 F3) will make its closest pass of the planet from about 64 million miles and this could be your last chance to photograph the comet and its tail.

Once Comet NEOWISE fades out of sight by the end of the month, it will not return for at least 6,800 years.

Dr Ian Whittaker at Nottingham Trent University said: “The comet is really interesting in that it is the first comet highly visible to the naked eye since Hale-Bopp in 1997, although if you lived in the Southern hemisphere you would have seen comet McNaught in 2007.

“Like all comets, Neowise has two tails, one made of neutral material such as ice and dust which is highly reflective, and one of charged particles.

“It was only actually discovered in March by the WISE satellite, showing how little of the objects coming into the solar system we actually know about in advance.” 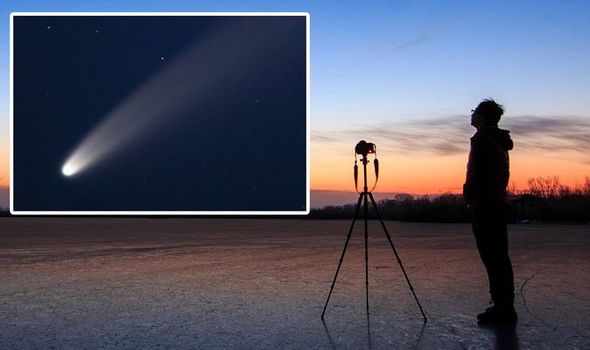 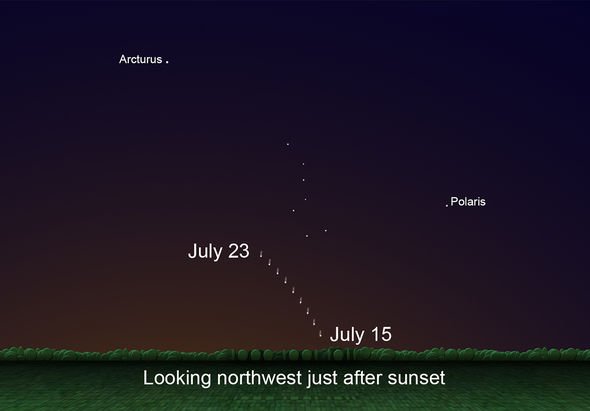 How to see Comet NEOWISE at night:

The icy comet is visible exclusively from the Northern Hemisphere.

You can see NEOWISE in the northwestern skies if you look about an hour after sunset.

Since about mid-July, the comet has been climbing higher with each consecutive night.

NEOWISE is currently flying right under the seven bright stars of the Big Dipper or Plough asterism, which is part of the constellation Ursa Major.

How to photograph Comet NEOWISE:

Comet NEOWISE should remain visible until the end of the month.

Although some astronomers have seen the comet by the naked eye, it will only appear as a fuzzy object against the starlit sky.

The comet is best seen through a pair of binoculars or a small telescope, which will reveal detail in its tail.

If you want to photograph the comet and its tail, you will need to grab a tripod and a camera with a manual shutter speed settings. 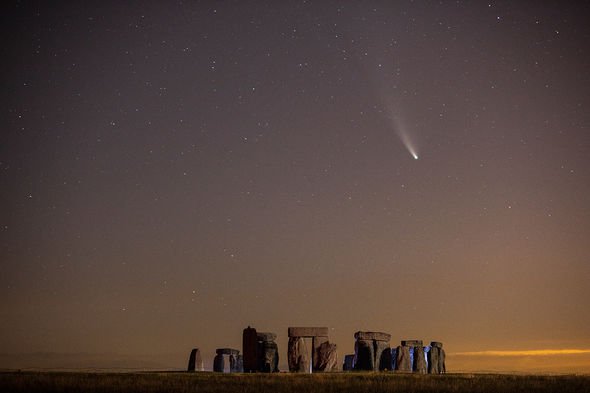 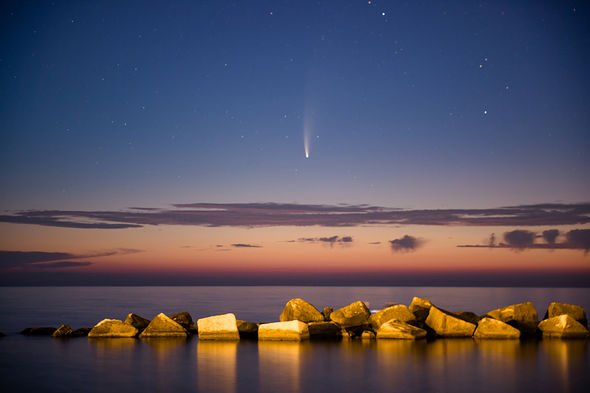 Dr Whittaker said: “If you want to take a professional looking image then you will need a long exposure on your camera, this can be achieved with a mobile phone with appropriate apps.”

According to Chris George of Digital Camera World, a shutter speed between five and 10 seconds should be enough to capture the comet.

You should try a fairly wide lens and crank your aperture all the way up to allow the maximum amount of light to hit your camera sensor.

You can also bump up your ISO settings to brighten the image at the cost of a grainier photo.

And don’t forget to use a tripod or your photos will come out blurry.

If you want to avoid long star trails in your picture, a general rule of thumb is to divide your lens’ focal length by 500 and round the number up or down to get your exposure time.

But the rule does not apply to all cameras due to different crop factors on their sensors, so play around with the settings.

If you use a wide focal length, try to frame the comet against another point of interest – a building, a tree or a hill.

One thing to keep in mind is stargazing in big cities like London will involve a lot of light pollution so it might not be as easy to snap that perfect photo.