Coffee could help germaphobes who compulsively wash their hands to overcome their obsessive behaviour, study suggests

Drinking a cup of coffee could help obsessive germaphobes to overcome their compulsion to wash their hands, a study has concluded.

Obsessive Compulsive Disorder is a mental health condition characterised by intrusive thoughts that the sufferer may attempt to relieve with repeated behaviours.

Researchers from Isreal explored how long people with compulsive cleaning habits could put off washing their hands after touching a mock ‘dirty’ object.

They found that the subjects could wait twice as long — and appeared less distressed — if they had first had a cup of regular coffee.

The arousal provided by caffeine, the team explained, increases inhibition — which, in turn, can help to stop unwanted and compulsive thoughts and behaviours. 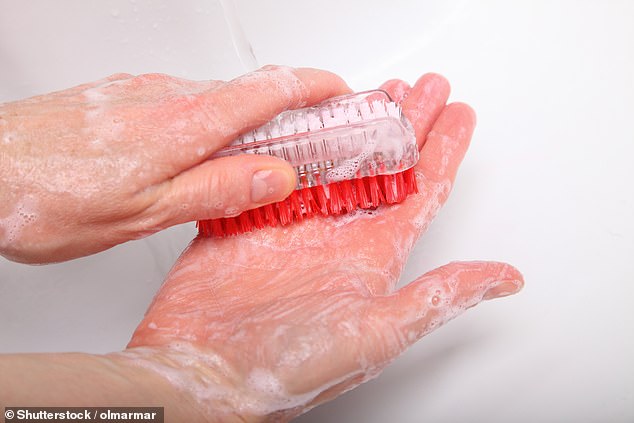 Drinking a cup of coffee could help obsessive germaphobes to overcome their compulsion to wash their hands, a study has concluded. The arousal provided by caffeine, the team explained, increases inhibition — which, in turn, can help to stop compulsive thoughts

‘Our research demonstrates how arousal can help to stem compulsive behaviour,’ said paper author and psychologist Hadar Naftalovich of the University of Jerusalem.

In the study, Mr Naftalovich and colleagues recruited 47 individuals who suffered from high contamination fears and compulsive cleaning habits.

Each volunteer was given a cup of either regular or decaffeinated coffee to drink.

They were subsequently asked to touch a mock ‘dirty’ baby’s nappy — and then wait as long as possible before they washed their hands.

The researchers found that the participants who had drunk the caffeinated beverage exhibited significantly less distress and experienced a lower urge to wash their hands than the group who had been given the decaf coffee.

Similarly, the regular coffee drinkers were able to resist the urge to compulsively clean themselves for twice as long as their caffeine-free counterparts. 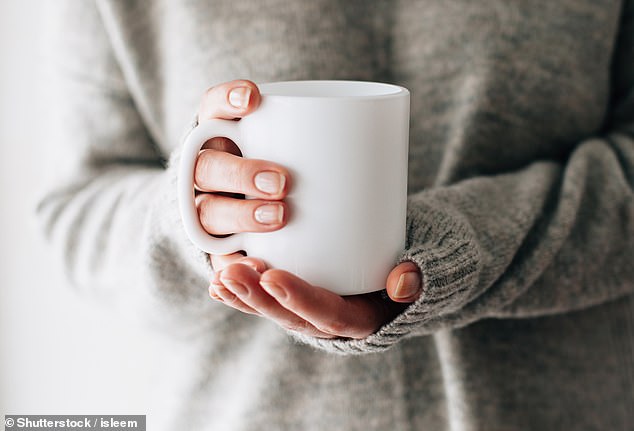 Volunteers who drank a cup of regular coffee were able to resist the urge to compulsively clean themselves for twice as long as their caffeine-free counterparts after touching an apparently dirty object, researchers found

‘Increased arousal due to caffeine intake may increase inhibition, which in turn may play a crucial role in stopping intrusive thoughts (such as disgust), urges, and compulsive cleansing in individuals with high contamination fears,’ the team said.

‘Patients and clinicians will find it useful to know that it is more feasible to control symptoms during times of high arousal and can use this knowledge to improve treatment outcomes.’

‘Arousal should be considered as a new treatment target by both psychopharmacological and psychotherapy scientists.’

The full findings of the study were published in the Journal of Anxiety Disorders.

Obsessive compulsive disorder, usually known as OCD, is a common mental health condition which makes people obsess over thoughts and develop behaviour they struggle to control.

It can affect anyone at any age but normally develops during young adulthood.

It can cause people to have repetitive unwanted or unpleasant thoughts.

People may also develop compulsive behaviour – a physical action or something mental – which they do over and over to try to relieve the obsessive thoughts.

The condition can be controlled and treatment usually involves psychological therapy or medication.

It is not known why OCD occurs but risk factors include a family history of the condition, certain differences in brain chemicals, or big life events like childbirth or bereavement.

People who are naturally tidy, methodical or anxious are also more likely to develop it.