The melting of Himalayan glaciers has “accelerated” drastically over the past 40 years as a result of global warming. As the ice melts and retreats, the long-lost bodies and bones of dead mountaineers start to surface. Satellite observation over China, India, Nepal and Bhutan reveal the glaciers have been loosing more than 18 inches or 1.5ft of ice per year since 2000. Climate change experts at Columbia University’s Lamont-Doherty Earth Observatory in the US, fear glaciers are now loosing twice as much ice as between 1975 and 2000.

Within the timeframe of 2000 to 2016, temperatures in the Himalayas have consistently averaged 1C degrees hotter than between 1975 and 2000.

Scientists presented these findings in a paper in the June 19 issue of the journal Science Advances.

The study was published under the title of Acceleration of ice loss across the Himalayas over the past 40 years.

Lead author Joshua Maurer, a PhD candidate at Columbia, said: “This is the clearest picture yet of how fast Himalayan glaciers are melting over this time interval, and why.”

There are many dangers associated with the rapid loss of ice in the Himalayas – primarily the potential loss of life from flooding. 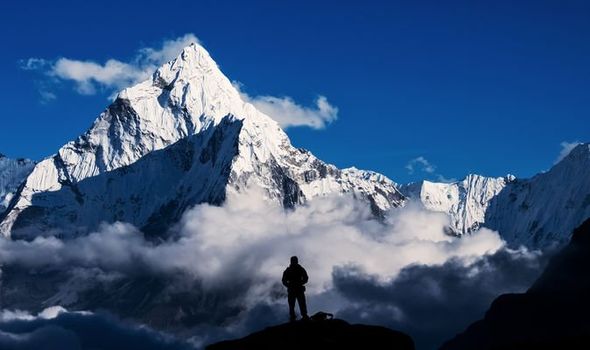 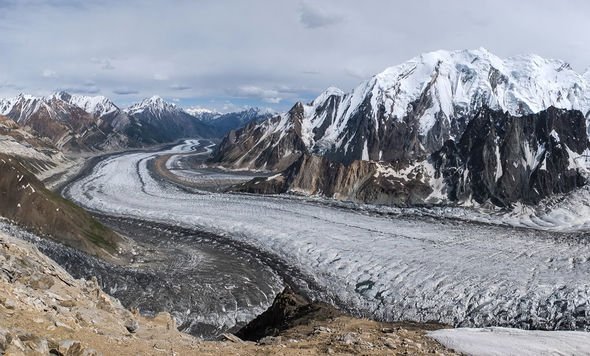 The Himalayas, which are home to the world’s tallest mountain Mount Everest, hold an approximate 600 billion tonnes of ice and are often dubbed the Third Pole.

But in the last 40 years alone, Mr Maurer said the Himalayan glaciers may have lost a quarter of their mass.

And a report published by the International Center for Integrated Mountain Development this year warned the glaciers could be gone by the year 2100.

With this comes the increased risk of disrupting water supplies and floods for those living in the shadow of the icy mountain range.

Some 800 million people depend on seasonal runoffs of freshwater from the Himalayas to drink, nourish their farms and provide hydroelectric power.

But as the glacial ice continues to melt and disappear, the danger is two-fold – access to drinking water will become scarce and melting ice will naturally pool into volatile reservoirs of water.

These reservoirs will form when melting ice water gets trapped behind rocks and obstacles, growing in size until they spill over and run down mountains in the form of “glacial lake outburst floods” (GLOFs).

A 2017 study in the Oxford Research Encyclopedia warns: “GLOFs clearly may also have catastrophic societal impacts, if they affect settled areas. 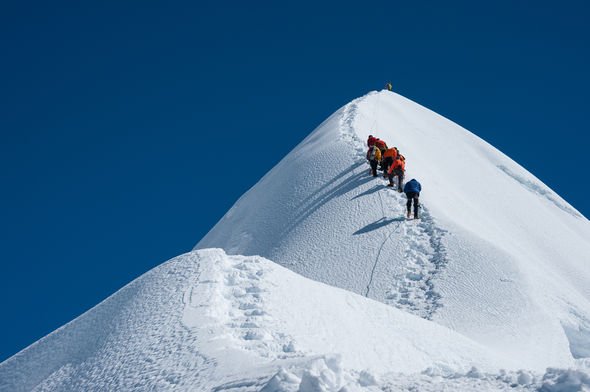 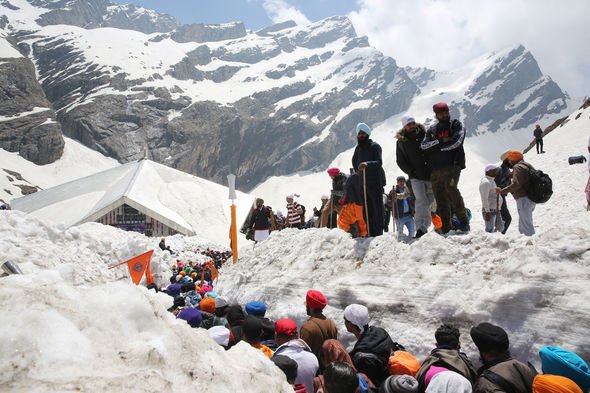 “Fatal GLOFs have been documented in the Andes and in the Hindu Kush-Himalaya region.

“With ongoing climate change, the risk of GLOFs has been predicted to increase, due to the formation and evolution of different subtypes of new, potentially hazardous, glacial lakes, often hand in hand with both the increasing vulnerability of the elements at risk and low adaptive capacity.”

Joseph Shea, a glacial geographer from the University of Northern British Columbia who was not part of the original study, argued the glaciers are directly responding to the burning of fossil fuels.

The climate expert told Columbia’s Earth Institute: “In the long term, this will lead to changes in the timing and magnitude of streamflow in a heavily populated region.”