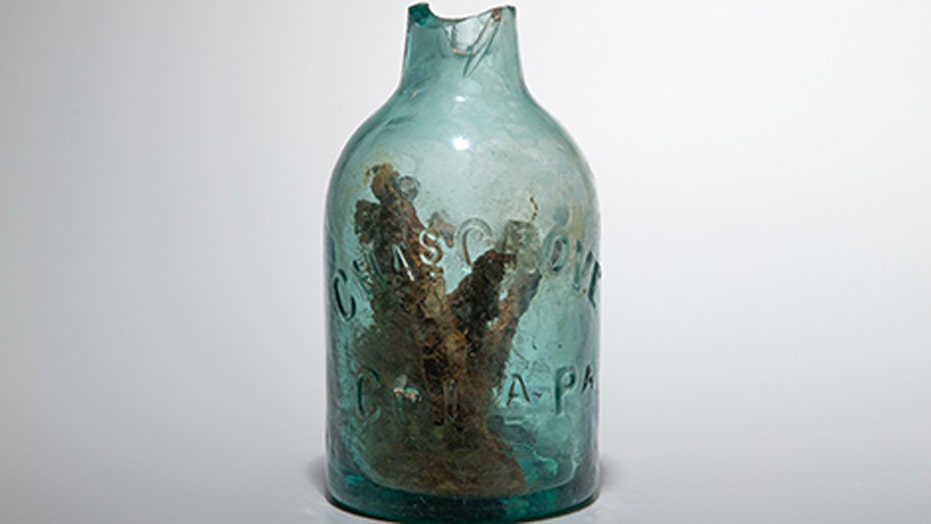 A glass bottle stocked with old, rusted nails dating back to the Civil War has been discovered in Virginia. Unlike other glass bottles, this one may have been used to "ward off spirits," according to experts.

Known as a "witch bottle," the glass bottle was found between the exits 238 and 242 on Interstate 64, according to a release from the William & Mary Center for Archaeological Research (WMCAR). During the Civil War, the area was known as Redoubt 9, a mini-fort constructed by Confederate troops. It was eventually taken over by Union troops in 1862.

“It was this glass bottle full of nails, broken, but all there, near an old brick hearth,” said WMCAR director Joe Jones in the statement. “We thought it was unusual, but weren’t sure what it was.” 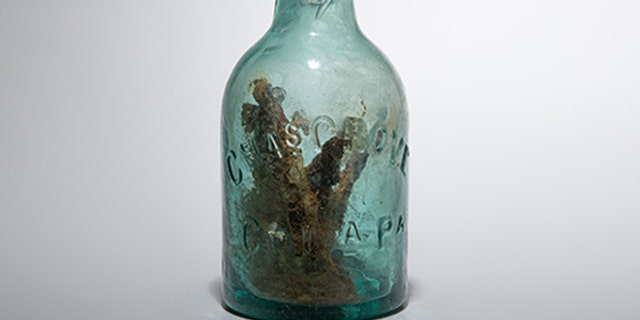 The researchers initially believed the bottle, made in Pennsylvania and nearly 5 inches tall and 3 inches wide, was just a place to store nails as the troops built and repaired the fort, "They were building up a fortification, so we just assumed they needed a place to keep their nails and used a bottle,” Jones added.

However, researchers Oliver Mueller-Heubach and WMCAR founder Robert Hunter suggested that it was a witch bottle, which had been used in other cultures around the world during the late Middle Ages, before being introduced to North America by colonial immigrants.

Used to "ward off evil spirits," a person would bury the bottle near their hearth (a stone-lined fireplace) and the heat would "energize the nails into breaking a witch’s spell," according to the statement. Nearly 200 "witch bottles" have been discovered in England, but less than a dozen have been unearthed in the U.S.

“It’s a good example of how a singular artifact can speak volumes,” Jones said. “It’s really a time capsule representing the experience of Civil War troops, a window directly back into what these guys were going through occupying this fortification at this period in time.”

Redoubt 9 was one of 14 mini-forts built between the James and York rivers to try and stop the Federal assault, Jones added. It was eventually occupied by the 5th Pennsylvania Cavalry for periods between May 1862 and August 1863.

“Pennsylvania Cavalry would have occupied the outlying redoubts, including Redoubt 9, in the days and months following that raid in an attempt to keep Confederates from retaking them,” Jones explained. “There were a lot of casualties and fear during this period. The Union troops were an occupying force in enemy territory throughout most of the war, so there were plenty of bad spirits and energy to ward off.”

Unfortunately, there's no way to be certain whether it was a witch bottle used to keep away evil spirits or just a centuries-old bottle full of nails, as the top of it was broken. Previous witch bottles have included artifacts of people that were buried with them, including nail clippings, hair locks and even urine.

“Perhaps the nails in the bottle were put there not by enlisted men using the bottle as an expedient container, but instead by an officer who felt especially threatened occupying hostile territory,” Jones said. “Given the perceived threat of Confederate attack and general hostility of local residents, he had good reason to pull all the stops and rely on folk traditions from his community in Pennsylvania to help protect his temporary home away from home.”

Researchers have uncovered a number of Civil War-era artifacts in recent memory. In August 2019, a log cabin, thought to date to the Civil War era or even earlier, was found inside a house in Arkansas.

Two Civil War-era graves were also found in 2019, including a headstone bearing the name “C.S. Hall” and the details “Co. K, 32nd U.S.C.T,”  which refers to Company K of the 32nd U.S. Colored Troops, a designation for African-American soldiers.