Forget Aladdin and Jasmine! Children should get lessons in school on how to build strong relationships to counteract ‘Disneyfied’ portrayals of love, scientists claim

Ask any child their favourite film, and there is quite a high chance they will name a Disney movie, like ‘Beauty and the Beast’ or ‘Aladdin’.

However, experts believe that these films are giving them the wrong idea about what a healthy relationship looks like.

In ‘Aladdin’, the hero whisks Princess Jasmine away from restrictive palace life, while ‘Cinderella’, ‘Snow White’, and ‘Sleeping Beauty’ all involve a young girl being saved by a ‘handsome prince’.

Researchers at the University of Exeter surveyed young people and found they had the desire to learn skills to help them develop relationships at school. 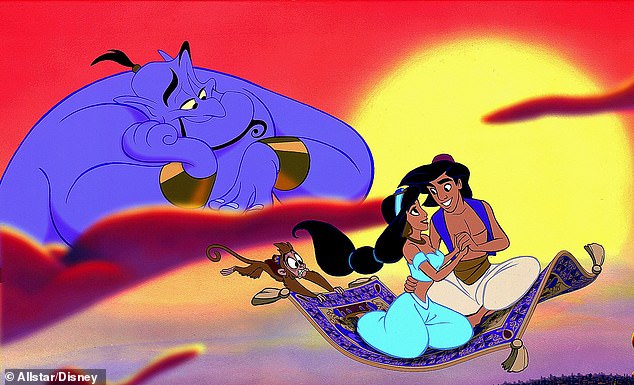 In ‘Aladdin’ (pictured), the hero whisks Princess Jasmine away from restrictive palace life. Experts believe Disney films give the wrong idea about what a healthy relationship looks like

In fact, they sometimes have better mental health than their romantically-linked peers and are equally well-adjusted.

The data found that adolescents who were not in a romantic relationship had good social skills and low depression, and fared better or equal to peers who dated.

Study author Simon Benham-Clarke said: ‘Those we surveyed highlighted the importance of teaching skills such as relating, communication, empathy, respect, conflict resolution and repair and ending relationships kindly and safely.

‘Our research shows schools need improved support to run relationships education, including specialist expertise and resources, and guidance on signposting pupils to external sources of help.

‘Positive relationship behaviours should be modelled, integrated and built on throughout curriculums nationally and reflected in a school’s ethos.’

For the study, published this week in BMC Public Health, the researchers conducted focus groups with 24 young people aged between 14 and 18.

They also interviewed 10 relationship professionals, asking them their views on what a strong relationship consists of and how best to teach older children about them.

All interactions were recorded and then the researchers identified common themes that came up with the young people and professionals, and compared the two.

Many of them commented on the influence of fairytales on how they view relationships, especially Disney. 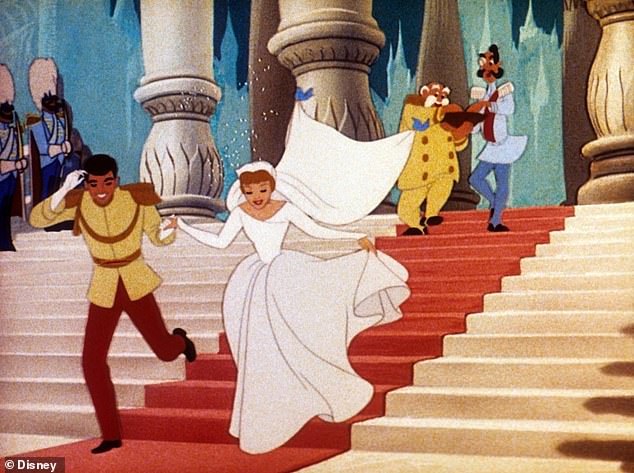 One teenage study participant said that Disney films, like ‘Cinderella’ (pictured), give a ‘toxic image’ of relationships. She said: ‘It’s very much the female is feeble, and she must be saved by the male, and it kind of creates a toxic masculinity’

One female participant said: ‘I think it actually does create this toxic image to some degree… it’s very much the female is feeble, and she must be saved by the male, and it kind of creates a toxic masculinity.’

Another added: ‘It’s embedded into our heads that it’s always Prince Charming and it’s always the prince and the princess … you don’t understand it until you actually get to it, and that’s when you realise that it’s not like Disney movies or anything.’

All said that a good relationship education would help them, particularly lessons on how to manage different stages of a relationship, end them and cope with the aftermath.

They particularly were interested in learning how to communicate, and about conflict resolution.

Both the young people and the professionals recognised that schools could play an important part in this.

The teenagers said they would be happy to start this kind of education as young as primary school age, starting by looking at friendships before moving on to romantic relationships.

This was thought to be particularly important for children with fighting parents, or who exhibit other unhealthy behaviour.

However, they also recognised that not everything could be learnt in the classroom, with the teenagers saying that learning from one’s family should come first.

They were also wary that putting on lessons about romantic relationships could put some young people under pressure to pursuit them before they are ready. The teenagers said they would be happy to start relationship education as young as primary school age, starting by looking at friendships first (stock image)

Dr Ewing added: ‘Relationship professionals thought that there were key transition moments in life, getting married or having a baby, where people are receptive to learning relationship skills, but that schools had a critical role in teaching and embedding critical skills around initiating and maintaining a healthy relationship.’

According to the researchers, being in a ‘distressed’ relationship has been associated with alcohol misuse, obesity, child poverty and poor mental health.

Indicators of a distressed relationship are feeling unhappy with it, regret, regular arguments and considering separation or divorce.

As a result, they conclude that teaching children from a young age about how relationships work may reduce these instances.

This will also help them reject the idea that a ‘Disneyfied’ couple is a normal or ideal relationship template.

Find out about why letting your teenage children lie in reduce depression and improve academic performance.

And, poor children who make friends with rich kids are more likely to increase their future incomes, study finds.

Teenagers who have good relationships with their families are less depressed later in life, study finds

Having a good relationship with your family during childhood and teen years may be protective against depression later in life, a new study suggests.

Researchers, from the University of North Carolina at Chapel Hill, found that teens who didn’t argue with their families and said they had a close-knit family unit were less likely to report feeling anxious or sad.

Women, particularly, had double the risk of reporting depressive symptoms if they didn’t have a great relationship with their families – especially early in life.

The team says its study provides evidence that teens who learn problem solving and coping skills from their parents – and ‘knowing there is someone to rely on in times of emotional need’ – are better equipped to handle stress in adulthood.