Chernobyl’s nuclear reactor exploded in Ukraine on April 26, 1986, killed 31 people and resulted in the mass evacuation and abandonment of a huge area and led to an evacuation of 50,000 people. The disaster prompted the second most expensive nuclear clean up in human history, costing £39billion.

Now the ramifications of the disaster are starting to rear their ugly heads once again, as a fire in the town is causing radiation levels to spike.

As the fire burns objects such as trees which have contained the nuclear fallout, radiation is seeping into the air.

Egor Firsov, the head of Ukraine’s ecological inspection service, wrote in a Facebook post: “There is bad news — in the center of the fire, radiation is above normal.

“As you can see, the readings of the [Geiger counter] are 2.3, when the norm is 0.14. But this is only within the area of the fire outbreak.” 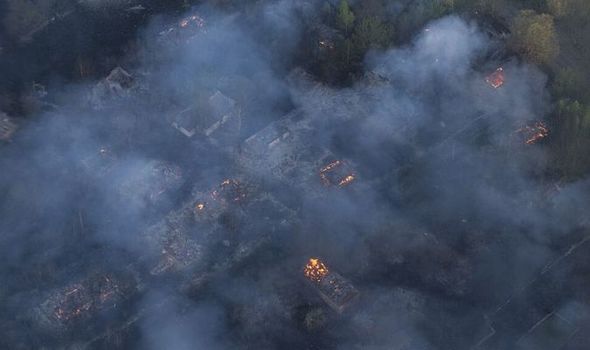 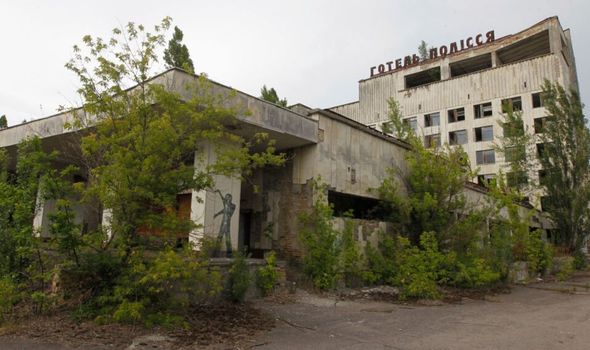 With radiation levels beginning to creep up, residents of the Ukrainian capital Kiev, which is 60 miles south of Chernobyl, are worried.

However, Mr Firsov said there is nothing for those in the capital to worry about.

He said: “You don’t have to be afraid of opening your windows and airing out your home during the quarantine.”

Police have arrested a 27-year-old man from the area, who told authorities that he started the blaze “for fun”. 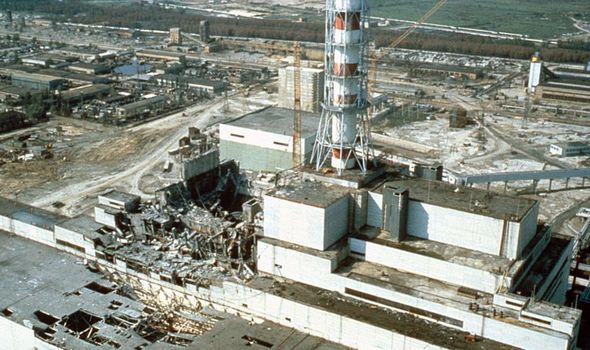 With the town of Chernobyl being largely abandoned by humans, nature has reclaimed the area, with wild boar and wolves ofter spotter roaming the deserted streets.

However, forest fires are still common in the region, according to Mr Firsov.

He said: “The problem of setting fires to grass by careless citizens in spring and autumn has long been a very acute problem for us.

“Every year we see the same picture — fields, reeds, forests burn in all regions.” 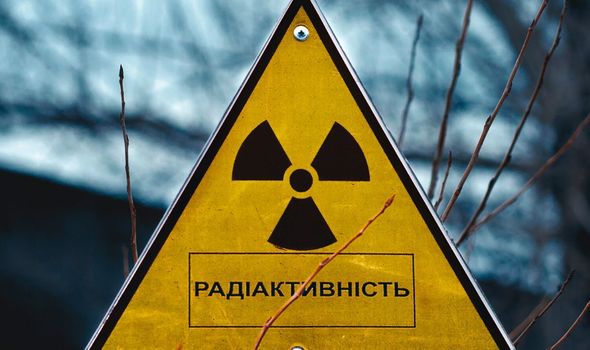 To this day, a 19-mile exclusion zone remains in place, with authorities estimating the area will not be officially safe for human habitation for hundreds of years due to the huge amounts of radioactivity being released.

The area in Ukraine is still a no-go zone due to the vast amount of radiation still present.

A UN study has predicted the eventual death toll caused by cancers related to the blast and other illnesses will reach 4,000.

The nuclear accident even affected the ecosystem and food chain, with domestically-sourced wild boar meat causing concern due to the now-radioactive mushrooms the animals eat.