The Chernobyl Nuclear Power Plant in northern Europe exploded on April 26, 1986, threatening the whole of Europe. The nuclear disaster was triggered by a failed safety test and killed at least 30 people within the first three months of the blast and thousands are believed to have suffered from the effects of radiation for many years to come. Fears of Chernobyl are on the rise again after wildfires erupted in Ukraine.

What countries were affected by the Chernobyl disaster?

The Chernobyl reactor exploded a short distance away from the Soviet town of Pripyat in the Kiev Oblast, or region, near the border of Belarus.

The disaster produced the “largest uncontrolled radioactive release into the environment ever recorded” and mostly had an immediate impact on Ukraine, Belarus and West Russia.

Chernobyl Reactor Four exploded at 1.23am local time on April 26, causing a fire to pump radioactive material into the atmosphere for 10 days straight.

The World Nuclear Association estimates at least five percent of the reactor’s nuclear material leaked into the atmosphere.

Vast swathes of Belarus were contaminated by the explosion, rendering about a fifth of the country’s arable farmland unusable. 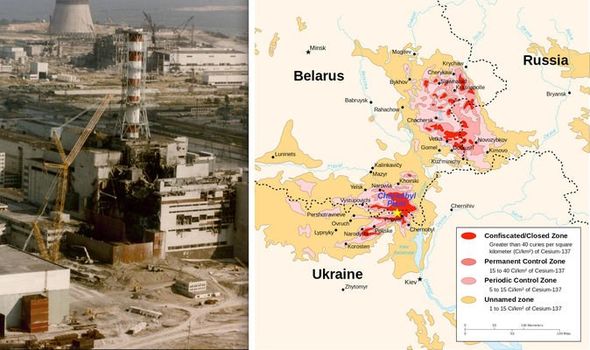 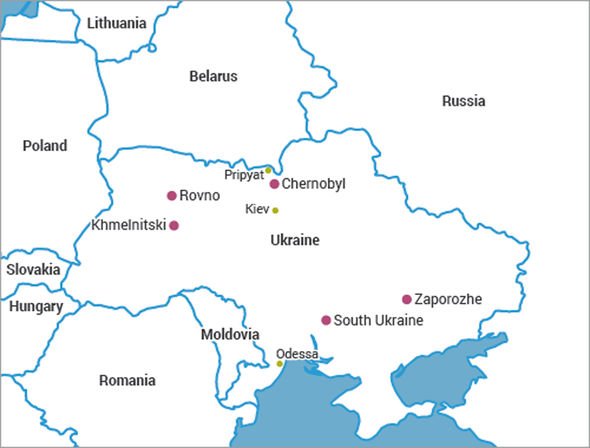 But the presence of strong winds in the atmosphere that night pushed radioactive fallout further into West Europe and Scandinavia.

Just days after the nuclear incident occurred, raised levels of background radiation were being observed in places like Sweden.

The World Nuclear Association said: “Most of the released material was deposited close by as dust and debris, but the lighter material was carried by wind over Ukraine, Belarus, Russia, and to some extent over Scandinavia and Europe.”

According to the World Health Organization (WHO), approximately 7,722 square miles (20,000 square kilometres) of Europe were contaminated.

The exact impact of the radiation depended on whether it was raining when contaminated winds passed overhead.

A lot of the radioactive strontium and plutonium particles released by Chernobyl, for instance, settled on the ground up to 62 miles (100km) from the exposed reactor.

Radioactive iodine, also released in the disaster, has a very short half-life and has decayed by now.

Most of the released material was deposited close by

Some areas contaminated by radioactive strontium and caesium will remain a “concern for decades to come”.

The WHO said: “Although plutonium isotopes and americium 241 will persist perhaps for thousands of years, their contribution to human exposure is low.”

A current concern remains in northern Europe and Scandinavia where herds of reindeer feeding on radioactive vegetation have left them inedible for humans.

These radioactive reindeer are found all across Sweden, Norway, Russia and Finland.

Experts have also found low-level radiation in lakes and rivers in Sweden and Germany but the radioactivity is mostly “not significant for humans”.

DON’T MISS
What are the symptoms of radiation sickness? [INSIGHT]
Zombie outbreak: Coronavirus tells us all we need to know [ANALYSIS]
How to visit Chernobyl power plant site after tragedy [INSIGHT] 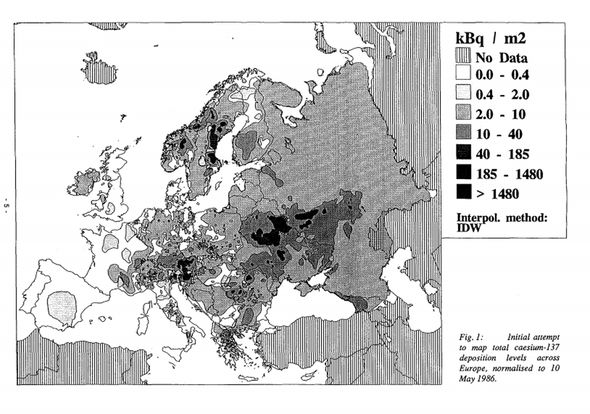 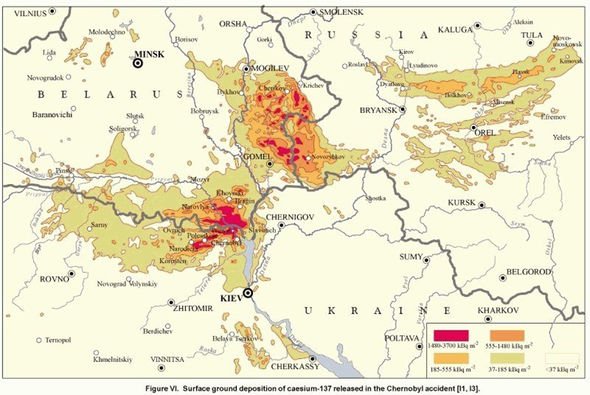 Belarus, Ukraine and Russia suffered the worst effects of the nuclear disaster.

In 2005, the WHO estimated around five million people still lived in areas most contaminated by Chernobyl radionuclides.

About 100,000 of these people lived in areas once deemed under “strict control”.

And since the Chernobyl disaster, experts have linked about 4,000 cases of thyroid cancer to the radioactive fallout,

How long before Chernobyl is safe again?

The nuclear disaster may have taken place 30 years ago but scientists estimate the irradiated zones will remain uninhabitable for thousands of years to come.

A 2016 study of the disaster by environmental group Greenpeace said: “The Chernobyl disaster caused irreversible damage to the environment that will last for thousands of years.

“Never in human history has such a large quantity of long-lived radioisotopes been released into the environment by a single event.”

There are however some, such as the general director of the Chernobyl Power Plant Igor Gramotkin, who said the contaminated area will remain uninhabitable for 20,000 years.