The catastrophic accident at the Chernobyl Nuclear Power Plant occurred on April 26, 1986, in the No. 4 nuclear reactor close to the city of Pripyat, in north Ukraine. The event saw 400 times more radioactive material than the atomic bombing of Hiroshima and Nagasaki sent into the sky. Locals were evacuated and told to pack enough for three days. Most never returned.

But as the abandoned towns in the exclusion zone became overgrown, the vegetation that sprung up in the absence of humans in this area has become a thriving haven for wildlife.

In 1998, Ukrainian zoologists released a herd of 30 endangered Przewalski horses into the zone, hoping they would graze on foliage and reduce the wildfire risk. 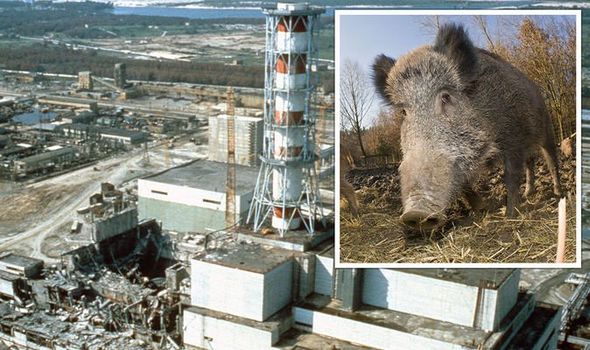 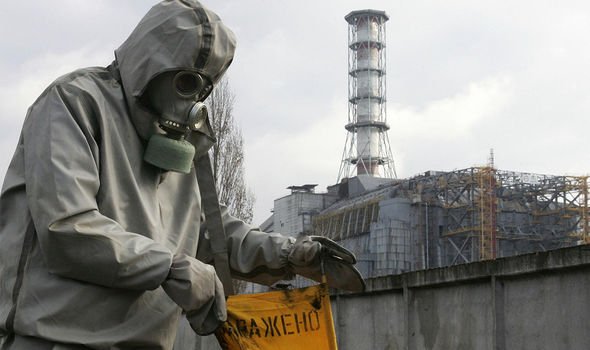 “We even put camera traps in old barns and buildings and they’re using them to shelter from mosquitoes and heat.

“They even lay down and sleep inside – they’re adapting to the zone.”

And they are not the only ones.

Dr Shkvyria has spent years tracking animals roaming around the area, which includes brown bears, lynx wild boar and a number of rare species of birds.

She said: “After 15 years of studying them, we have a lot of information about their behaviour. 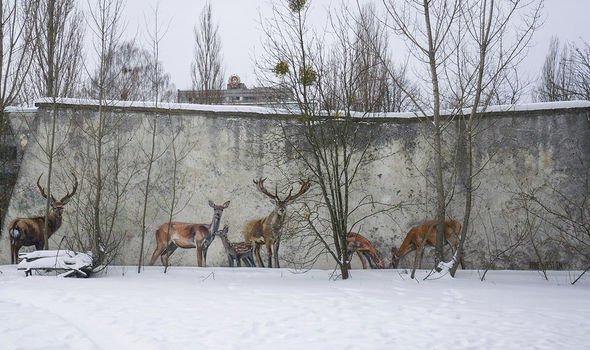 “And the Chernobyl wolf is one of the most natural wolves in Ukraine.”

She added that wolves “usually” eat natural foods like “livestock, crops and waste food,” but in the zone they are hunting wild prey such as deer and fish.

Denys Vishnevskiy started working in Chernobyl 20 years ago to observe the restoration of wildlife.

And he is now seeking to transform the exclusion zone into a reservoir for biodiversity.

The 43-year-old scientist, who lives and works in Chernobyl town, has been studying nature in the exclusion zone with one of his main areas of focus being on the impact of radiation on animals and their behaviour. 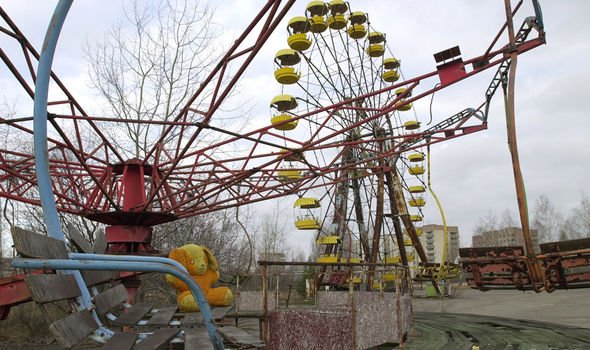 Amazingly, the expert believes the heightened levels of radiation in the area do not seem to have had a critical effect on them.

He stated: “This is a gigantic territory in which we keep a chronicle of nature.

“The exclusion zone is not a curse, but our resource ”

Public awareness of what happened at Chernobyl has been heightened by a popular and critically-acclaimed HBO mini-series about the disaster and its aftermath, which was also shown on Sky.

Tourist numbers doubled in 2019 before the pandemic and the Ukrainian government is now hoping an influx of visitors will return. 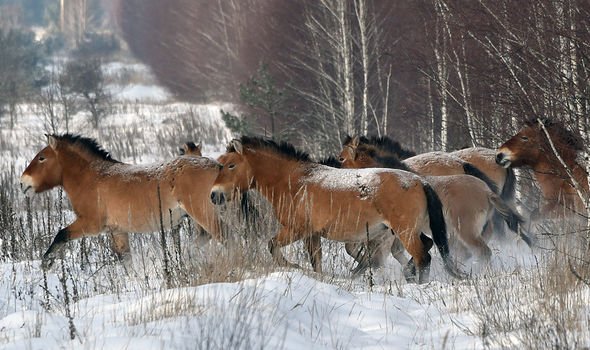 Bohdan Borukhovskyi, Ukraine’s deputy environment minister said yesterday: “Our tourism is unique, it is not a classic concept of tourism.

“This is an area of meditation and reflection, an area where you can see the impact of human error, but [where] you can also see the human heroism that corrects it.”

The central area of Pripyat has been cleared of trees and shrubs, and even reconnected to the electricity grid.

The authorities plan to construct set paths through the ruins so tourists can get close to sights such as the city’s abandoned swimming pool and amusement park.

All four of the plant’s reactors are in the process of being dismantled, but this work in itself will not be completed until 2064 at the earliest. 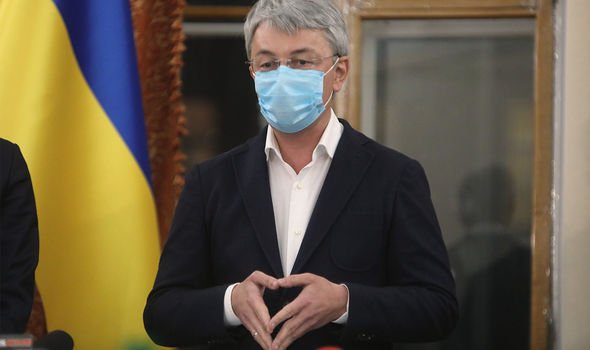 Parts of the site could be radioactive for centuries but levels are now said to be low enough for tourists to safely visit and for scientists to carry out their work.

Ukraine still forbids long-term habitation inside the zone, although about 100 people – mainly elderly former residents – are thought to have defied the order and continue to live there.

Kiev is also looking to have the exclusion zone listed as a UNESCO World Heritage Site.

“People should leave the exclusion zone with the awareness of the historical memory of this place and its importance for all mankind.”