Why champagne and oysters are a match made in heaven: Scientists claim ‘umami synergy’ is the secret to perfect food pairings

They’re a match made in heaven and a mainstay of posh dinner parties and extravagant celebrations.

But the pairing of oysters and champagne actually has a basis in science, a new study claims – rather than just being a shallow display of wealth.

Danish researchers say the two pair so well because they both have an ‘umami synergy’ and pack a rich, savoury hit.

Umami is one of the five tastes that register on the tongue, along with sweet, salty, bitter and sour.

First identified by a Japanese researcher in 1908, it’s generally used to describe a rich, meaty foods, like beef and broths, as well as yeast extracts like Marmite.

But the researchers have found that dead yeast cells in champagne contribute greatly to an umami flavour through a compound called glutamate.

This is complemented by umami that emerges from an oyster’s muscles in the form of organic molecules called nucleotides. They’re one of the most celebrated and classical food-beverage pairings in gastronomy, but consuming oysters and champagne actually has a scientific basis

The experts say the luxury paring has a basis in chemical food composition, rather than just food culture and tradition.

They had been driven to find out whether the pairing of oysters and champagne – one of the most celebrated and classical food-beverage pairings in gastronomy – has been ‘more art than science’.

‘Food and drink pair well when they spark an umami synergy from combinations of glutamate and certain nucleotides,’ said study author Charlotte Vinther Schmidt at the University of Copenhagen, Denmark.

‘Champagne and oysters create a notably synergistic effect that greatly enhances the taste of the champagne.

‘Furthermore, champagne contributes to the overall impression with, for example, its acidity and bubbles – that explains the harmony of these two foods.’

The European oyster, meanwhile, (Ostrea edulis) has higher free glutamate and nucleotide content than the Pacific oyster (Crassostrea gigas) and is ‘thus a better candidate to elicit synergistic umami taste’ when paired with these beverages.

For the ultimate combination of oysters and champagne this Christmas or New Year’s Eve, the experts suggest native Danish Limfjord oysters and an older vintage champagne. 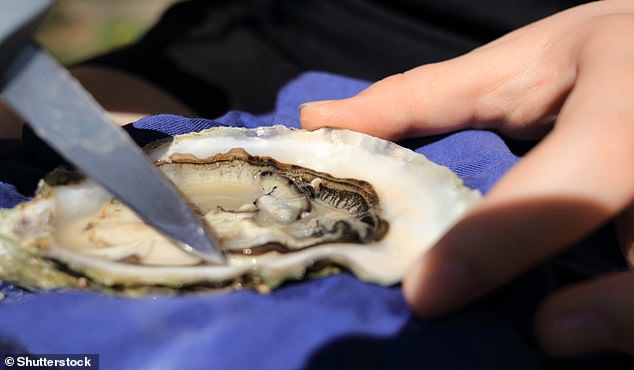 European oyster (ostrea edulis) being opened by hand. The species has higher free glutamate and nucleotide content than the Pacific oyster (crassostrea gigas) and is therefore a strong option to pair with champagne this festive season 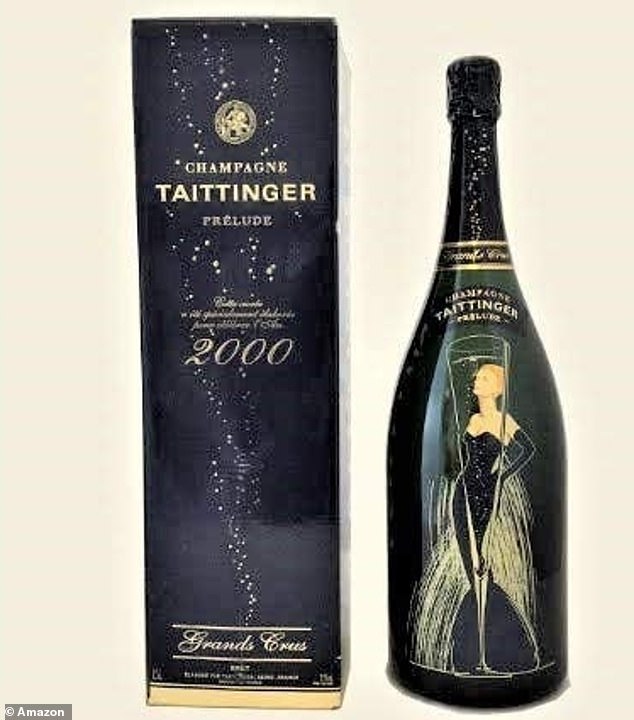 ‘One gets the most bang for the buck and best taste experience by tracking down flat Limfjord oysters and an unfortunately slightly more expensive bottle of older champagne,’ said Professor Ole G. Mouritsen from the University of Copenhagen.

‘Still, one shouldn’t hesitate from purchasing the invasive Pacific oysters that are harvested in the same area as our native Limfjord species.

‘They too can share an umami synergy with champagne, as the study shows.’

Other food companions with umami synergy include ham and cheese, eggs and bacon and tomato and meat.

Vegetables are generally low in umami, but they can play a part in an umami synergy pairing when coupled with meat – which could be important to get us to eat more of the green stuff.

Humans are evolutionary encoded to crave umami, as it is a sign of protein-rich food that is important to our bodies.

This may be responsible for us being less enthusiastic about eating vegetables, which don’t pack much of an umami hit in comparison to a meaty partner.

‘Understanding the umami principle is particularly important because it can help get us to eat more vegetables,’ said Professor Mouritsen.

‘By being cognisant of umami synergy, one can make any vegetable tasty.

‘It is my firm belief that if we want more people to eat more vegetables, we need to deal with the fact that greens lack umami.’

The research has been published in Scientific Reports.

UMAMI: THE FIFTH SENSE OF TASTE

Umami is the Japanese word for the fifth basic sense of taste, after bitter, salty, sour and sweet.

Despite being known in the East for more than 100 years, particularly Japan, it is a relatively new concept to the West where only the four primary tastes are recognised.

Umami means deliciousness in Japanese, but translates best as ‘savouriness’ and provides the ‘meaty’ flavour in meat.

It is formed from glutamates being detected by receptors on the tongue and is the reason why monosodium glutamate (MSG) is used as a flavour enhancer.

It is also found naturally in meats, cheeses and mushrooms.