Broadband customers who do not switch are enduring ‘often terrible’ customer service and potentially paying hundreds of pounds a year more than they need.

That’s the finding of a consumer watchdog that found  providers take advantage of their loyalty.

Which? found that 71 per cent of broadband customers have been with their provider for at least three years and are likely to be outside of their minimum contract period.

This could leave them paying up to 89 per cent more than a new customer. 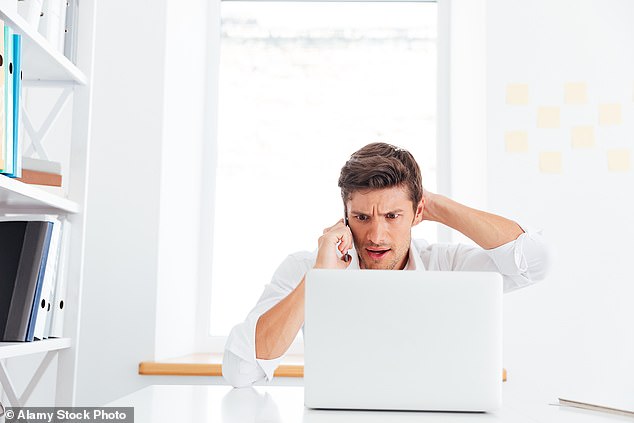 Disloyalty pays: Broadband providers regularly take advantage of their customers’ loyalty, according to a consumer watchdog Which? who found a price disparity with new recruits

Which? found that TalkTalk had the most loyal clients of the 12 major providers surveyed, with nearly nine in 10 (85 per cent) staying with the supplier for more than three years.

But the provider also received a customer score of just 48 per cent in the watchdog’s latest broadband satisfaction survey and has been the most complained-about broadband supplier now for a number of quarters, according to Ofcom figures.

WHAT IS FIBRE OPTIC BROADBAND?

Fibre optic cables involve tiny tubes that are about as thick as a human hair and are reflective on the inside.

They transfer information by sending flashes of light through the tubes.

This bounces off the reflective walls and along the cable.

These flashes of data are then received and interpreted at the other end.

The average increase between the price of a TalkTalk introductory offer and the standard cost of broadband after the offer was more than 15 per cent.

Its Faster Fibre Speed Boost deal rose in price by 54 per cent after the 18-month contract period ends – an increase of £162 a year.

Eight in 10 BT customers (80 per cent) had also stayed with their provider for at least three years despite the provider coming close to the bottom of the table in Which?’s customer satisfaction survey with a score of 49 per cent.

Which? found that the average standard BT tariff is 23 per cent higher than the price of its average introductory deal.

Sky received the lowest customer satisfaction score for its broadband at 47 per cent despite 60 per cent of customers staying loyal for more than three years.

Sky customers face an average increase of 42 per cent when moving on to a standard tariff once their introductory offer has ended but could face as much as a 50 per cent rise on its Unlimited Broadband package, or £120 more a year.

Some 79 per cent of Virgin Media customers told Which? they had been with the supplier for at least three years, but they pay 52 per cent more on average when they move on to a standard tariff and up to 74 per cent – or an extra £240 a year – after the first 12 months on its Vivid 100 fibre deal, the consumer group found.

The biggest one-off price increase was from the Post Office, whose Unlimited Broadband package increased from £15.90 to £30 a month – an increase of £169 more a year – after the 12-month contract period.

Ofcom has proposed new rules requiring providers to notify customers when the minimum period of their phone, broadband or pay TV contract is coming to an end.

Alex Neill, Which? managing director of home services, said: ‘Broadband customers will be outraged to discover that their reward for loyalty is often a substantial price hike, with no improvement to the often terrible quality of service they are getting.

‘Suppliers should fight hard for your loyalty, not take it for granted. No-one should be putting up with an internet service that they are not happy with.

‘Anyone who thinks they might be out of contract should look to switch to a better deal – a few minutes of your time could potentially save you hundreds of pounds a year.’

Which? surveyed more than 7,000 broadband customers about their opinions on 12 of the biggest internet providers. 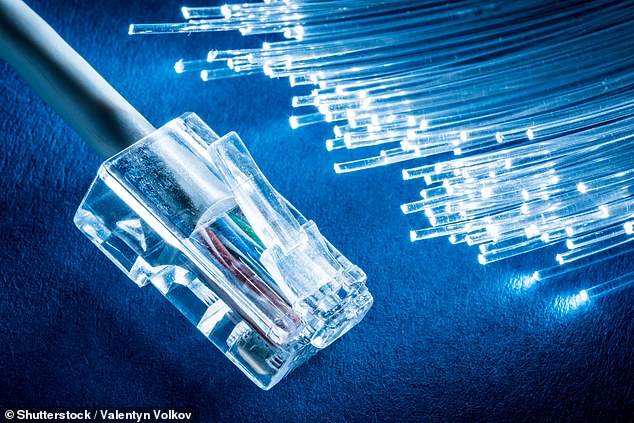 Data analysis: Which? surveyed more than 7,000 broadband customers about their opinions on 12 of the biggest internet providers and found that the Post Office had biggest price-hike

A Post Office spokeswoman said: ‘All of our new customer pricing is available to our existing customers if they are prepared to re-commit to our service again for a fixed period of time, but if they prefer the flexibility of not having a contract our standard pricing still remains competitive compared to the major providers.’

Minister for Digital Margot James said: ‘It is not right for customers to be penalised for being loyal. We’ve strengthened Ofcom’s powers to protect consumers and they are taking action by proposing that providers make it clearer to customers when they can switch to a better deal.’

A TalkTalk spokeswoman said: ‘We already give notice before and after contracts come to an end as well as encourage customers to sign up to another deal that provides a guarantee of no mid-contract broadband price increase. While we recognise that some customers enjoy the flexibility of being able to leave at any time, we reward loyalty by giving great deals to those who commit to staying with us.’

A BT spokesman said: ‘We fully agree that customers shouldn’t overpay for the service they receive, and we believe that this is best achieved through clear communications with consumers about their options.

‘We’re working harder than ever to be even clearer with our customers about their options, for example when new customers can benefit from promotional offers and we make it very clear what the price will be when this period ends.’