Blue Origin’s Thursday space tourist flight is DELAYED: Mission set to take GMA host Michael Strahan and the daughter of Alan Shepard is moved to Saturday due to poor weather

Jeff Bezos’ Blue Origin was set to launch its third space tourism flight on Thursday, but forecasted winds has pushed the mission to Saturday, December 11.

This flight will include six passengers, who include Good Morning America co-host Michael Strahan and Laura Shepard Churchley — the eldest daughter of Alan Shepard, who was the first American to fly to space.

The other four, who have paid a high price for the experience, include space industry executive and philanthropist Dylan Taylor, investor Evan Dick, Bess Ventures founder Lane Bess and Cameron Bess, who will become the first parent-child duo to fly in space.

Wednesday’s announcement also states that the team has completed Flight Readiness Review and the vehicle has met all mission requirements for launch. 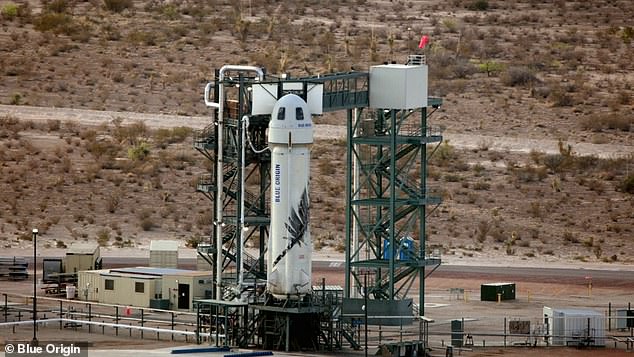 ‘Astronauts will complete training today and weather remains as the only gating factor for launch,’ Blue Origin shared in a blog post.

The six-person crew will soar at least 65 miles above the surface and spend about 10 minutes in zero-gravity.

Blue Origin claims that the short trips into space help further ‘the company’s vision of millions of people living and working in space for the benefit of Earth’. 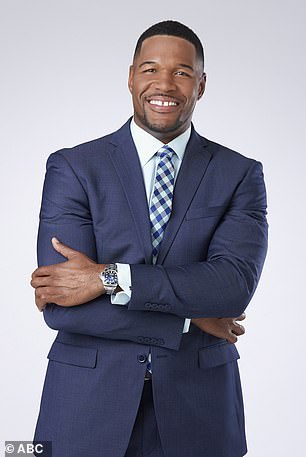 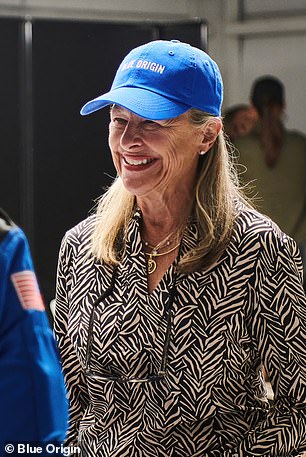 Good Morning America co-host anchor Michael Strahan and Laura Shepard Churchley, the eldest daughter of Alan Shepard, who was the first American to fly to space have been gifted their seats on the New Shepard rocket that is now set to launch on Dec 11

Strahan won a Super Bowl as a member of the New York Giants and was inducted into the Pro Football Hall of Fame in 2014.

Since retiring, Strahan has become a two-time Emmy award winner and has won a Peabody award as a journalist.

‘I have to say, there are a lot of people who look and they go, ‘You know what? Billionaires spend a lot of money to go into space,’ but this is bigger than that,’ Strahan said in an interview with Bezos after Blue Origin’s first human flight, according to collectSpace. 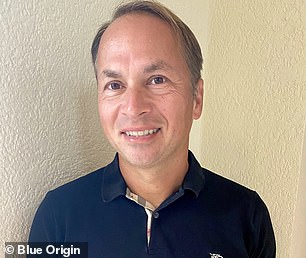 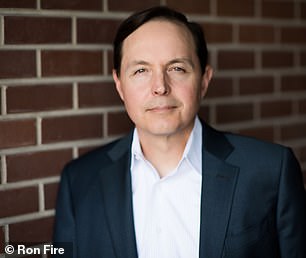 ‘This is not just about you trying to go to space, this is so big in terms of education and for things that are going on on this planet.’

Blue Origin notes that since Strahan was invited to join the flight, he will receive a stipend. 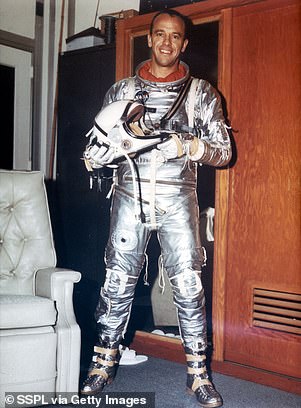 Shepard Churchley carries the famous last name of her father, Alan Shepard (pictured), the first American to go to space on May 5, 1961

However, he is planning on donating the amount to the Boys & Girls Club.

Shepard Churchley carries the famous last name of her father who took Americans to space on May 5, 1961 by conducting a suborbital flight aboard the Mercury capsule named Freedom 7.

‘It is kind of fun for me to say, an original Shepard will fly on the New Shepard,’ Shepard Churchley said in a video interview posted by Blue Origin.

She currently serves as Chair of the Astronaut Scholarship Foundation Board of Trustees, a foundation that raises funds for college students and provides mentoring to scholars pursuing careers and research in STEM.

Churchley will also become the second, second-generation U.S. astronaut to fly into space.

The first was Richard Garriott, the son of Skylab and space shuttle astronaut Owen Garriott, who funded his own trip to the International Space Station in 2008.

‘For our purposes today, the thing that is most interesting about Alan Shepard is that he is the namesake for this vehicle, New Shepard, and that is because the mission profile we did today is very similar to the one that Alan flew when he became the first American in space sixty-ish years ago,’ Bezos said at a press conference following his own flight into space, according to collectSpace.

Taylor, the third member of the flight, is the Chairman & CEO of Voyager Space, a global space exploration firm headquartered in Denver. 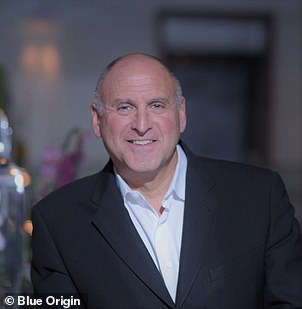 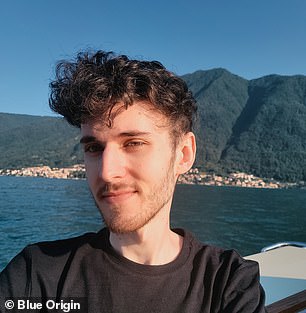 Bess Ventures founder Lane Bess and Cameron Bess, who will become the first parent-child duo to fly in space

He is also the founder of the global nonprofit Space for Humanity, which is organizing the planet’s first Sponsored Citizen Astronaut Program.

Dick is an engineer, investor and Managing Member of Dick Holdings.

He is also an ATP-rated pilot, which means he is certified to fly for any airline, and enjoys sailing and riding around on his motorcycle.

Lane and Cameron Bess, father and son, will make history as the first parent-child pair to venture into the final frontier. 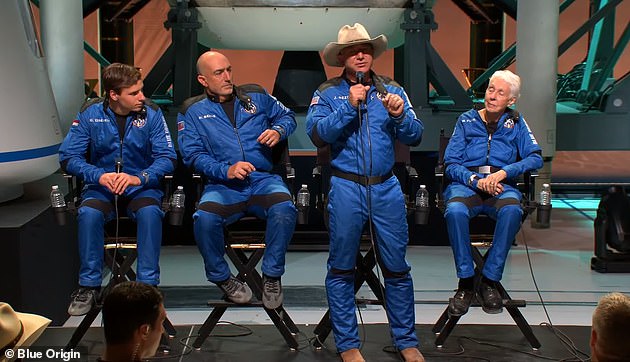 The six passengers will experience the same journey as Bezos (second from right) did on July 20, when he, his brother Mark (second from left) ventured 66 miles above they surface. The brothers were joined by Oliver Daemen (left) and  Wally Funk (right) 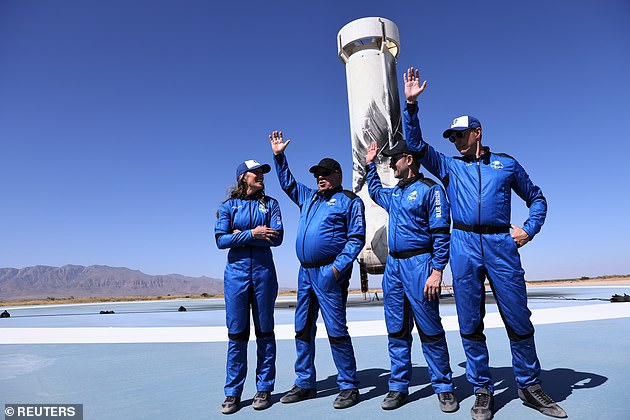 Shatner (second from left) who at 90 years old is the oldest person in space, took the epic journey in October with Chris Boshuizen (second from right) and Glen de Vries (right), as well as Audrey Powers (left), who is Blue Origin’s vice president of mission – Shatner and Powers were honorary guests

Lane is best known for having helped start and build two cybersecurity companies, Zscaler and Palo Alto Networks, while his son is a content creator.

According to Blue Origin: ‘Cameron identifies as pansexual and is proud to represent marginalized communities and hopes their journey can inspire others.’

Although Bezos has not officially announced pricing for the flight, actor Tom Hanks, who was asked to join the last one in October, said in an interview with Jimmy Kimmel that he ‘ain’t paying 28 million bucks’ for the seat.