The huge avian flu outbreak on the Farne Islands in Northumberland has killed over 3,000 seabirds, which have been collected by rangers working in the region. Avian flu is an infectious type of influenza that spreads among birds, but in rare cases, it can spread to humans.

To prevent further contamination on the Farnes, the rangers wore hazmat suits, gloves and masks while removing the carcasses of the dead birds.

A number of the dead animals found were ringed, exposing details of their travel logged with the British Trust for Ornithology (BTO).

Some of the diseased wildlife included an Arctic tern, which had flown from the Farne Islands to Antarctica eight times during its lifetime, and a 16-year-old kittiwake ringed on the island in 2006.

Already the worst disaster to hit the bird colonies in a century, it is thought that ten times more birds may have fallen into the North Sea, according to the National Trust. 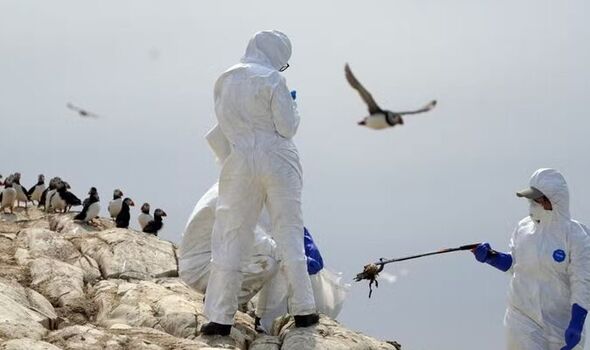 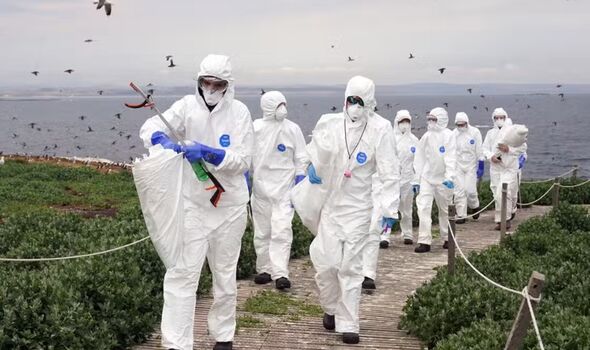 The Farne Islands are home to over 200,000 seabirds, including 23 species such as puffins, Arctic terns, guillemots and razorbills.

The National Trust, which looks after the birds on the Farnes, has called on the Government to provide an urgent response to the disaster.

Ben McCarthy, the National Trust’s head of nature conservation and restoration ecology, said: “This disease is undoing decades of hard work to restore nature and undermines the Government’s own targets to reverse the decline of our threatened species and improve their habitats.

“The scale of this disaster calls for an urgent National Response Plan for the virus in wild birds.

“We need a more co-ordinated approach to ensure effective monitoring, surveillance and reporting to support research into the impacts this deadly disease is having on our wild birds across the UK.” 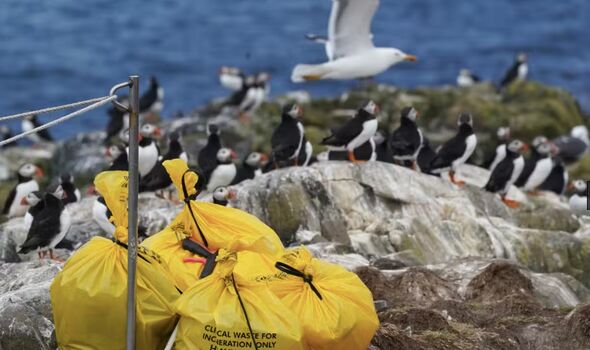 But currently, the Government has said that it is only able to take “limited effective actions”.

Farne Islands general manager Simon Lee said: “The welfare of our staff, volunteers and visitors is our top priority as we navigate this unprecedented wildlife tragedy on the islands.

“The National Trust has cared for the Farne Islands for just under 100 years, and there are no records of anything so potentially damaging to our already endangered seabird colonies.

“The Farne Islands is a National Nature Reserve and home to approximately 200,000 seabirds, including guillemots, kittiwakes, razorbills and shags in addition to Arctic terns and puffins.

“We closed the islands to limit disturbance to the birds and are monitoring the situation daily. 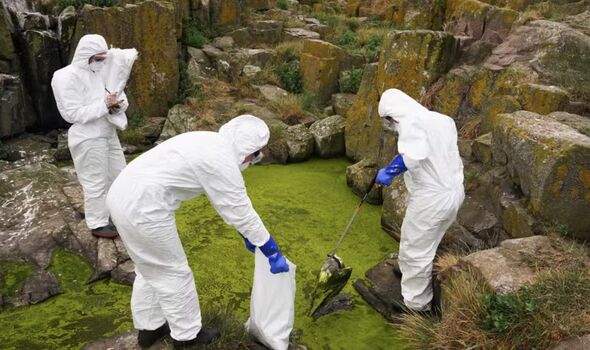 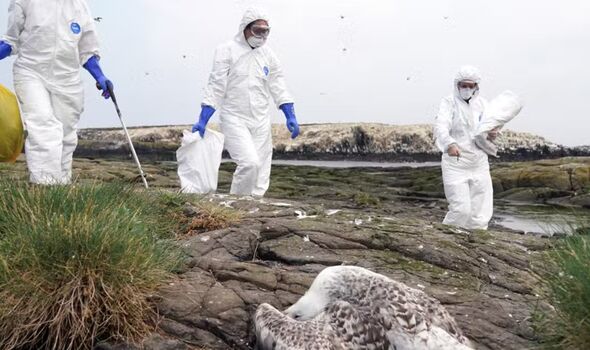 “Our team of rangers are working hard to minimise the spread of the disease amongst the island’s precious wildlife.”

This is not the first outbreak to have hit the Northumberland coast in recent weeks. In fact, dead birds have been found strewn across on beaches of the coastline, including around Amble, Druridge, Newbiggin, Warkworth, Cresswell and Seaton Sluice.

The public have been warned not to pick up or touch sick or dead birds due to the outbreak of the disease.

Elizabeth Morgan, Director of Public Health at Northumberland County Council said: “I want to reassure residents that the risk to public health from avian flu is very low.

“The discovery of dead birds is always upsetting but it is really important that people do not pick up or touch any sick or dead birds to avoid spreading the virus, which can affect humans in rare cases. As well as issuing an appeal for the public not to touch or move dead birds, I am also asking dog owners to keep their pets away from them.”