The natural world has continuously evolved over aeons to overcome obstacles by adapting to ever-changing environments. Engineers today are learning a great deal from the natural world around them – and this is improving everything from architecture to diagnosing pandemics. Cutting-edge technologies are ever-more reliant on observing and researching evolution’s effects in nature, which has benefitted from countless years of trial and error to achieve near-perfection.

The term ‘biomimicry’, derived from the ancient Greek of ‘imitation’ and ‘actor’, is increasingly interesting bioscientists, engineers and inventors around the world.

The Biomimicry Institute said in a statement on its site: “The core idea is that nature has already solved many of the problems we are grappling with.

“Animals, plants, and microbes are the consummate engineers.

“After billions of years of research and development, failures are fossils, and what surrounds us is the secret to survival.” 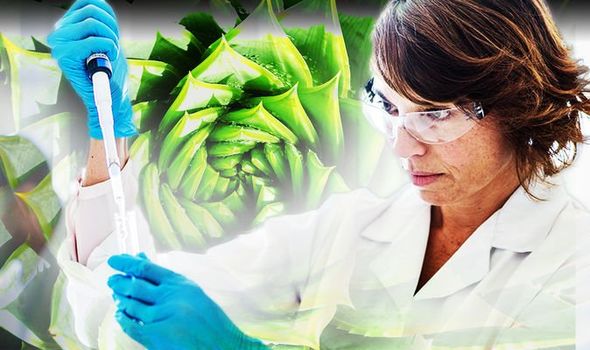 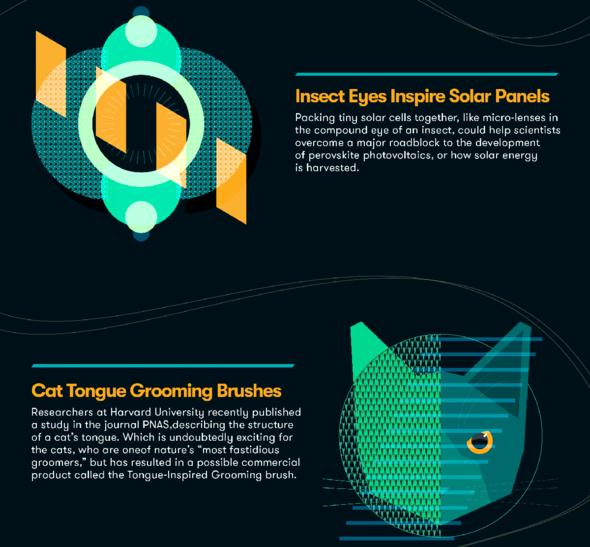 A staggering number of discoveries have been made in the field of biomimetics over the last decade alone.

And scientists are continuing to turn to biomimicry to tackle many of the issues currently plague the world.

RS Components, who commissioned the study, told Express.co.uk: “Evolutionary scientists will tell you that nature has been continuously improving upon itself for millions of years, constantly adapting to allow species’ the best opportunities to survive. 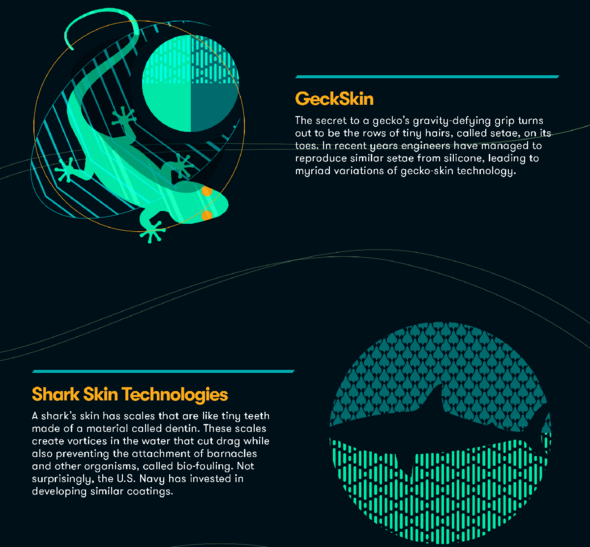 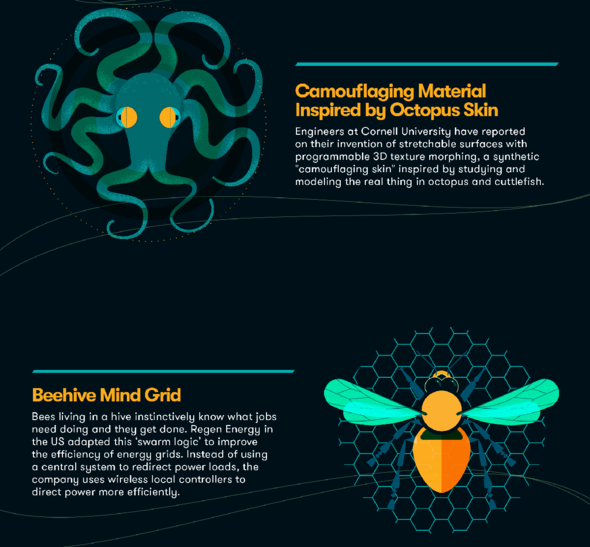 “It’s thanks to nature that scientists and engineers have the perfect starting point when it comes to developing technology.

“Whether it’s camouflage or flight or energy efficiency, there is always an example where nature has already been working hard to perfect it for thousands of years.”

“You may not realise it, but nature has been inspiring technological developments since man first began using tools.

Among the improvements emulating nature is a possibly life-saving superglue derived from slug mucus.

Inspired by the Dusky Arion slug, which coats itself with mucus to keep moist, Dr David J Mooney at Harvard University created a family of medical glues that could be sticky, strong, stretchy, and nontoxic.

The new adhesive material could be developed into a variety of medical products, such as an adhesive to glue medical devices to tissues or an injectable solution to repair deep injuries.

Engineers at Cornell University have also managed to synthesise a new generation of camouflage said to be inspired by octopuses. 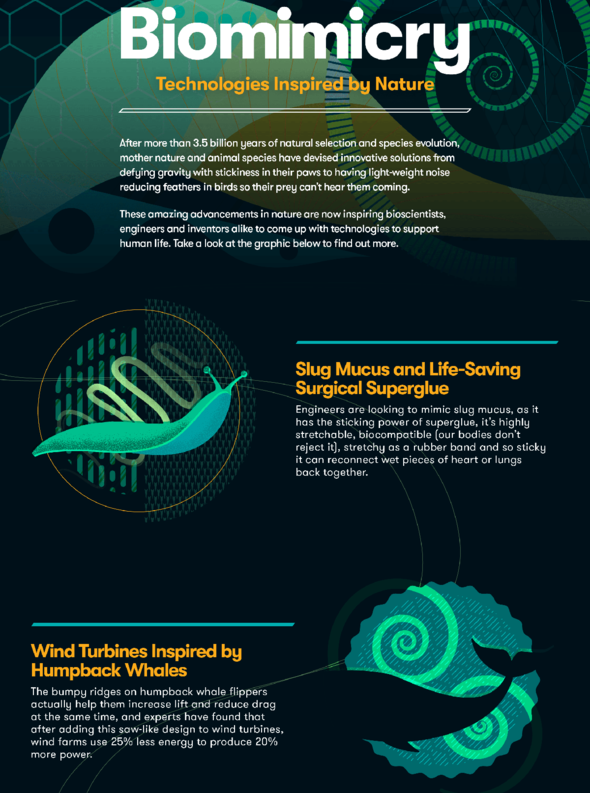 These mysterious sea creatures change their skin into a textured 3D surface to mimic the appearance of seaweed and coral on the ocean floor.

Inspired by their colour changing abilities, engineers in the US built a flexible material made up of a grid of 1mm cells made with a temperature-driven dye which changes colour on demand.

Another example of biomimicry in action is the much-lauded ‘hive mind’ exhibited by bee colonies, which has been harnessed by companies to improve the efficiency of energy grids.

Insect eyes are now the next great hope in improving how solar energy is harvested.