The Church is found in the Christian Quarter of the Old City of Jerusalem, and, according to traditions dating back to at least the fourth century, is home to the two holiest sites referenced in the Bible. It is said to have been built on top of the site known as Golgotha, where Jesus was crucified, as well as the empty tomb where he was buried and resurrected three days later. Millions visit this holy site each year to get a first-hand look at these famous locations and so, in 2016, restoration work was carried out to stop the shrines from being damaged.

He said: “Welcome to Jerusalem’s Church of the Holy Sepulchre, the most hallowed Christian shrine on Earth.

“According to tradition, this is the very location where Jesus died and was buried.

“The church is, in a word, breathtaking, the very air that hands inside seems infused with something holy. 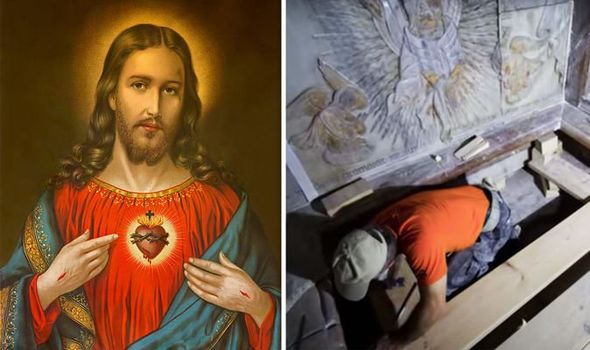 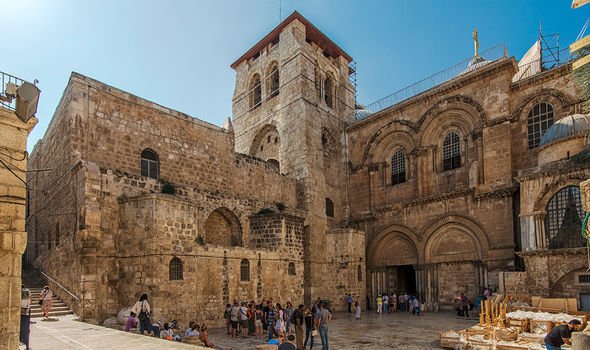 Beneath a layer of fill, they found a piece of marble stamped with a cross from the time of the Crusade

“But this is also a place of mystery, because as sacred as this structure is, nothing that you see here today existed at the time of Jesus.”

Mr Gates told viewers the story of how the church was built on top of these historic monuments.

He added: “The Bible tells us that Jesus was crucified on a barren hill, called Golgotha, his body was then laid out on a stone, before being placed in a rock-cut tomb.

“Over 300 years later, when Christianity spread to Rome, Emperor Constantine dispatched his mother Helena to the Holy Land to identify the exact site.

“She was led here and the church she built was destroyed and rebuilt over the centuries as Jerusalem changed hands between Christians, Moors and Jews. 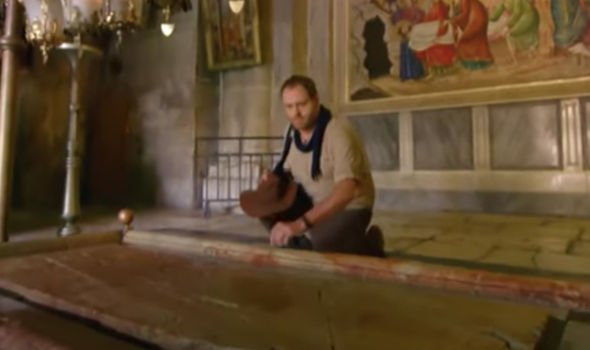 “Today, the top of the crucifixion hill is under the floor of the church.

“One can also place their hands on the stone where Jesus’ body was laid out and a few hundred feet away, inside the massive building, is the tomb itself.”

Mr Gates went on to reveal what was discovered below the church floors.

He continued: “The place where scripture says Jesus was interred for three days before rising from the dead.

“With so much destruction and renovation here, the question has always persisted – was this church built in the right spot? 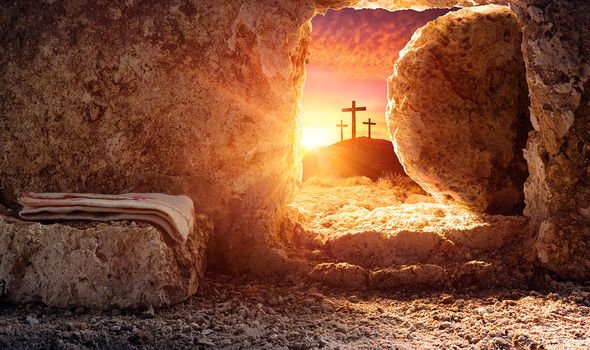 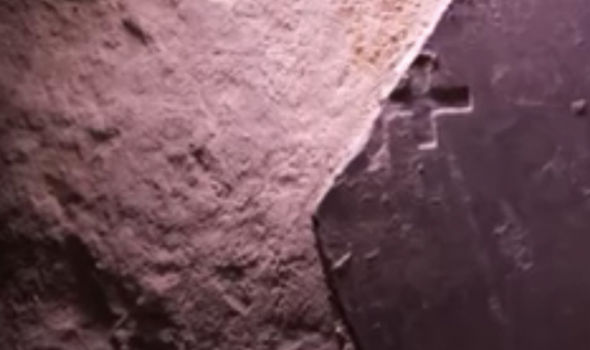 “Well, a recent excavation here might just answer that question once and for all.

“The tomb had been badly weathered by time and millions of visitors, so in 2016, scientists were called in to do an emergency restoration.

“They were given just 60 hours to peer beneath the tomb for the first time in centuries.

“At the bottom, they found the original limestone bed, confirming the existence of a burial cave.”