Discovery and the BBC have agreed to split up broadcaster UKTV and strike a new 10-year agreement that will lead to the creation of a new global subscription video-on-demand service, the two companies said on Monday.

The new service, owned by Discovery, will pool the nature, science and wildlife libraries of the companies, and is aimed at viewers used to binge-watching shows on services like Netflix.

BBC Studios, the commercial arm of the public broadcaster, will pay Discovery 173 million pounds ($225.40 million), which include the assumption of 70 million pounds of debt, to take over seven entertainment themed channels: Alibi, Dave, Drama, Eden, Gold, Yesterday and W. 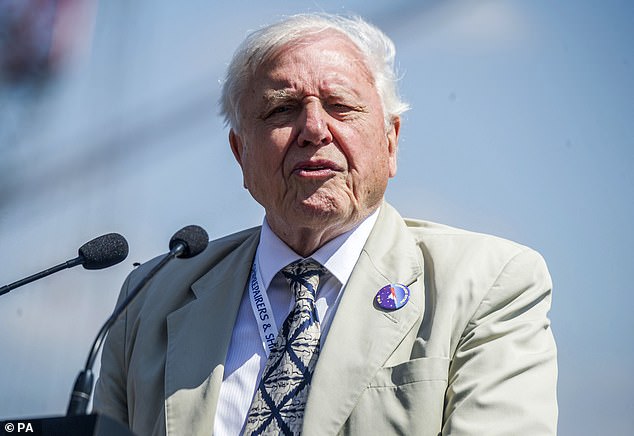 Discovery and the BBC have struck a new 10-year agreement that will lead to the creation of a new global subscription video-on-demand service. It will focus on  nature, science and wildlife series, like those made by David Attenborough

In the new 10-year content partnership covering territories outside of the UK, Ireland and Greater China, Discovery’s new streaming service will be the exclusive home to BBC Studios’ portfolio of natural history, animals, adventure and science programming. The two will also co-develop new programming in the category.

Discovery has also purchased the rights to hundreds of hours of BBC shows across ‘factual genres’ that will be combined with Discovery’s own libraries for the new streaming service, the companies said.

‘This is our largest ever content sales deal. It will mean BBC Studios and Discovery will work together to take our content right across the globe through a new world-beating streaming service,’ Tony Hall, Director-General of the BBC, said in a statement.