Bull shark found 450 miles from the ocean in rare discovery

The mystery holes found on the Atlantic seabed left experts at the National Oceanic and Atmospheric Administration (NOAA) Ocean Exploration scratching their heads. They were discovered by the organisation during its second Voyage to the Ridge 2022 expedition out of a series of three.

Using a remote-operated vehicle (ROV) system to explore and map out the Mid-Atlantic Ridge (north of the Azores) and the Azores Plateau, the NOAA was planning to examine deep-sea coral and sponge habitats.

It also expected to take a closer look at fracture and rift zones, and the water column.

But what the organisation perhaps did not expect to find was a “sublinear sets of holes” with “little piles of sediment” around them.

NOAA said that it seems as though the holes were “excavated by something”.

Despite this theory, “their origin remains a mystery”. 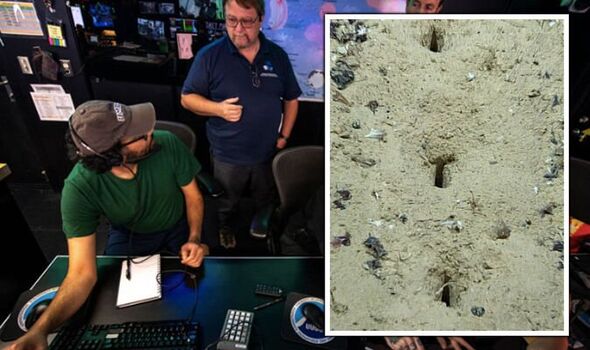 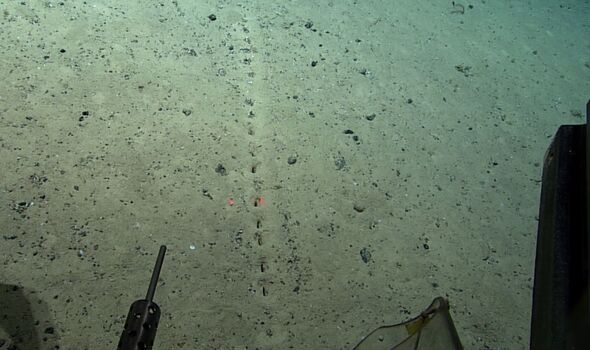 To try and solve the puzzle, the organisation shared pictures on social media to get clues from the public.

NOAA Ocean Exploration posted on its Facebook page: “Okay Facebookers, time to get out those scientist hats!

“On Saturday’s #Okeanos dive, we observed several of these sublinear sets of holes in the sediment.

“These holes have been previously reported from the region, but their origin remains a mystery.

“While they look almost human made, the little piles of sediment around the holes make them seem like they were excavated by…something.”
Replies from over 60 Facebook users suggested multiple possible explanations. 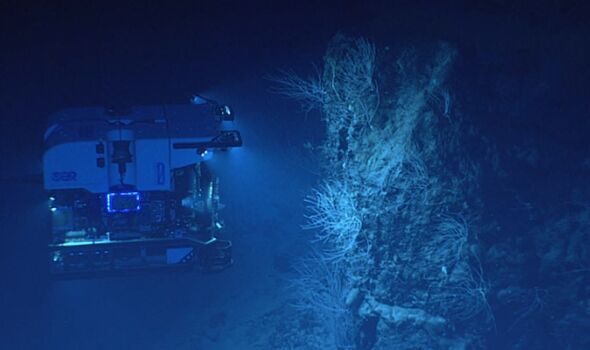 JT Williams wrote: “Mollusk of some sort under the sand blows out a vent then slowly moves along blowing another vent when it rests.”

David Ayling said: “The holes themselves seem to have straight edges. it looks like two concrete slabs are butted together over a void and buried underneath all of the sediment, then they have shifted a fraction… and the sediment is falling into the covered hole?”

Wade Lehmann also had other ideas.

He said: “Upwelling! Freshwater from a land source bubbling up?

“As if there’s a rock under there allowing the flowing water to break through in that linear manner.”

But these holes in the ground were not the only discovery made during the Voyage to the Ridge 2022. 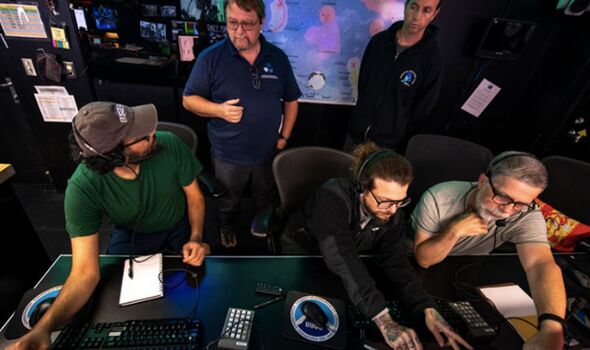 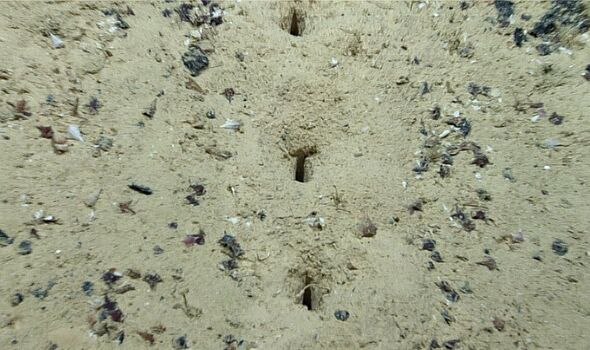 While exploring the Moytirra Vent Field, to gain a better understanding of deepwater areas around the Mid-Atlantic Ridge, the NOAA examined extinct areas around the vent site for most of the dive.

This is because “little is known about the organisms that live in hydrothermally inactive sulphide habitats on the northern Mid-Atlantic Ridge”, the organisation said.

It also explored a couple of active black smoker vent chimneys, and amphipods, octocorals, and tubes of unknown origin.

The mid-ocean ridge is the longest mountain range in the world and the Mid-Atlantic Ridge portion of the range spans the north-south length of the Atlantic Ocean.