The fragments of scrolls were found in the Qumran Caves in the Judaean Desert, alongside the Dead Sea Scrolls, but experts were not able to decipher them at first. Dating back to the first century AD, a breakthrough in modern technology is now allowing researchers to piece together the “puzzle”. The War Scroll is a manual for military organisation and strategy that contains an apocalyptic prophecy of a war between the Sons of Light and the Sons of Darkness, but it was not featured the Bible.

Experts revealed during the Discovery Channel’s ‘Dead Sea Scrolls: The Doomsday Prophecy’ why they now believe they have worked out who wrote the prediction and that it possibly came true.

“One of them is a treasure trove of intriguing clues. 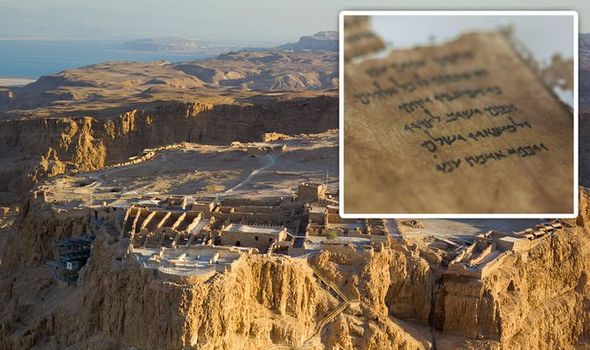 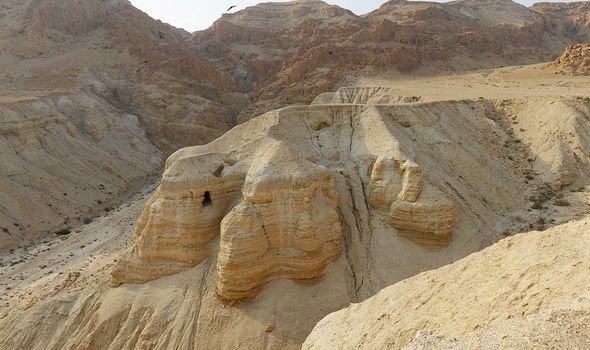 “This included a scroll predicting a violent cataclysm.”

Archaeologist Jodi Magness explained how they found the ancient text scattered across the cave.

She said: “This is the opening to Cave 11, typical of the caves and the limestone cliffs along the shore of the Dead Sea, it’s a natural cave.

“One of the scrolls that was found here is a copy of the war scroll which describes the apocalyptic war at the end of days between the Sons of Light and the Sons of Darkness.

“The remains of approximately 1,000 different scrolls were found in 11 caves in this area.” 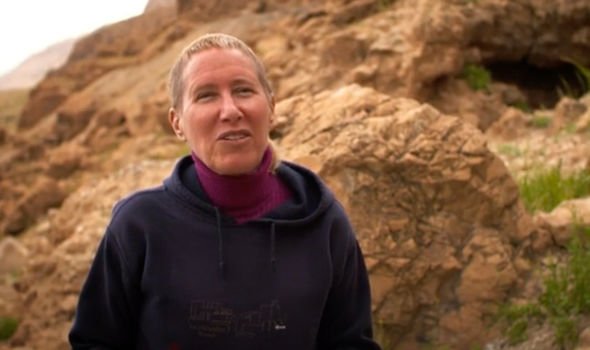 The siege of Masada was one of the final events in the First Jewish–Roman War, occurring from 73 to 74 AD on and around a large hilltop in current-day Israel.

Experts now think the War Scroll could provide insight into why the Sicarii’s refused to leave Masada.

Mr Shrapnel added: “Does this doomsday prophecy explain why the Jewish rebels held Masada against the massed ranks of the Romans?

“A cave a half-mile from where the scrolls were first discovered proves to be the richest of them all.

“Inside it, the earliest copy of the Ten Commandments in existence and around it, 15,000 scattered fragments of more than 600 scrolls. 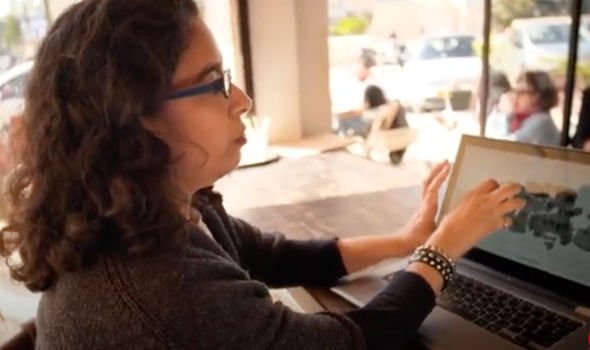 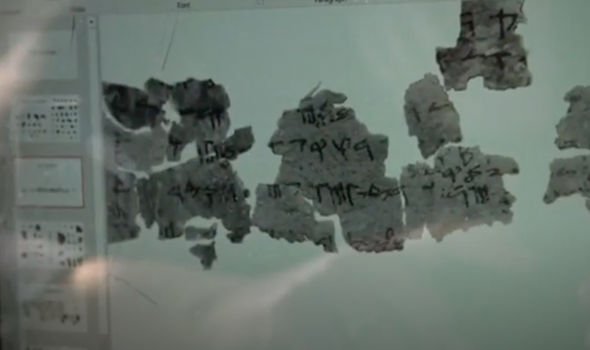 “Some can be assembled and deciphered, like the first three chapters of the Book of Genesis.

“Others have crumbled into pieces so small they still elude decryption – could they hold clues to who wrote the Dead Sea Scrolls and the prophecy of apocalyptic doom.”

Dead Sea Scrolls researcher, Eshbal Ratzon, who is part of a team trying to decipher two mysterious scrolls, explained how they made a breakthrough to give the theory weight.

She said: “My work is working with puzzles. This particular puzzle gives us a glimpse into a document that was preserved for 2,000 years.

“We got lucky because we got most of the fragment from the edges of the puzzle. 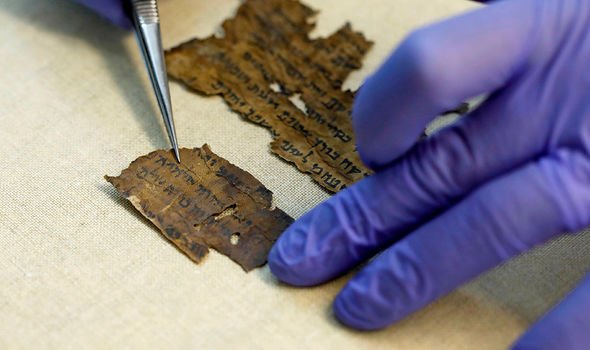 “I had a hunch that these two notes were connected and I got a whole column.

“It’s a very unique calendar, we don’t know it from anywhere else except the Dead Sea Scrolls.”

Mr Shrapnel detailed why the calendar suggests it was the Sons of Light.

He said: “This calendar is that can reveal who writes the scrolls.

“The ruling Jewish priests in the Temple of Jerusalem follow a lunar calendar with 354 days in a year.

“But the writers of the scrolls decide to follow their own calendar with 364 days based on the movement of the Sun.”

Dr Ratzon added: “The group who is associated with this calendar refers to themselves as the Sons of Righteousness or the Sons of Light.”

The documentary goes on to suggest the Sons of Light prophesied the coming conflict with the Roman troops and believed it would bring about the end of the world.

It continues in April: “2,000 years ago, the sect, just like the very first Christians, believe the world is about to end.

“They prepare for a conflict at the end of days and preach about the coming apocalypse.

“They outlined their prediction in the War Scroll and it looks like it came true as the people of Judaea are on the brink of an uprising against their Roman masters.

“One that will culminate in a final battle at Harrods palace in Masada.”