New research by online metals retailer metals4U has revealed the most lucrative areas of the UK to go metal detecting. More than 44,000 archaeological items have been discovered by metal detectors in the past 12 months, meaning 120 pieces of treasure are unearthed every day.

Norfolk takes the top spot, with more than 6,500 items discovered since June 2019, including a Bronze Age sword and a Medieval chandelier.

And this number is likely to rise, with Brits looking for new outdoor pastimes to enjoy during their summer staycations.

Following Norfolk, Leicestershire and Suffolk are the next best hotspots for finding treasure, with 4,101 and 3,105 discoveries respectively in the past year.

Most archaeological items originated from the Roman, Medieval and Post Medieval periods. 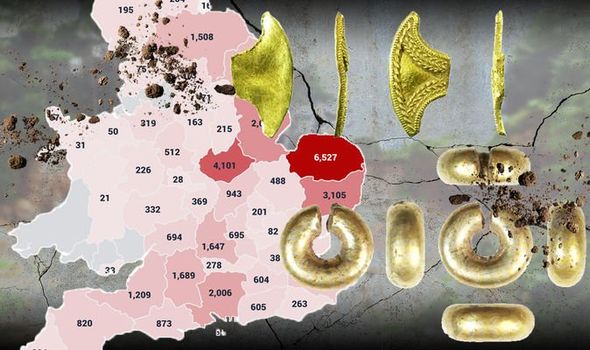 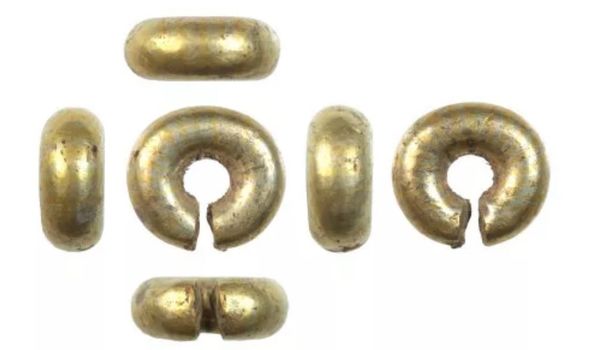 The 10 regions with the most treasure discoveries in the past 12 months: 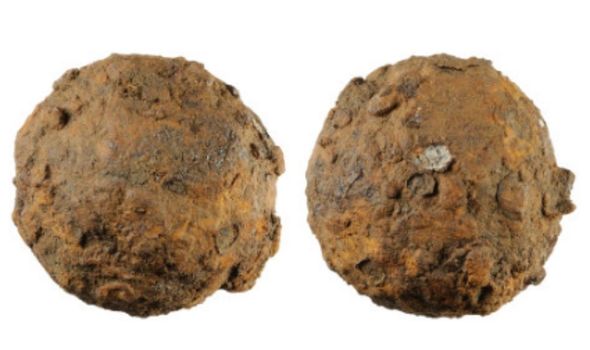 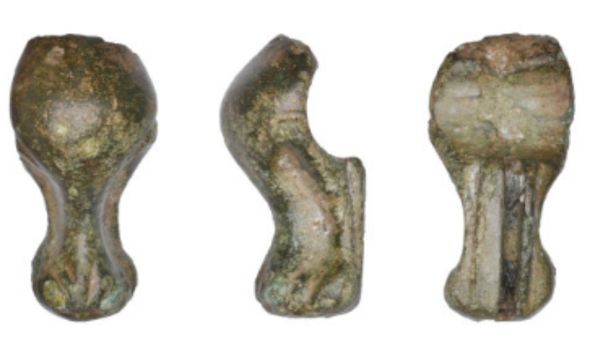 For those interested in the Roman period, Suffolk is the place to go, with over 1,500 objects found from that era in the past year.

These included a copper ring and a folding knife potentially dating back to 43AD, when Emperor Claudius ordered four legions to conquer Britain.

Many detectors dream of finding gold and in the last year, 216 items made from the precious metal were discovered in the UK.

Hampshire was the UK’s gold capital, with 25 objects unearthed, including a stunning 7th-century pendant. 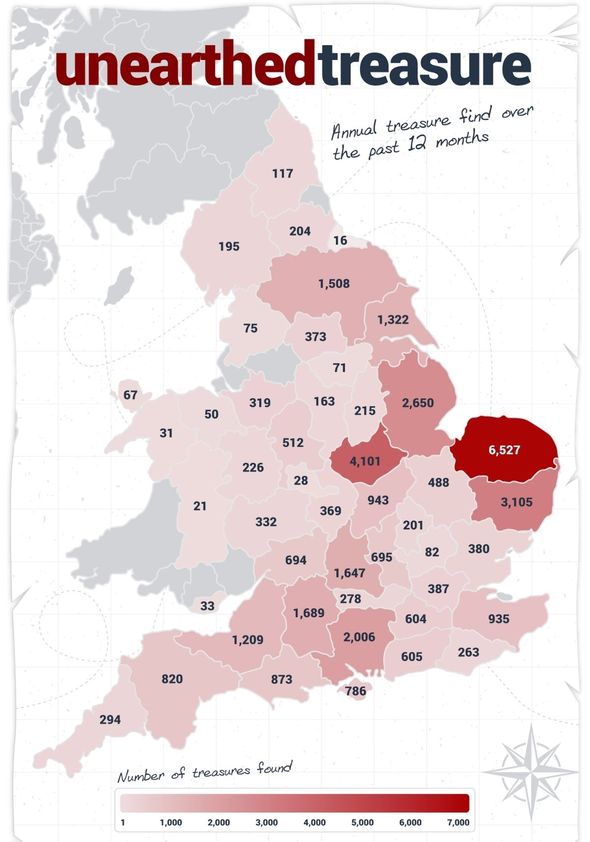 Five of the most interesting finds in the last year:

Their function remains a mystery, although it is likely they were personal adornments, possibly worn on the ears or nose, rather than being hair-ornaments or items of exchange.

This type of hand grenade was most common during the Napoleonic Wars and was used during both land and sea combat. 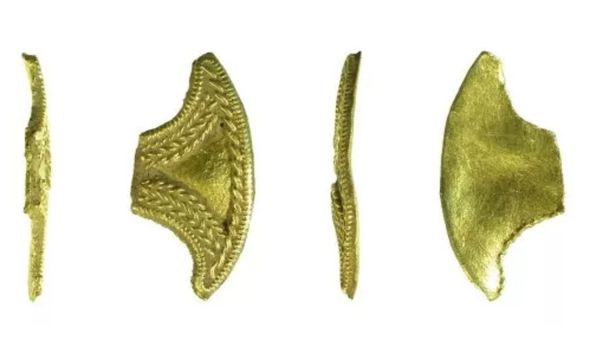 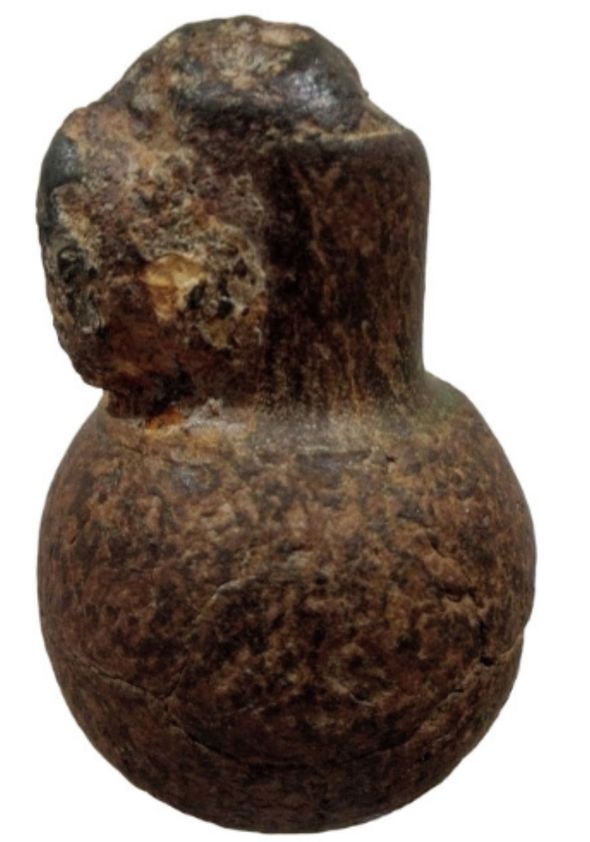 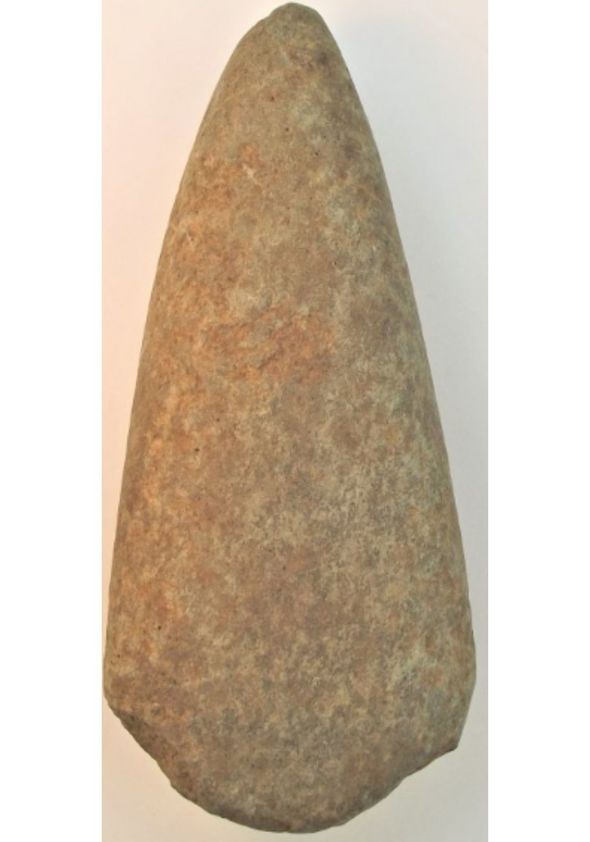 It is also possible that the object is some form of ball bearing or a ball from a crushing mill.

A long thin flake with long narrow parallel flakes struck from its dorsal side with a tiny bulb at the end of a concave ventral surface.

Paul McFadyen, Managing Director of metals4U, said: “It’s incredible to see the number and variety of discoveries in the past 12 months, from as far back as 4,000BC and throughout the ages.

“The data shows that there is still plenty out there to discover.

“With many staying in the UK this summer, we wanted to highlight metal detecting as a fun pass-time that you can enjoy outdoors whilst social distancing and hopefully inspire people to have a go.”