Archaeologists in Poland have found the human remains just 4.9ft (1.5m) under the city, dating the discovery to the first half of the 19th century. The skeletal remains were found in the centre of Łódź near an old textile complex belonging to Karol Poznański. Among the poorly preserved remains was the body of woman, buried in a seemingly unusual fashion.

According to Łódź City Hall, the regional conservator of the Łódź Voivodeship approved the excavation at the start of June.

The excavation site is believed to have once been a cemetery linked to the nearby Church of St Joseph.

In total, archaeologists have founds 13 remains buried in shallow graves.

Łódź City Hall said in a statement: “The best-preserved remains are those of a woman buried on her back with her right arm laid on her breasts and her left laid on her stomach. 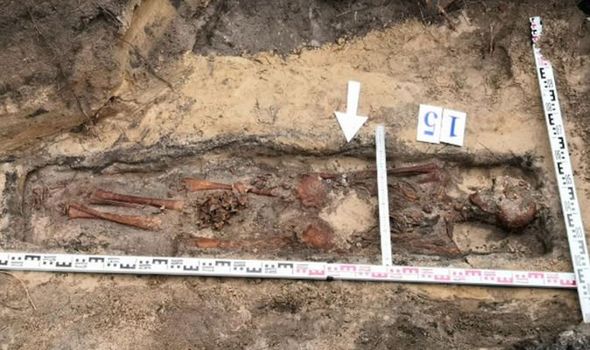 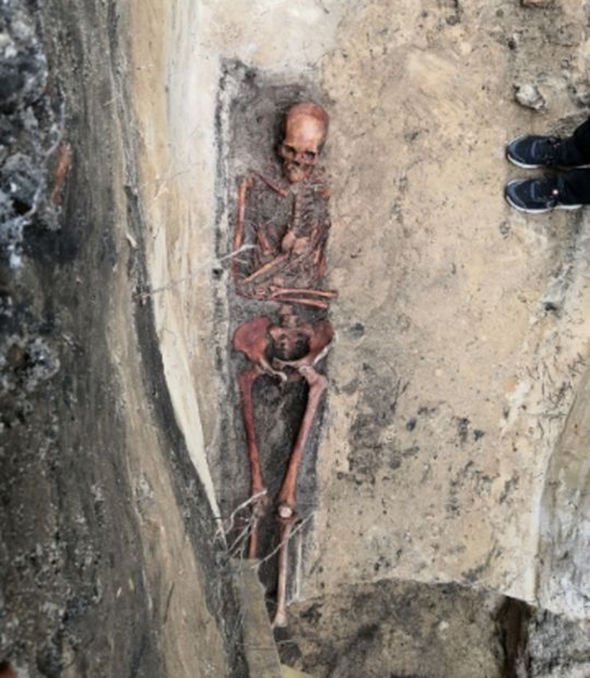 “An amber necklace was found next to the deceased’s neck, a clothes hook and shreds of a fur collar by the head.

In another grave, archaeologists uncovered the partial remains of an adult man.

A mix of various humans bones was uncovered in other graves.

The archaeologists have proposed the remains were left behind after the 19th-century cemetery was moved to another location.

The best-preserved remains are those of a woman

The cemetery was constructed in 1819 for the Catholic residents of Łódź.

By 1930, the cemetery was expanded to accommodate other denominations.

The cemetery continued to expand until the mid-19th century by which point it was deemed too small.

In 1855, it was closed and a new plot of land was designated nearby. 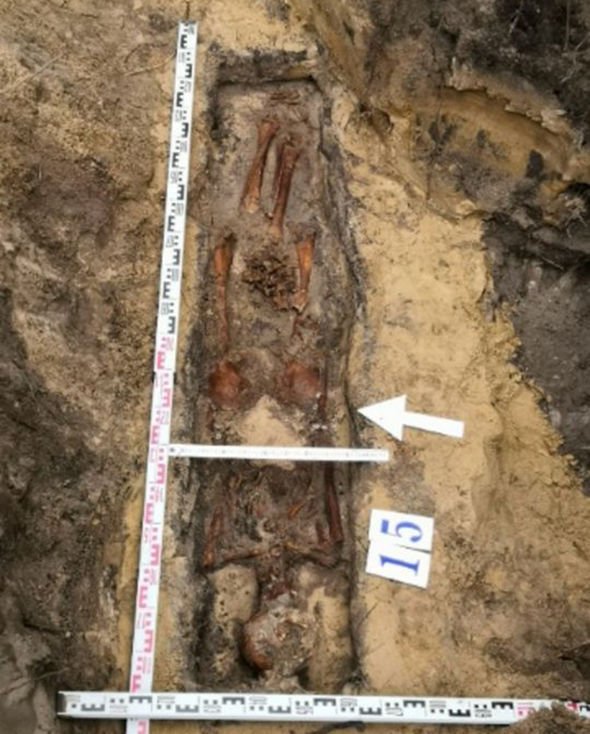 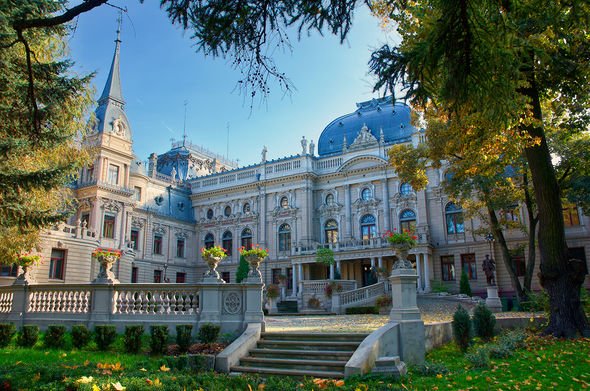 The new cemetery now covers an area of more than 23 acres.

The cemetery is home to many distinguished artists and industry leaders, including Ira Frederick Aldridge, an American stage actor who died in 1867.

Łódź City Hall confirmed the 13 remains will be moved to a small plot next to the Church of St Joseph.

Polish archaeologists in the southeast corner of the country have made an even gloomier discovery this month.

An excavation near the S19 motorway in Subcarpathia region has unearthed at least 119 skeletal remains.

Up to 80 percent of the remains were confirmed to be those of children.

Experts believe the site, dated to the 17th century, may have been a designated burial site for the youngest denizens of Jeżowe village.

Many of the children were found buried with coins in their mouth – a ceremonial practice linked to Greek myths about passing into the afterlife.