The remains were unearthed in the grounds of Essex’s Southminster Hall, a grand Victorian house, by eight members of the Burnham group of the University of the Third Age (u3a) movement. This national learning organisation, which caters mainly for retired members of local communities, encourages people to come together to develop their interests and socialise. Bringing in experts from Archaeology South East, the team found that they had unearthed the chamber block — or residential spaces — of a sizable mediaeval palace thought to have been built for the wealthy Bishop of London between the 11th and 13th centuries.

The structure had stone walls more than a metre wide, which indicated that it was a high-status building, the experts said.

The investigation at the site began when Burnham u3a member Sue Spiers spotted an unusual crop mark in the grounds of Southminster Hall on Google Maps.

Ms Spiers said: “We could see from the parch marks that there was something underneath there, in an oblong shape.

“We had no idea what it actually was but it was very exciting.” 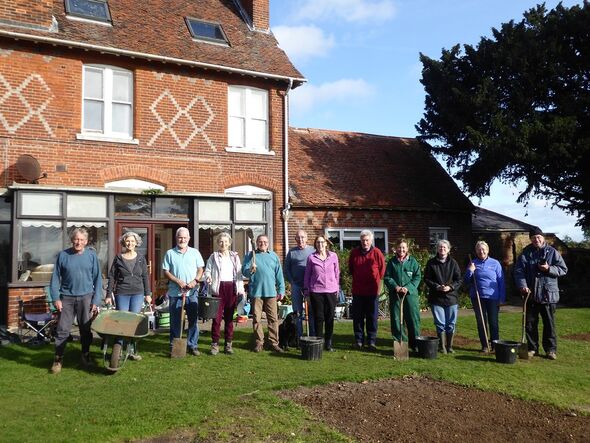 It took the archaeologists a month of painstaking excavations to reveal the stonework beneath the crop marks — and the nature of the remains took all by surprise.

Ms Spiers said: “No one had any idea that it even existed.

“The chief archaeologist at Essex County Council was absolutely thrilled.

“She is actually redrawing the map of historic sites.”

According to the experts, the chamber block would have been used for various purposes — including entertainment, formal receptions and collecting tithes.

The stones used to build up the block were laid on top of each other, without the use of mortar to bind them.

They were primarily made up of a type of compacted mud known as “septaria”.

However, the dig also turned up older, Roman bricks, which were likely salvaged from a nearby fort that was abandoned when the Empire retreated from Britain in the 4th Century.

To learn more about their mediaeval finds, the u3a group turned to modern technology.

“She posted finds on Facebook archaeology pages scattered around the world and people would come back and say, ‘that’s a piece of 11th century shelly ware, you’ve got there.’

“It was brilliant. They were so helpful.”

Their findings are now on display in a permanent exhibit at Burnham Museum, while the site has been filled in to ensure its protection and preservation.

With this dig complete, the u3a group have seen their numbers swell to 30 members, who hold open days, give talks in mediaeval dress and are publishing a book about the dig.

Ms Spiers said: “As time went on it got more and more exciting. Through the training we have basically become semi-professional archaeologists.

“It’s wonderful, absolutely thrilling. Our knowledge has increased — we survey, record, excavate and have learned so many new skills.

“And it’s all thanks to the u3a for helping us. We could not have done it without them.”

The group’s next project is a study of the demolished Old St Barnabas Church at Mayland Hill, Althorne. A training day for budding u3a archaeologists is being held there on Saturday, August 20th — interested people can email Sue Spiers to take part.