The first finds from the site, a clay mine located near the village of Herwen–Hemeling, were uncovered last year by members of the Association of Volunteers in Archaeology. Following the discovery, clay extraction at the site was stopped by the Dutch Cultural Heritage Agency, with experts from RAAP Archaeological Consultancy brought in to survey the location for Roman remains. According to the Cultural Heritage Agency, the site marks the first temple to be found this close to the UNESCO World Heritage Roman Limes — the some-3,100-mile-long line that marks the border of the Roman Empire at its greatest extent, back in the 2nd century AD.

In a statement, a spokesperson for the Cultural Heritage Agency said: “Several temples stood on this site.

“We have found the remains of idols, reliefs and painted plasterwork.

“One particularly remarkable feature is the discovery of several complete votive stones, dedicated to various gods and goddesses.

“This is a highly unusual find in the Netherlands, but also in international terms.” 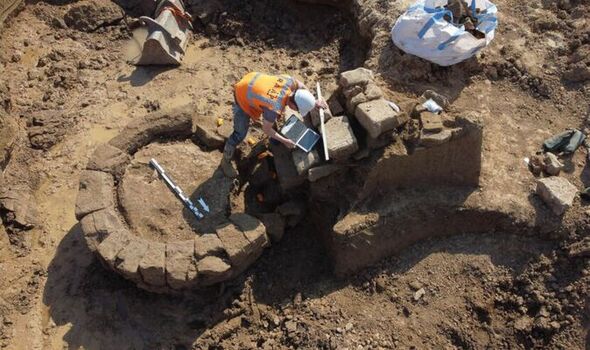 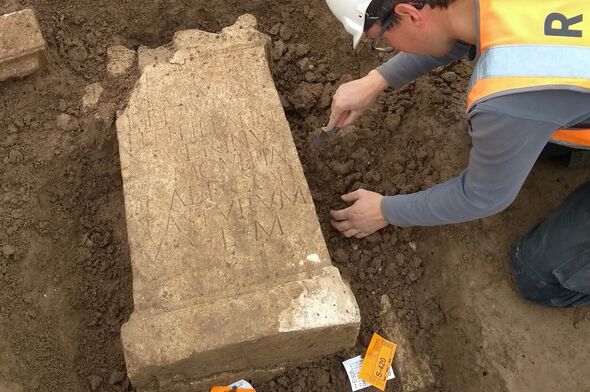 The votive stones — which are essentially small altars — would have been placed in the sanctuary by high-ranking Roman soldiers to thank the gods for fulfilling their wishes.

The stones are dedicated to the Romano-Germanic deities Hercules Magusanus, Jupiter-Serapis and Mercury.

According to the archaeologists, the soldiers likely visited the sanctuary to pray to their gods between the 1st and 4th centuries AD.

The researchers also unearthed a large stone well at the site that is thought may have served some special function, as it sports a stone staircase that descends down into the water. 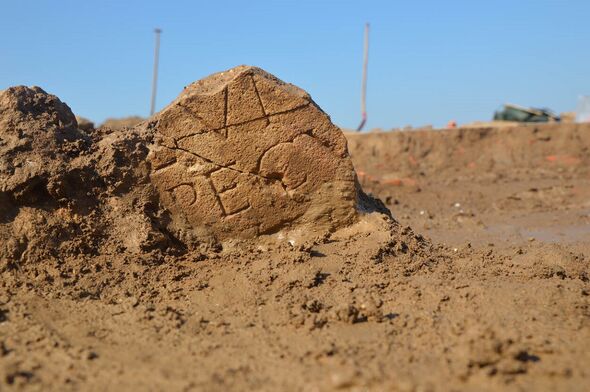 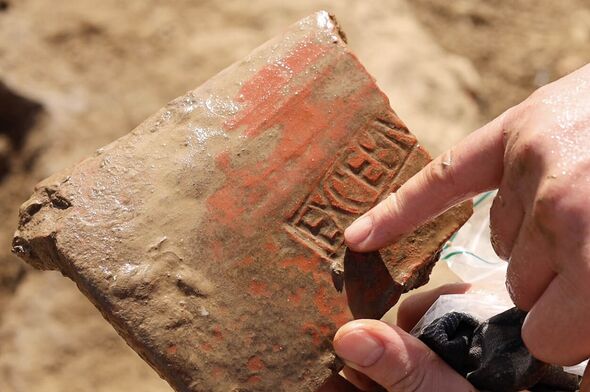 The team are able to associate the sanctuary with the Roman army through the abundance of stamped roof tiles found at the site. During this time period, roofing was an army activity.

Furthermore, excavations at the site have also revealed assorted Roman military artefacts, including pieces of armour, spear and lance points, and parts of horse harnesses.

The location of the sanctuary was special, the archaeologists believe, lying as it did on a natural elevation between the junction of the Rhine and Waal rivers that had been artificially increased.

At least two temples have been identified among the ruins, with one being a Gallo–Roman commune temple with colourfully painted walls and a tiled roof.

The second temple, meanwhile — which stood a few feet away from the first — was smaller but also sported “beautifully painted walls”, the Cultural Heritage Agency said. 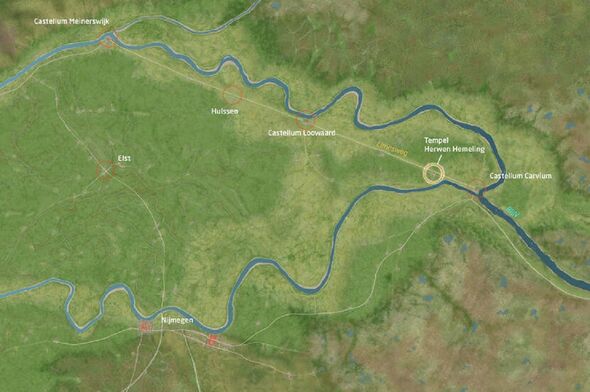 The discovery, he added, is “a valuable addition to our story about Roman Limes.

“We are now going to investigate this beautiful site as best we can and show it to the residents of Gelderland.”

To this end, various artefacts recovered from the dig are to be put on display this summer at the Valkhof Museum in Nijmegen, which is the largest city in Gelderland.