The team have been examining artefacts that were unearthed on Britain’s biggest roads. It is fair to say they could not believe it when they found a 2,000-year-old millstone decorated with an enhanced penis.

Steve Sherlock, Highways England’s Archaeology Lead for the A14, said: “The phallus was seen as an important image of strength and virility in the Roman world.”

This is the latest in a series of bizarre discoveries found by archaeologists working on Highways England’s £1.5 billion A14 upgrade project in Cambridgeshire which started in November 2016 and was completed in March 2020.

Experts were then invited to investigate the ancient relics found during the work on the road between Cambridge and Huntingdon. More than 300 querns – a type of stone tool – and millstones were recovered during the project.

Millstones, traditionally used for grinding grains, querns and stone tools for hand-grinding materials are extremely rare. Only four Roman millstones have been discovered from around a total of 20,000 nationwide, according to Highways England. 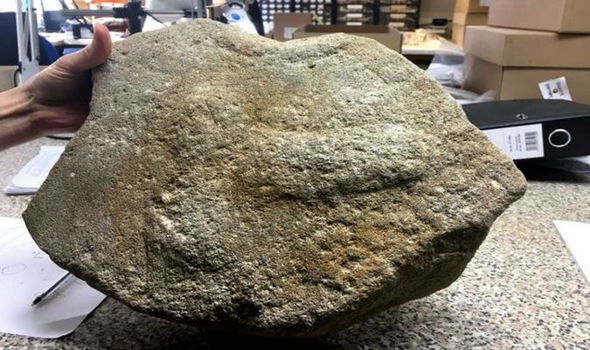 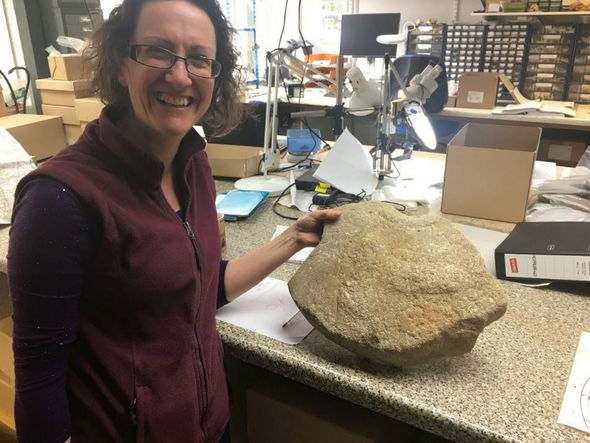 Many Roman artefacts have been discovered along the A14 in recent years alongside some relics dating back to the Ice Age.

Archaeologists have also found woolly mammoth tusks, woolly rhino skulls and the earliest evidence of beer brewing in Britain, dating back to as early as 400 BC.

The mammoths were believed to have roamed Britain around 14,000 years ago.

They have also discovered the second gold coin in the country depicting Roman emperor Laelianus, who reigned for about two months in 269 AD before he was killed.

News came last month that a woman in Hampshire was shocked to discover that a slab of rock she has been using for 20 years is actually worth £10,000 to £15,000.

The anonymous woman discovered the slab two decades ago and has been using it as a stepping stone for her stable. However, after the years washed away some of the debris on its surface, she noticed strange carvings on the face of the rock.

The carvings were of a laurel wreath carved into the marble rock. After having it professionally checked by a local archaeologist, the woman was stunned the object stems from the second century AD.