You can’t be Siri-ous! Apple’s in-app purchase prices rocket by 40 PERCENT in a year ‘due to app-tracking privacy feature’… as Google Play costs only rise by 9%

The average price of in-app purchases on Apple’s App Store has increased by 40 percent since last year, new data reveals.

Although inflation has hit Americans hard across the board over the last year, Apptopia notes that the price increases largely came before inflation set in.

The firm instead believes the higher costs have more to do with Apple’s push for App Tracking Transparency (ATT) – which was introduced in February 2021. 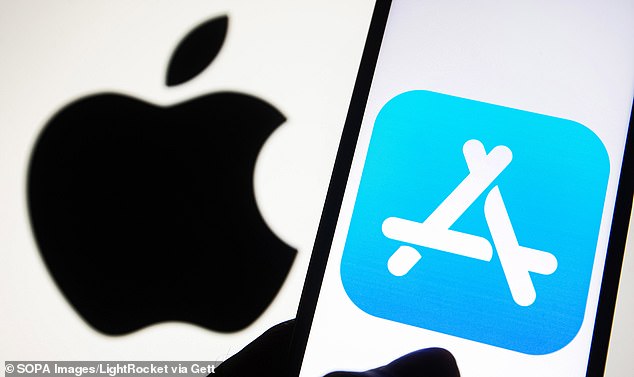 The average price of in-app purchases on Apple’s App Store has increased by 40 percent since last year, new data from Apptopia reveals 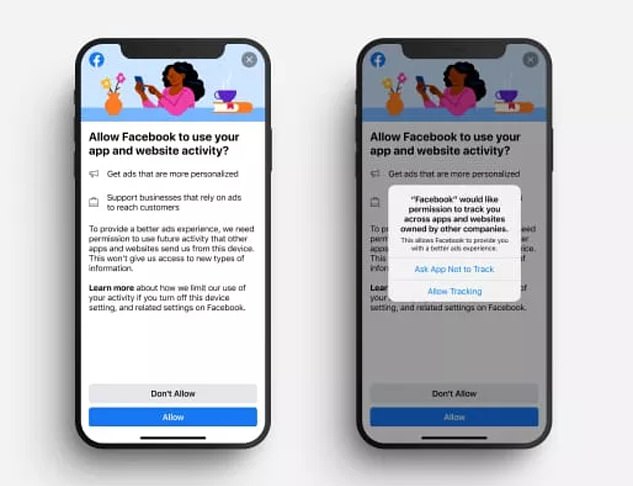 ‘You’ll notice the rise on iOS comes much before inflation hit hard in 2022, indicating publishers may actually be reacting to increased effective cost per install (eCPI) due to Apple’s (ATT) policies making it more expensive to acquire users,’ Apptopia explained in a blog post about the new data.

The privacy protocols for in-app purchases (IAPs) – introduced by Apple CEO Tim Cook as part of the iOS14 operating system – ask users to approve ‘tracking’ for each app that they download.

Since that tracking is a large part of how apps like Facebook profit from targeting advertisements, Meta’s revenue reported its first decline in July.

When he was asked about the new feature in an interview early last year, Cook told GQ that as the app ecosystem has developed, ‘what has happened is the tracking sort of without our consent.’

He said he ‘doesn’t mind’ tracking with consent, but says ‘too many people are just tracking [without our consent], and people either are not aware of it, or they’re not aware of the extent of it.’

At that time, Meta CEO Mark Zuckerberg said the new update would drive people away from Facebook Messenger and WhatsApp, which it also owns, and towards Apple’s iMessage, which is built-in on all of its products. He called the move ‘self-serving’ and said it will harm not only Facebook but small businesses.

Apptopia noted that prices have risen significantly more on the App Store than Google Play, so the data firm wanted to determine if all IAPs were equally impacted.

Single-purchase IAPs, such as a new skin in Tennis Clash, increased much more than in-app purchases for monthly or annual purchases like full year access to Headspace – Apptopia found.

App publishers are trying to present a value and hook customers for longer periods of time in order to cut down on acquisition costs, according to Apptopia.

When Apple released its third-quarter earnings in late July, it reported $19.6 billion in services revenue, which was a 12% year-over-year increase for the tech giant. That number was also down from the 27% growth it reported during the same time period last year.

‘The record level of performance of our services portfolio during the June quarter reflects the strength of our ecosystem on many fronts,’ Apple CFO Luca Maestri said on the company’s earnings call.