Apple has agreed to set up a $100 million fund for small US developers, as part of a proposed settlement to a class action lawsuit over ‘monopolistic practices’.

Developers building apps for the Apple App Store will also be able to offer customers an alternative payment options for the first time, as part of the deal.

The firm were accused of monopolistic distribution practices by operating the sole gateway to get apps or other content onto iPhones and other iOS devices, and not allowing alternative payment systems while taking a 30 per cent cut of sales.

As part of the settlement, Apple has said it will also offer developers who made less than $1 million per year between 2015 and 2021 access to a new $100 million fund.

The iPhone maker is also awaiting judgement in a separate App Store case filed by Epic Games, makers of Fortnite, over a similar issue around restrictions on the use of alternative payment systems beyond the App Store itself. 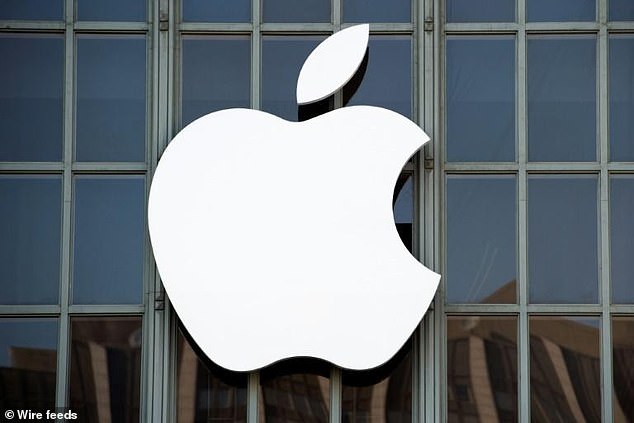 Apple has agreed to set up a $100 million fund for small US developers, as part of a proposed settlement to a class action lawsuit over ‘monopolistic practices’

Small developers, that is those earning under $1 million a year from the App Store, took Apple to court in the US.

They accused Apple of monopolistic distribution practices by acting as the sole gatekeeper to get apps on iPhones and other iOS devices.

Unlike Windows, Android or even MacOS, the only way to officially get apps on an iOS device is through the Apple App Store, where the firm takes a cut of every sale or subscription.

The lawsuit, filed in 2019 in the San Jose Division of the US District Court for the Northern District of California, has been settled two years later.

Adding that developers had no choice but pay it, as well as the $99 annual developer fee to access the marketplace.

It is similar to arguments raised by Spotify and Fortnite maker Epic in their legal action against Apple.

The judge still has to approve the settlement, which includes a $100 million fund and changes to App Store guidelines over information customers of alternative payment methods.

The compromise addresses a concern that US District Judge Yvonne Gonzalez Rogers repeatedly raised while presiding over the high-profile Epic-Apple trial.

She openly wondered why Apple couldn’t allow developers to display a range of payment options within their apps, much like brick-and-mortar retailers can show a range of different credit cards they accept in addition to cash.

Gonzalez Rogers still has to approve the settlement made between Apple and  Donald R. Cameron and Pure Sweat Basketball, the named plaintiff’s in the class action lawsuit.

Some argue the settlement is an $100 million attempt to fend off calls for more radical changes that could cost the firm billions per year in revenue.

‘The agreement clarifies that developers can share purchase options with users outside of their iOS app,’ Apple said in a statement on Thursday.

It also ‘expands the price points developers can offer for subscriptions, in-app purchases, and paid apps,’ the firm said.

The proposed changes come as Apple faces mounting pressure from lawmakers and regulators over its business practices, including the 30 per cent commission.

Under long-standing Apple rules, makers of iPhone apps were forbidden to email users with information on how to pay for services outside the app, which would circumvent Apple’s commission.

The concession opens one way for app developers to more aggressively encourage its users to pay in other ways, so long as the companies obtain consumer consent.

Apple will also set up a $100 million fund to pay thousands of app developers covered in the lawsuit sums ranging from $250 to $30,000.

App developers will get more flexibility to set different prices within their apps, expanding the options from about 100 to 500 choices.

But just being able to email users to explain why they should pay outside the app is a breakthrough for developers who have complained about Apple’s commissions as a form of price gouging for years.

Richard Czeslawski, one of the app developers that filed the lawsuit Apple is settling, hailed the freedom to email users as a ‘game changer’.

App developers ‘will take full advantage of this change in customer communications as a way to further reduce the commissions paid to Apple,’ predicted Czeslawski, CEO of Pure Sweat Basketball.

Some analysts were skeptical Apple’s settlement would make much of a difference, , while developers quickly criticised the move.

‘It’s so funny watching Apple PR’s song and dance, embarrassingly patting itself on the back, after yielding basically zero ground on the App Store’s most anticompetitive rules,’ said iOS developer Marco Arment. 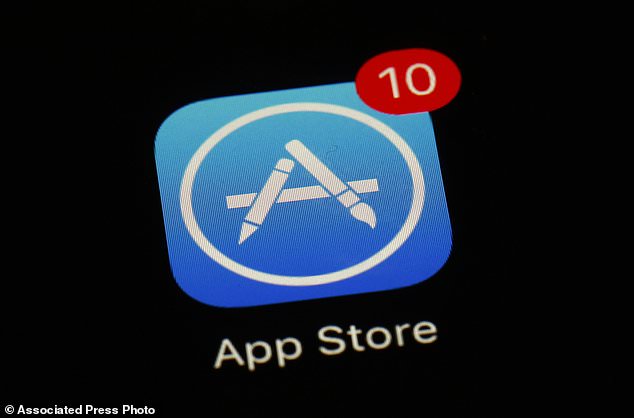 Developers building apps for the Apple App Store will also be able to offer customers an alternative payment options for the first time, as part of the deal

Other developers, including CAF Executive Meghan DiMuzio agree with that sentiment, calling the settlement offer ‘a sham’.

A more democratic approach to the App Store search function

Greater pricing freedom, with up to 500 options for price points

Telling MarketWatch it is ‘nothing more than a desperate attempt to avoid the judgment of courts, regulators, and legislators worldwide.

‘This offer does nothing to address the structural, foundational problems facing all developers, large and small, undermining innovation and competition in the app ecosystem.’

App Association President, Morgan Reed, as more positive about the change, saying it will ‘strengthen the app ecosystem and support the thousands of developers who make a living through mobile apps,’ in a statement.

Earlier this month, US senators introduced legislation that would make it illegal for app store operators such as Apple and Google to require use of their own payment systems for transactions, which may be behind the settlement offer.

Apple has claimed that its App Store policies stem from concerns over data security and privacy, with CEO Tim Cook telling the court that a more open system would allow third-party apps onto the store without review, creating a ‘big mess’.

The iOS mobile operating system is the second-most widely used in the world, behind Android and last year Apple users spent $643 billion on apps.

Earlier this year, Apple lowered its in-app commissions from 30 per cent to 15 per cent for developers with less than $1 million in annual revenue.

As part of the settlement announced Thursday, Apple is guaranteeing the lower commission for small developers will be extended for at least three more years. 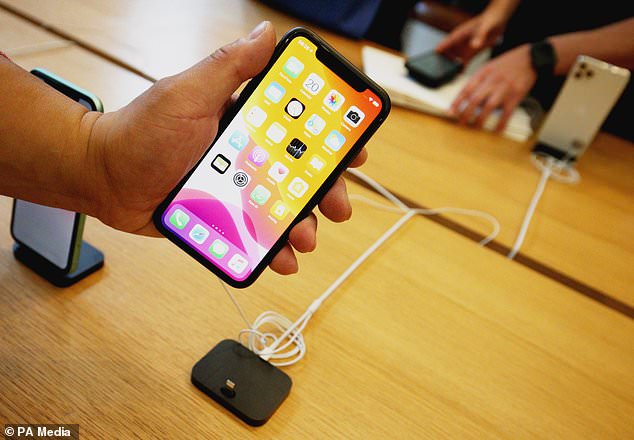 The firm were accused of monopolistic distribution practices by operating the sole gateway to get apps or other content onto iPhones and other iOS devices, and not allowing alternative payment systems while taking a 30 per cent cut of sales

But the lower commissions don’t help the largest app makers like Epic and Spotify, which are the leaders in a coalition trying to topple Apple’s so-called walled garden that prevents outsiders from offering other options.

Apple maintains it prevents alternative stores from offering apps on its iPhone to protect its own customers’ security and privacy.

However, its critics contend the company is simply trying to protect a cash cow that generates billions of dollars in profit annually.

Those tensions are likely to come to a boil when Gonzalez Rogers issues her ruling in the Epic case next month.