Your iPhone could soon detect if you’re DEPRESSED: Apple is working on technology to help diagnose mental health conditions by spotting key signs in how you use your smartphone, report reveals

Apple is working on new technology that could be used to help diagnose mental health conditions such as depression and cognitive decline, insiders claim.

Working with the University of California in Los Angeles and biotech firm Biogen, Apple is hoping to get more out of the health-related sensors in its devices.

The firm already has a wide health-related technology offerings, including heart, sleep and activity monitoring through the Apple Watch and iPhone.

Insiders, speaking to the Wall Street Journal, say researchers will use data from iPhone sensors to look for digital signals linked to certain mental health conditions, including depression and anxiety, and feed them into an algorithm.

This should be able to reliably predict depression and other conditions and form the basis of new features in a future version of Apple’s iOS operating system. 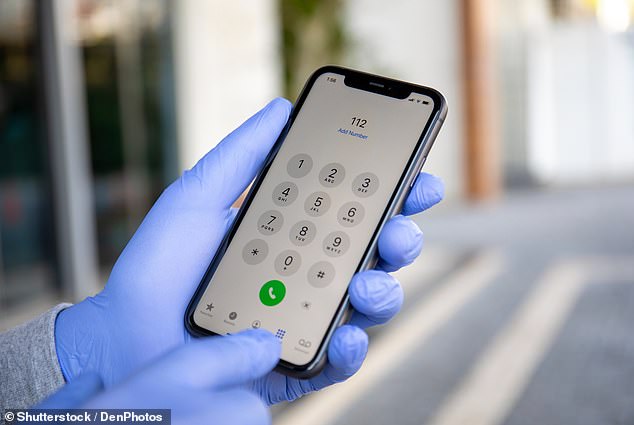 Apple is working on new technology that could be used to help diagnose mental health conditions such as depression and cognitive decline, insiders claim

The details come from two research projects that involve using technology in devices like iPhones and Apple Watches to predict mental health outcomes.

One, from UCLA, is exploring stress, anxiety and depression in partnership with Apple, and has been codenamed ‘Seabreeze’.

The other, codenamed ‘Pi’, is the work of Cambridge Massachusetts-based Biogen, and set out to study mild cognitive impairment.

These are early stage projects, and Apple is yet to confirm the details in the WSJ report, or whether they will actually result in new iPhone features.

To effectively diagnose a mental health condition, a patient requires close monitoring by experts to look for changes in behaviour from the norm.

Changes in phone use behaviour could be used in lieu of these specialists to give an early indication, especially in areas where specialists may not be available widely.

UCLA says its research into signs of stress, anxiety and depression started with a pilot phase using fall tracking features in the Apple Watch and iPhone in 2020.

The team is expanding this to use data from 3,000 people this year, and will be tracking data from the iPhone camera, keyboard and audio sensors and combining it with information from the watch on movement, sleep and vital signs.

It could include facial expressions, how the volunteers speak, how often they go for a walk, how well they sleep as well as heart and breathing rates.

People ‘close to the study’ told the WSJ they may also be looking at the speed of typing, frequency of typos, content they type and other points.

These are all thought to be be ‘digital signals’ hinting at signs of a mental health condition.

These large data sets coming from the devices can tell experts things about us we don’t know about ourselves, including clues on emotions, concentration, energy level and state of mind.

In April 2017, Casey Bennett of Laytonsville, Maryland, was driving home from school when he was struck by another vehicle, sending him and his Jeep Patriot flying through the air.

Bennett, 22, found himself hanging from the driver’s seat by just his seat belt, with his iPhone too far out of reach to call for help.

However, he remembered his Apple Watch included an SOS Emergency feature and held the side button down to contacted emergency rescuer worker, who were on the scene in six minutes.

Many wearers use the Apple Watch’s heart-monitoring capabilities to catch cardiac issues early.

James Green, 32, said in 2017 his timepiece notified him of a sudden rise in his heart rate, a sign of a possible pulmonary embolism.

Green had already suffered a life-threatening clot before and raced to the hospital, where doctors found a new clot on his lungs, which could have killed him in minutes if left untreated.

He says the only reason he is only alive is because of that notification.

‘Never thought a stupid lil [sic] wrist computer I bought two years ago would save my life,’ Green tweeted. ‘Saw my heart rate go up, ended upeing a pulmonary embolism.’

Reports suggest the UCLA researchers are having the volunteers fill out questionnaires on their mental health, and looking for stress hormones in their hair follicles to see if the data matches.

A future app, possibly the Apple Health app, could then warn someone they are at risk and should seek professional care.

Biogen meanwhile, is working with a cohort of 20,000 participants using the iPhone and Apple Watch to track cognitive function over two years.

It hopes this can be used to identify mild cognitive impairment, a condition that often leads to Alzheimer’s.

Similar to the UCLA project, it could result in new iPhone features that could warn people they are at risk and suggest they seek help earlier than would otherwise happen.

Mental health conditions spiked during the coronavirus pandemic, especially around depression and anxiety, according to the UK Office for National Statistics.

Around 1 in 5 adults experienced some form of depression in early 2021, more than double that observed before the coronavirus pandemic started.

Rumours have circled for a number of years of Apple’s ambition to bring mental health support to its devices and health services.

With the release of watchOS 8 yesterday, Apple unveiled the Mindfulness app for the Apple Watch, designed to help people ‘take stock’ and breathe.

The Wall Street Journal reported that Apple Chief operating Officer, Jeff Williams, has spoken enthusiastically about the potential the firm has to address the surging rates of depression and anxiety around the world.

The head of health team also spoke of how its devices could be used to support other brain disorders and cognitive decline.

It isn’t clear how much tracking and personal data would be required to make the technology work, but it would likely require users to trust Apple with significant, and very sensitive personal information.

Apple says privacy is paramount in all of its products and services, but the firm is under intense scrutiny over plans to access user data to warn authorities if it detects evidence of child pornography in photo libraries or data stores.