Apple CEO Tim Cook is celebrating Steve Jobs who would have been 66 years old on Wednesday.

Cook shared a tweet wishing the late co-founder a happy birthday, along with celebrating Jobs’ technology that ‘brought us together in limitless ways’ during a year that many were under lockdowns due to the coronavirus pandemic.

‘That’s a testament to Steve’s life and the legacy he left, which continue to inspire me every day,’ Cook wrote in the tweet that included a black-and-white image of Jobs smiling.

Jobs, who co-founded Apple with Steve Wozniak and Ronald Wayne in 1976, died October 5, 2011 at the age of 56 after a battle with cancer. 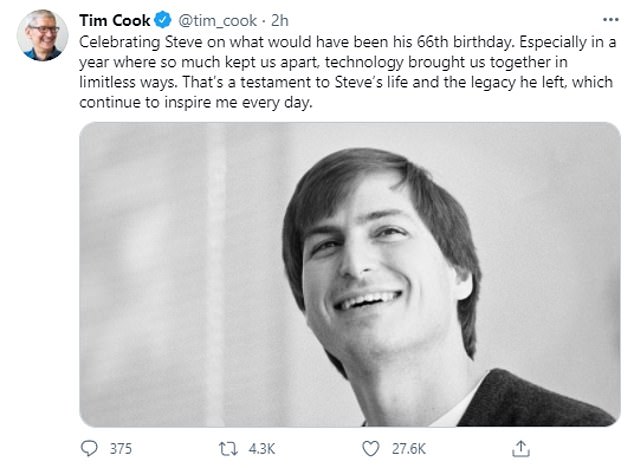 Jobs, along with Wozniak and Wayne, created Apple on April 1, 1976 that was originally about selling computer kits that led to the first product known as Apple I.

From there the team built other computers, each more advanced than the previous, and in 1984 they introduced the Macintosh.

In 1998, Cook joined Apple after Jobs invited him to join as senior vice president of worldwide operations – a time when the company was on the verge of bankruptcy.

To convince Cook to get on board, Jobs told him about a new product that was sure to shake up the computer world – the iconic iMac G3. 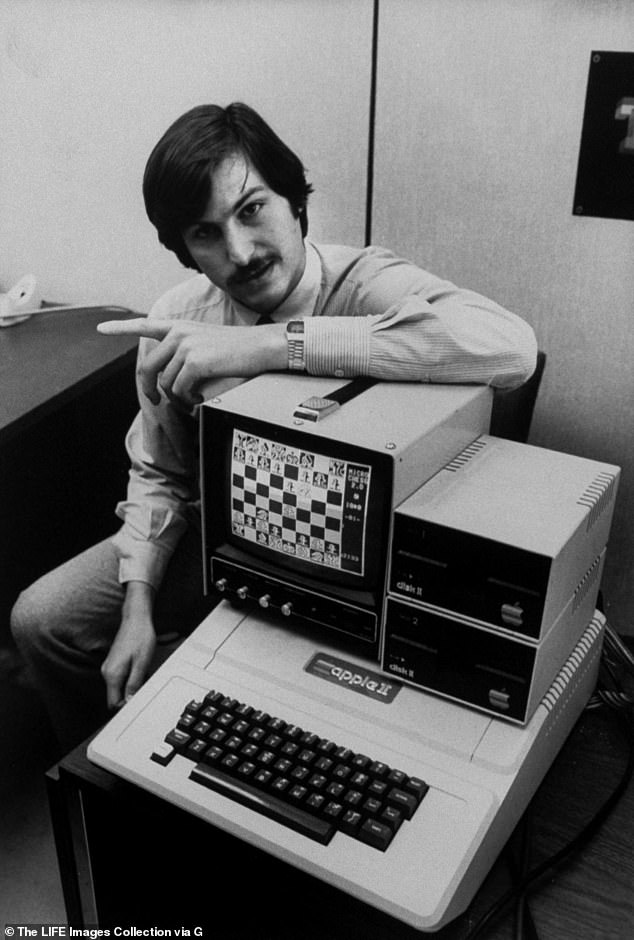 Jobs (pictured), along with Wozniak and Wayne, created Apple on April 1, 1976 that was originally about selling computer kits that led to the first product known as Apple I. Pictured is Jobs with the Apple II 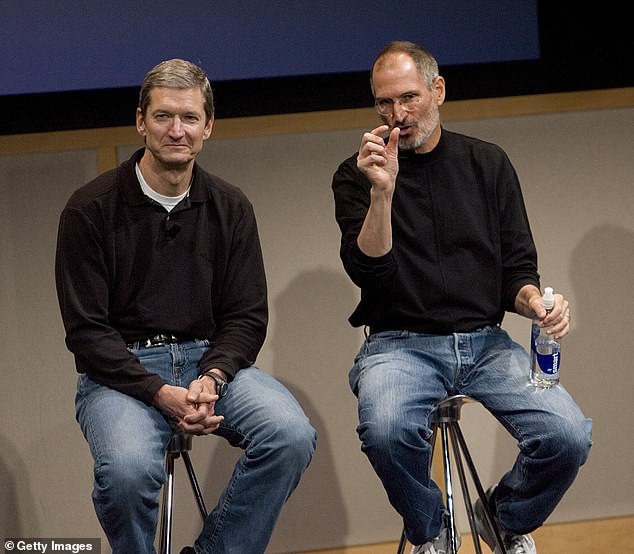 In 1998, Cook (left) joined Apple after Jobs (right) invited him to join as senior vice president of worldwide operations – a time when the company was on the verge of bankruptcy. Pictured is the pair in 2007

‘I had always thought that following the herd was not a good thing, that it was a terrible thing to do,’ Cook said in a 2010 interview.

‘But I looked at the problems Apple had, and I thought, you know, I can make a contribution here. So all of a sudden, I thought, I’m doing it. It didn’t make sense. And yet, my gut said, go for it. And I listened to my gut.’

The computer featured a bulbous, colorful design that launched shortly after Cook started at Apple and helped the firm become the tech powerhouse it is today.

Jobs succumbed to pancreatic cancer in 2011, but Cook has said numerous times that he thinks of the late founder every single day. 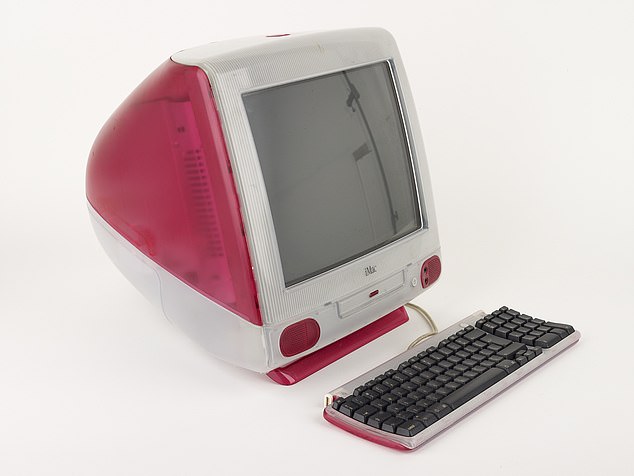 To convince Cook to get on board, Jobs told him about a new product that was sure to shake up the computer world – the iconic iMac G3 (pictured) 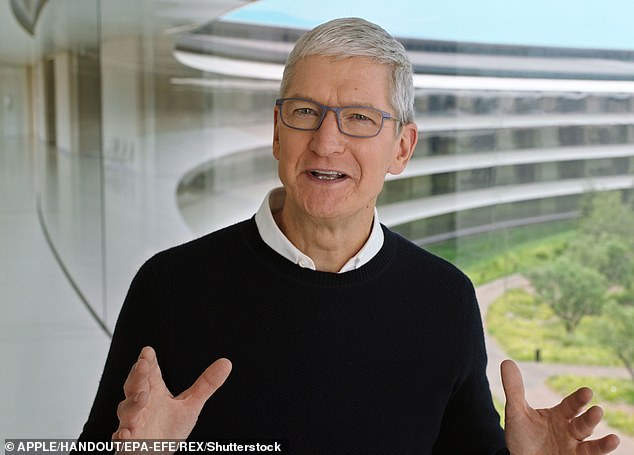 And the CEO shares a tweet each year on the anniversary of the birth of Jobs.

In 2019, Cook tweeted a simple Steve quote:’The most precious resource we all have is time.’

‘A great soul never dies. It brings us together again and again.’ — Maya Angelou. You’re always with us Steve, your memory connects and inspires us every day,’ reads the tweet.