The British Antarctic Survey (BAS) is the national operation running in the frozen desert and is part of the Natural Environmental Research Council. With over 400 staff, BAS takes an active role in Antarctic affairs, operating five research stations, two ships and five aircraft in both polar regions, as well as addressing key global and regional issues. This involves joint research projects with over 40 UK universities and more than 120 national and international collaborations since a small expedition established a permanently occupied base on the continent during World War 2.

Award-winning filmmaker and author Jon Bowermaster then revealed another forgotten building on Detaille Island, found on the northern end of the Arrowsmith Peninsula in Graham Land.

Speaking during his Amazon Prime documentary ‘Terra Antarctica,’ he said: “I go ashore to have a look at an old British refuge hut, this one is known simply as Camp W, untouched since its last occupants ran out more than 50 years before.

“It probably hasn’t been occupied for more than half-a-century. 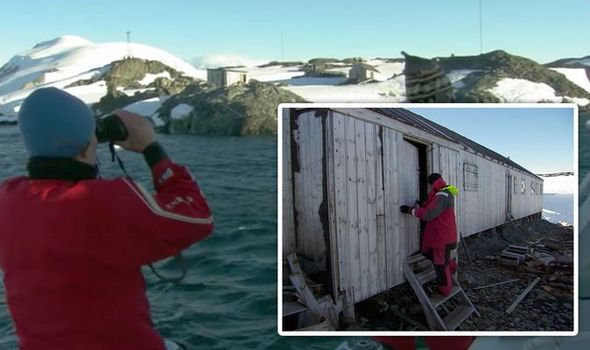 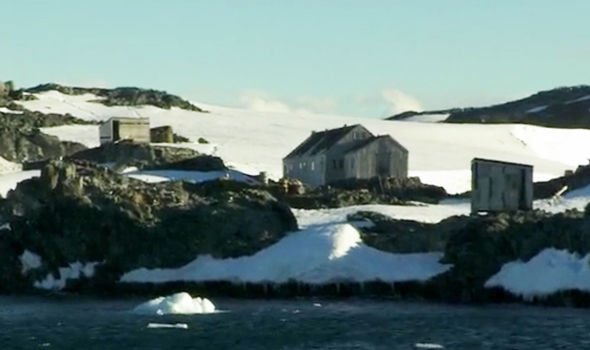 “It should have been torn down some years ago by a treaty, but it’s still here.

“It’s a little spooky, this was probably the room that was used the most because it’s got the furnace in it.”

Mr Bowermaster went inside the old base and explored its contents, giving him an insight into life five decades ago.

He added: “It’s also where it appears that eight guys at minimum slept.

“Here’s a note saying, ‘We occasionally do stop here. The stocks of coal, paraffin and petrol are for emergency use only.’ 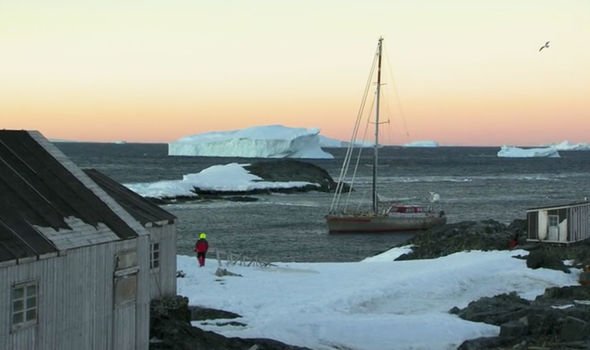 “So when BAS was still running dogs through here, they would stop occasionally and use this as a shelter.

“Obviously they had plenty of time to read, although when you study the name of the books they are detective and romance novels.

“I guess when they were reading they wanted to be as far away as they could possibly be.”

On the north-western shore of Wiencke Islands, a British research base was converted into a Post Office in 1962.

Mr Bowermaster revealed how Camp W, also known as Base W, could be of interest to a similar project in the future. 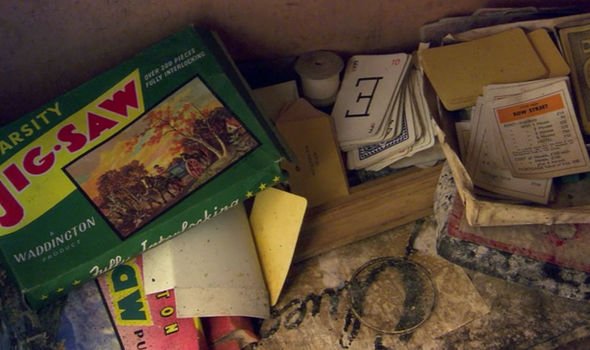 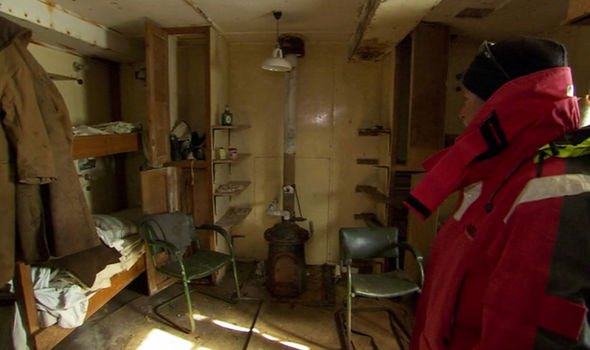 He added in 2016: “You get a sense as to why the place was abandoned – the boat probably turned up and they just scooted.

“They also probably figured they were coming back, but apparently no one came back.

“Its future hangs in the balance, a historic society that renovated Port Lockroy has its eye on the place, or it may be torn down and the site cleared.”

From 1956 to 1959, Camp W was used by BAS and closed after the end of the International Geophysical Year (IGY).

The base had been intended to host dog-sledging survey parties which would cross the sea ice to the nearby Antarctic Peninsula, but the ice was dangerously unstable. 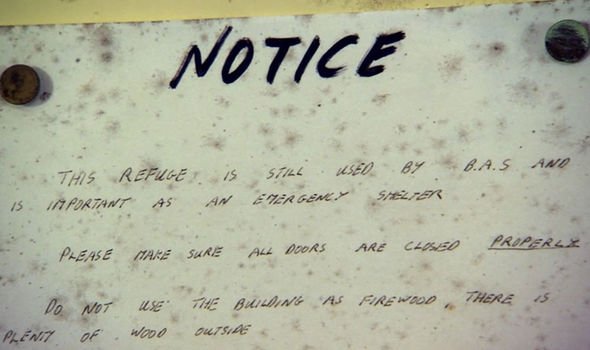 When the base was vacated, heavy sea ice prevented resupply ship Biscoe from approaching closer than 31 miles, despite the assistance of two US icebreakers.

So the scientists were forced to close up the base, load sledges with only their most valuable gear and use dog teams to reach the ship.

It is now often visited by Antarctic cruise ships but is otherwise unoccupied.

Detaille Island is maintained by the UK’s Antarctic Heritage Trust.

The organisation works to conserve Antarctic buildings and artefacts and to promote and encourage the public’s interest in its Antarctic heritage.