The icy continent is an unspoilt haven for scientists and home to the geographic South Pole – which NASA is using to prepare for life on Mars. More than 1,000 scientists reside there in various camps across the frozen desert, braving temperatures as low as -90C. Their research, which includes drilling deep into the snow to gain ice core samples, has been pivotal to proving the effects of climate change on the continent.

It was revealed during Nova’s “The Secrets Of Antarctica” why Antarctica is the perfect testing ground to study global warming.

The narrator said in 2015: “In the past decade alone, rising temperatures have caused giant pieces of coastal ice to shrink or crumble.

“Polar researchers fear this could be just the beginning of a chain reaction.

“But have Antarctica’s ice sheets ever melted before? That’s what an international team of geo detectives want to find out. 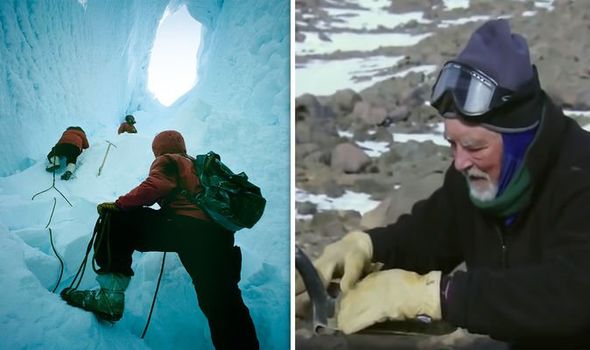 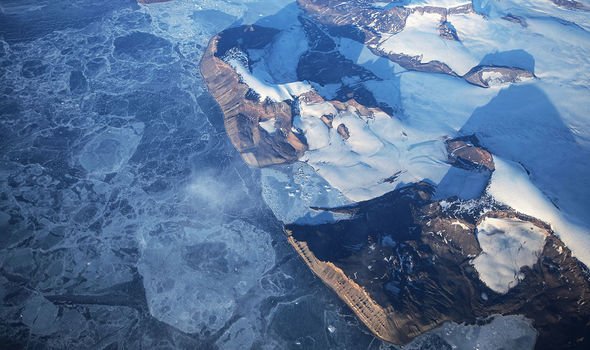 “To get a more precise picture of Antarctica’s future they plan to dig deep for answers from the past with a giant drill.”

The series went on to detaill how the area was once part of a much bigger continent.

The narrator continued: “Antarctica was not always locked in a deep freeze, 160 million years ago it was part of an enormous supercontinent closer to the equator.

“At the time, Earth was much warmer than today, and fossil evidence suggests this giant land mass was a tropical habitat for dinosaurs.

“As Earth was getting colder, carbon dioxide levels and ocean currents cooled the isolated continent even further.

“Then around 34 million years ago, ice slowly began to form and it took millions of years for it to finally lock into a deep freeze.”

However, this deep freeze allowed for plant life to remain completely intact and now it is melting, researchers can get a glimpse into the past. 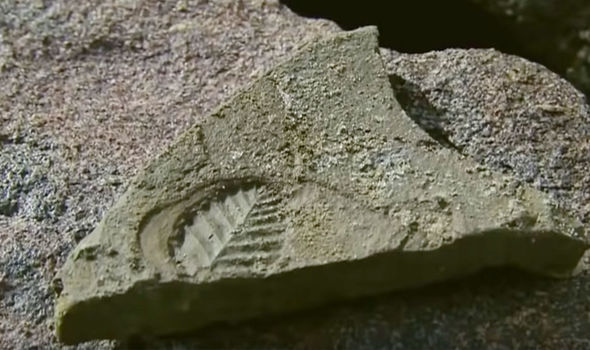 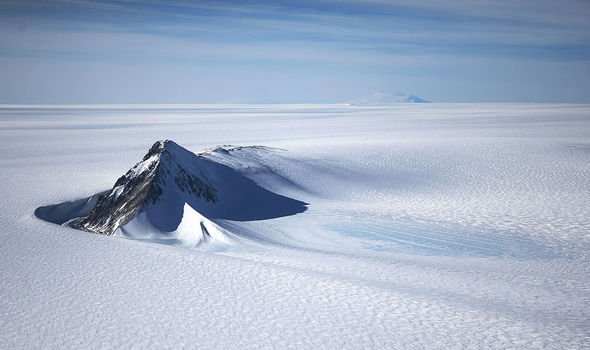 He said: “Look, a leaf – that fell into the mud maybe 20 million years ago.

During the same series, a 15-million-year-old discovery was also uncovered after the Antarctic Drilling Project (ANDRILL) team dug 440 metres below the ice.

The documentary explained: They recover a 12-foot length of core,wrap it in a protective cover before workers carefully carry it back to the lab to be examined.

“When they crack it open, it’s in perfect condition.

“This mud and rock is more valuable than gold because each core is a time machine.

“We’re currently down to the depth of body 440 metres, that’s about a quarter-mile down corresponding to a time at least 15 million years ago when Antarctica was still warm.

“As the cores are recovered, each section is sliced lengthwise, X-rayed and scanned in labs at the drill site and back at McMurdo.”