A painstaking trawl through a decade’s worth of data has revealed South California has experienced nearly two million earthquakes since 2008.

The region is also home to the notorious San Andreas fault and is regularly monitored for signs of tectonic movement and and seismological activity.

California-based scientists went through a vast a catalogue of data and found a total of 1.81 million earth tremors – equating to 495 a day and one every 174 seconds.

Previous estimates stated there had been only 180,000 recorded earthquakes – with that being one every 30 minutes. 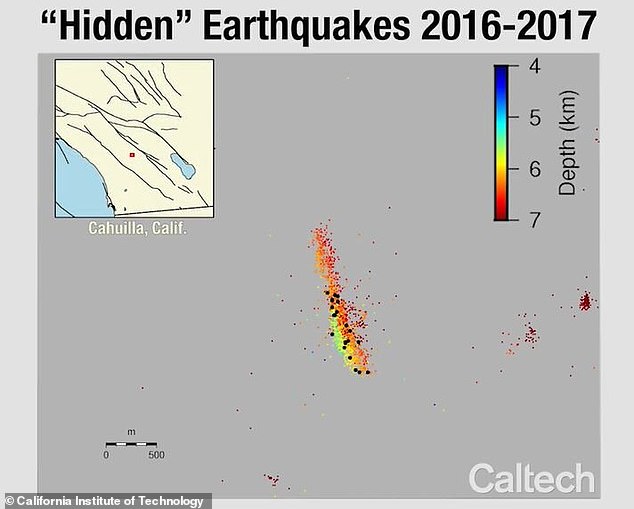 California-based scientists went through a vast a catalogue of data and found a total of 1.81 million earth tremors – equating to 495 a day and one every 174 seconds (pictured here as individual dots, blue ones happened closer to the surface than red dots)

The ten-fold increase is a result of a study published in Science and done by researchers from the California Institute of Technology.

The enormous increase is a result of a labour-intensive and time consuming process which is normally reserved for small-scale projects.

It focused on temblors between magnitude -2 and 1.7 to get a better gauge of the area’s activity.

These quakes are so small that they can be difficult to spot amid the background noise that appears in seismic data, such as shaking from automobile traffic or building construction.

‘It’s not that we didn’t know these small earthquakes were occurring. The problem is that they can be very difficult to spot amid all of the noise,’ says Zachary Ross, lead author of the study form Caltech.

They deciphered signs of earthquakes from background noise by using a method known as ‘template matching’.

This takes larger quakes and uses them as a template to provide easily identifiable markers and keys to the signature of a what a smaller event would look like at a specific location.

Potential candidate quakes that slipped through the gaps before were then investigated further and verified using nearby sensors before it was added to the list. 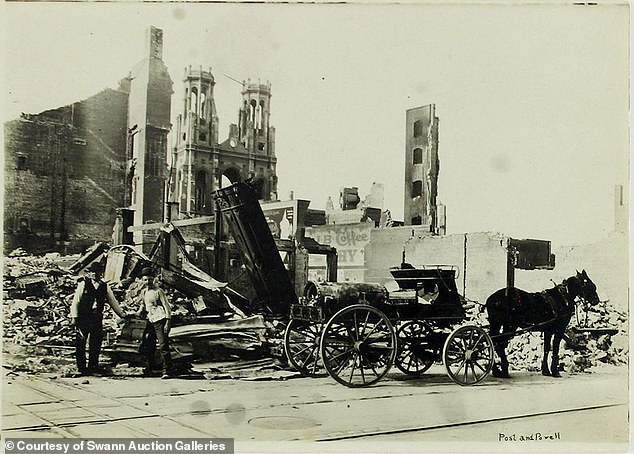 The datra will add to a growing understanding of the areas volatile seismology and help the city prepare for any large events to avoid the mass devastation caused the terror temblor that struck on April 18, 1906 (pictured)

Egill Hauksson, research professor of geophysics at Caltech, said: ‘Seismicity along one fault affects faults and quakes around it, and this newly fleshed-out picture of seismicity in Southern California will give us new insights into how that works.’

It unveiled a series of foreshocks to much larger events and also swarms of earthquakes – which pose a much larger risk to infrastructure and life.

It comes as the region marks the 113rd anniversary of the earthquake that destroyed the northern California city on April 18, 1906.

The calamitous 7.9 magnitude quake left extensive damage in the wake of the one-minute temblor, such as towering buildings knocked down to a pile of bricks and full neighborhoods crushed to debris.

Homes that weren’t destroyed were slanted sideways and streets were splintered and broken, with giant cracks ripping through the earth.

The deadly quake woke up the city at 5am, shaking the earth for one long minute, but the city would reel from the intensive damage for years to come.

Gas and pipelines were twisted and broken and rampant fires broke out and raged on for days. 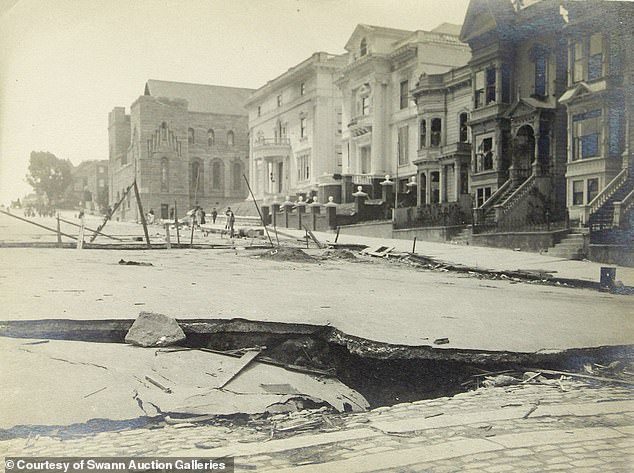 The discovery of one quake every three minutes comes as the region marks the 113rd anniversary of the earthquake that destroyed the northern California city on April 18, 1906. The calamitous 7.9 magnitude quake left extensive damage in the wake of the one-minute temblor 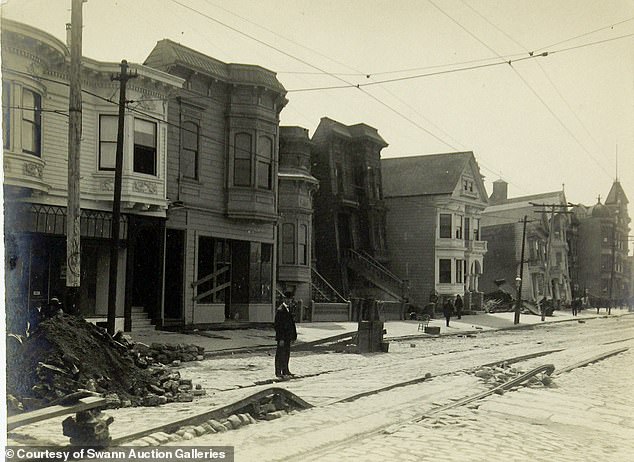 A total of 3,000 people perished in the 1906  earthquake and its vicious aftermath and 80 percent of San Francisco was destroyed

A total of 3,000 people perished in the earthquake’s and its vicious aftermath and 80 percent of San Francisco was destroyed.

‘One side of the country moved north, while the other side stood where it was, and there came a tear through the entire San Mateo county north and south,’ Hermann Schussler, chief engineer of the Spring Valley Water Works, said in a testimony after the quake.

‘If San Francisco had been at or near the fault line there would not have been anything left of it,’ he added.

The quake has gone down in history as one of the most destructive of all time.

While the precise total is uncertain, reports at the time ranged the number of fatalities to be between 700 and 3,000.

California is now peppered with seismology sensors and ‘earthquake-proof buildings as well as a plethora of systems and detectors to warm of any potential risk to life from an imminent quake. 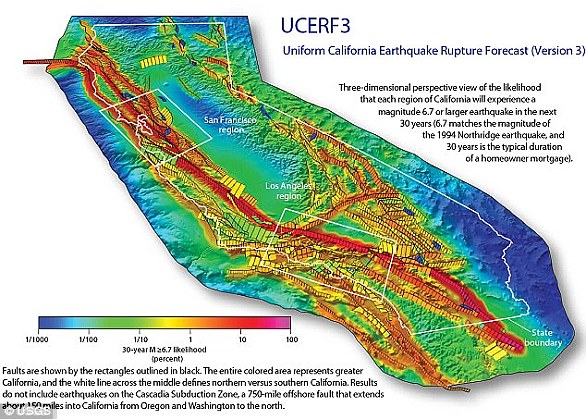