Forget little green Martians! Aliens from other planets will look ‘just like animals here on Earth’ with symmetrical bodies and legs, wings or fins, zoologist claims

Alien beings living on a distant world around another star would look ‘just like animals on Earth’ and be formed from the same processes, an astrobiologist claims.

Arik Kershenbaum, author of a new book called The Zoologist’s Guide to the Galaxy, claims Darwinian natural selection would apply throughout the universe.

This is the processes that governs the formation of life on Earth, and so would result in creatures that are remarkably similar to those we see on our own world, he said.

The zoologist and astrobiologist from the University of Cambridge said this would result in alien creatures that have symmetrical bodies with wings, legs or fins.

They would also be intelligence, have a developed language and possibly even technology, adding you may be able to ‘have tea with an alien’ if we ever meet one. 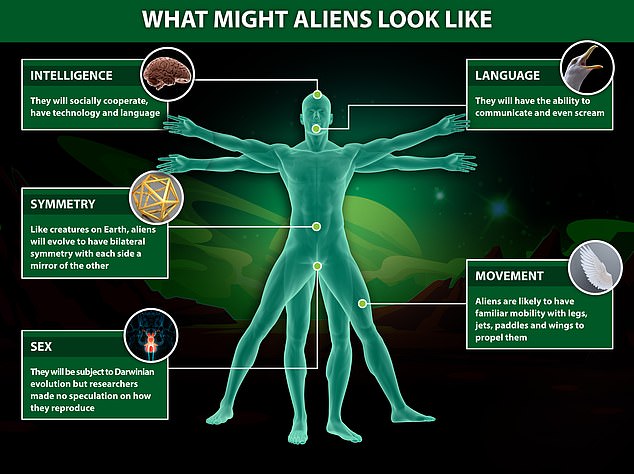 Alien beings living on a distant world around another star would look ‘just like animals on Earth’ and be formed from the same processes, an astrobiologist claims 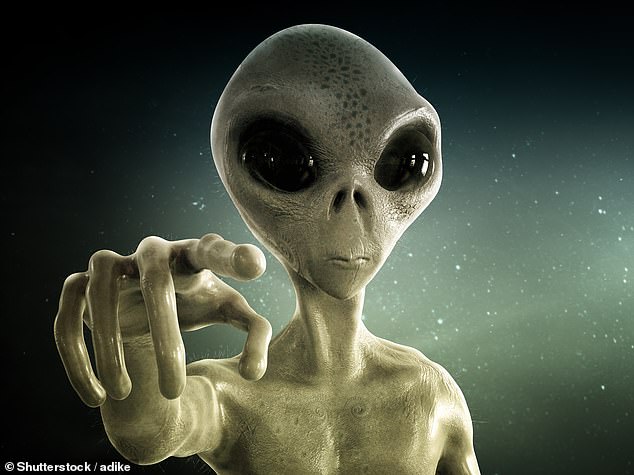 Arik Kershenbaum, author of a new book called ‘the zoologist’s guide to the galaxy’, claims Darwinian natural selection would apply throughout the universe. Stock image

How have scientists previously estimated the likelihood of alien civilisations?

Written in 1961 by Frank Drake, this attempts to estimate the number of living and communicative alien civilisations in the Milky Way galaxy.

It takes into account factors including rate of star creation, number of these with planets, and fraction of planets that develop life.

It was designed not to provide an exact number but rather stimulate debate on how many extraterrestrial civilisations there are.

This model, developed in 2010 by Italian astronomer Claudio Maccone, is considered mathematically more complex and robust.

It used values for each factor in the Drake equation accepted by many astronomers to predict there are 4,590 alien civilisations.

The paradox asks why scientists are predicting so many extraterrestrial civilisations, yet humans are yet to find evidence for any others.

The book, published in hardback on Wednesday by Viking-Penguin, explores what animals on Earth can reveal about aliens and ourselves.

Kershenbaum delves into the creatures of Earth, explores evolutionary theory, and makes predictions about creatures living on world’s light years from our own.

It draws in part on work by Richard Dawkins, exploring the concept of ‘Universal Darwinism’, with Dawkins himself saying the book offers a ‘wonderfully insightful sidelong look at Earthly biology’.

So what could we expect if ET were to come and visit? Well, according to Kershenbaum it would be reassuringly familiar to life as we know it.

He says the ‘universal laws of biology’ governing all life on Earth would likely apply to aliens, with species evolving by natural selection.

That would apply regardless of what the creatures are made of chemically, what environments they live in or the type of star their planet orbits, he asserts.

Charles Dawin’s theory of natural selection is the survival and reproduction of individuals based on their ability to breed successfully.

It gradually restricts the menu of evolutionary possibilities based on creatures that emerge from various unions over thousands and millions of years.

Kershenbaum says this would also apply to alien species on a distant world.

He said that while they might not look ‘exactly’ like creatures on Earth, and may even breathe different air – they will still evolve based on certain restrictive properties that best suit their environment.

Writing for BBC Science Focus magazine in 2020, he said: ‘The most important rule is that life arises by natural selection. Life adapts to its environment.

‘Complex aliens will have evolved from simple aliens, to solve the problems on their planet. Problems like finding food, avoiding becoming someone else’s food, and reproducing.’

He suggests that alien creatures will likely follow some familiar patterns – for example they will be bilaterally symmetric – that is their left side mirrors their right side.

There will be predators and prey, which will result in camouflage and armour similar to creatures on Earth. They will be social as well as individualistic and have a range of movements designed to avoid their dominant predator. 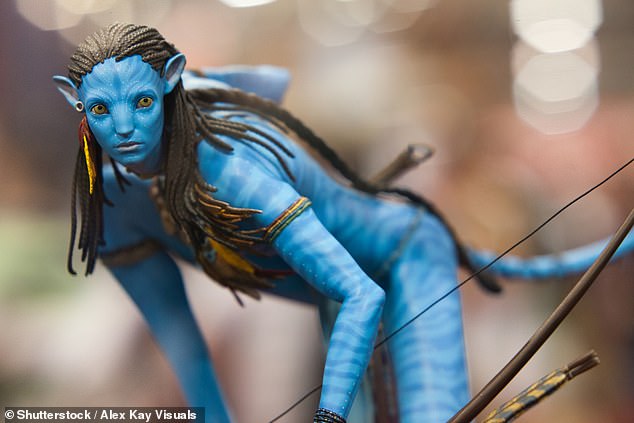 They would also be intelligence, have a developed language and possibly even technology, adding you may be able to ‘have tea with an alien’ if we ever meet one. Stock image

An example he gave came from observations of fish living on the sea floor on Earth – who use electrical pulses to indicate their social status.

He said a dominant species on a distant world may have evolved to use electricity for more detailed and more advanced communication.

They would also likely have familiar limbs for motion – such as legs, flippers, fins, wings and even forms of jets to help them in certain atmospheres.

He wouldn’t be drawn on how the creatures would reproduce, as there are many forms on Earth and it could depend on the environment.

The creatures will likely be intelligent, with dominant species evolving technology, language and ways to communicate, Kershenbaum explained.

‘We all want to believe in intelligent aliens,’ he wrote in the book, adding that ‘it seems inevitable that they will, in fact, exist. 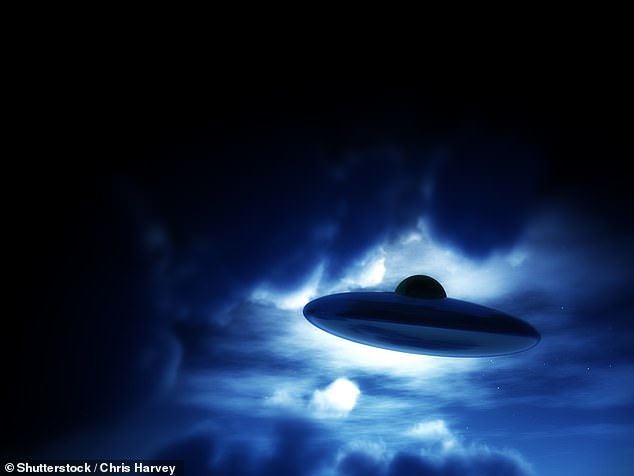 Kershenbaum predicts that if they don’t destroy themselves first, alien species will develop the ability to visit other worlds and civilisations at some stage in their evolution. Stock image

He posits that there will exist multiple systems with social and intelligent organisms that have the ‘skill of language’ and complex technology.

‘It is hard to see how any other outcome is possible,’ said Kershenbaum.

In fact he believes it could be possible we may meet them as they ‘will be building spaceships and exploring the universe’ – something that humanity may also achieve.

However, he does warn that this may all be for nothing, as it can only happen ‘if they manage to avoid destroying themselves first.’

The author doesn’t believe we will meet these creatures anytime soon as the possibility – due in part to the vast distances between star systems – is so remote ‘as to be almost dismissed’.

The Zoologist’s Guide to the Galaxy by Arik Kershenbaum is available from Viking-Penguin in paperback, hardback, audio book and eBook versions.

Since then other types of pulsars that emit x-rays and gamma rays have also been spotted.

Pulsars are essentially rotating, highly magnatised neutron stars but when they were first discovered it was believed they could come from aliens.

In 1977, an astronomer looking for alien life in the nigh sky above Ohio spotted a powerful radio signal so strong that he excitedly wrote ‘Wow!’ next to his data.

In 1977, an astronomer looking for alien life in the nigh sky above Ohio spotted a powerful radio signal so strong that he excitedly wrote ‘Wow!’ next to his data

The star, otherwise known as KIC 8462852, is located 1,400 light years away and has baffled astonomers since being discovered in 2015.

Exoplanets in the Goldilocks zone in 2015

In February this year astronomers announced they had spotted a star system with planets that could support life just 39 light years away.

Researchers claim that they will know whether or not there is life on any of the planets within a decade, and said ‘this is just the beginning.’