New research sheds further light on the Red Planet having water on its surface by adding that it would have been warm and wet enough to have massive rainstorms and flooding billions of years ago. This means it would have housed the perfect environment to support life, the study, which was presented at the Goldschmidt Geochemistry Conference in Barcelona, reports. Purdue University professor Briony Horgan told Fox News: “We know there were periods when the surface of Mars was frozen, we know there were periods when water flowed freely.

“But we don’t know exactly when these periods were, and how long they lasted.

“We have never sent unmanned missions to areas of Mars which can show us these earliest rocks, so we need to use Earth-bound science to understand the geochemistry of what may have happened there.

“Our study of weathering in radically different climate conditions such as the Oregon Cascades, Hawaii, Iceland, and other places on Earth, can show us how climate affects pattern of mineral deposition, like we see on Mars.”

The study reported on patterns that were analysed in the Martian mineral data collected by NASA’s Curiosity rover and their CRISM spectrometer. 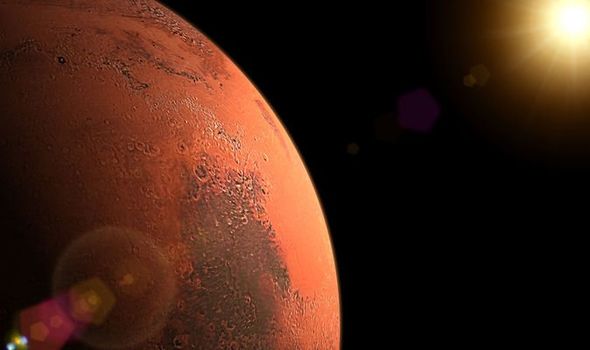 The information was compared with locales on Earth, leading researchers to learn that Mars had at the very least one long period of torrential rainstorms and flowing surface water.

The study reads: “Silica signatures have been identified from orbit on Mars in Amazonian periglacial terrains, and the Curiosity rover has identified silica-rich poorly crystalline materials in Hesperian lake sediments in Gale crater.

“We suggest that these amorphous phases on Mars could have formed in cold climates during punctuated melt events. However, the most common Noachian alteration signatures are crystalline clay minerals in compositionally zoned stratigraphies, for which the closest terretrial analogs are deep weathering profiles only known to form under persistent rain-dominated climates.”

Ms Horgan, referring to the silica signatures, added: “If this is so, it is important in the search for possible life on Mars.” 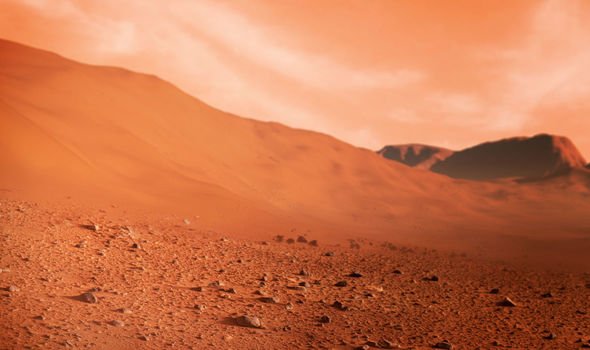 The theory of water on Mars has long been accepted by scientists, particularly after the discovery of clay on the plant spotted by the rover.

But the news brings more evidence on what Mars’ climate was like.

Space.com reports that Mars has an average temperature of approximately negative -26C and that the atmosphere is made up of carbon dioxide, making it challenging to support life there. 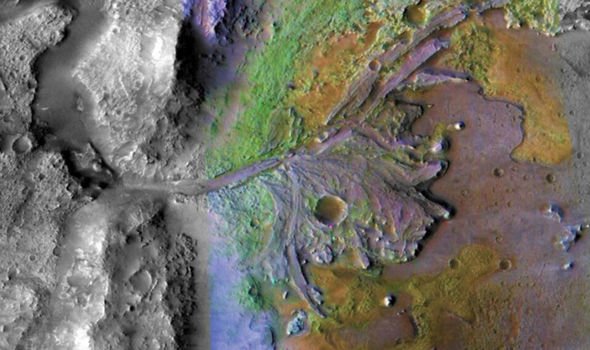 She added that flowing water is “essential for life’s development”.

She said: “So evidence that we had early, flowing water on Mars, will increase the chances that simple life may have developed at around the same time as it did on Earth.

“We hope that the Mars 2020 mission will be able to look more closely at these minerals, and begin to answer exactly what conditions existed when Mars was still young.”

NASA said in a statement that it hopes the Curiosity rover, which “has a few more years before its nuclear power system degrades enough to significantly limit operations,” can provide more answers to the question of life on Mars – particularly as it continues to loom ever-larger in US future.

NASA announced in November last year it would land on the red planet in 2021. The space agency’s goal is to send a manned-mission there in the 2030s.