In some of Earth’s waters, such as the Red Sea and the oceans surrounding the Bahama’s, some coral can turn to biofluorescent colours as a way of protecting themselves against the Sun’s UV radiation. These animals and plants are often found in shallow waters, where they do not have much protection from UV rays. However, on planets which have a host star which emits even harsher flares loaded with ultraviolet radiation, any potential biofluorescent beings in the oceans of an exoplanet could be even brighter.

This is new approach in which experts could search for aliens, according to a new study published in the Monthly Notices of the Royal Astronomical Society.

Lead author Jack O’Malley-James, a researcher at Cornell University’s Carl Sagan Institute, said: “This is a completely novel way to search for life in the universe.

Co-author Lisa Kaltenegger, associate professor of astronomy and director of the Carl Sagan Institute, added: “On Earth, there are some undersea coral that use biofluorescence to render the sun’s harmful ultraviolet radiation into harmless visible wavelengths, creating a beautiful radiance. 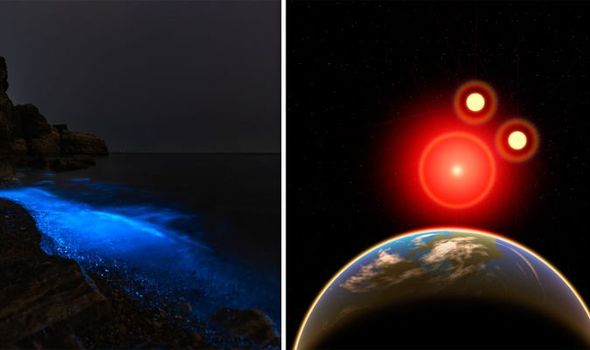 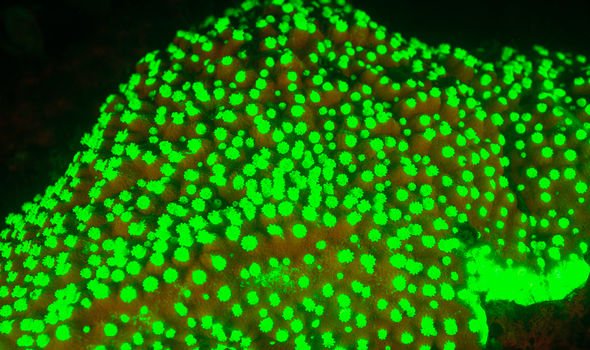 “Maybe such life forms can exist on other worlds too, leaving us a telltale sign to spot them.

“Such biofluorescence could expose hidden biospheres on new worlds through their temporary glow, when a flare from a star hits the planet.”

Most exoplanets, planets which are not found in our solar system, orbit stars known as M-type stars – the most commonly found stars throughout the Universe.

These M-type stars frequently flare up, releasing an explosion of ultraviolet flares. 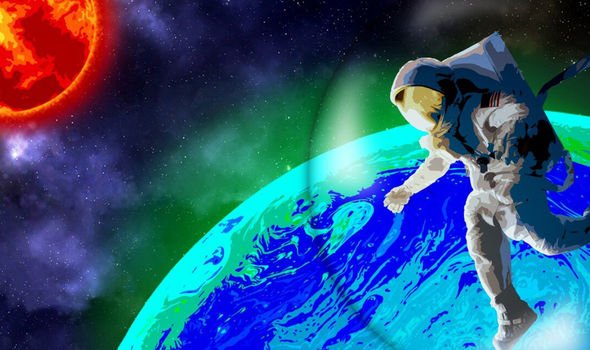 When they do, the resulting particles could collide with a planet orbiting said star, potentially creating a biofluorescent glow.

One such planet which scientists may wish to examine, according to the research, is Proxima-b – an exoplanet which orbit’s the nearest star beyond the Sun, Proxima Centauri.

Proxima Centauri is an M-type star, and Proxima b sits in the stars habitable zone – a region in its orbit where conditions are prime for life. 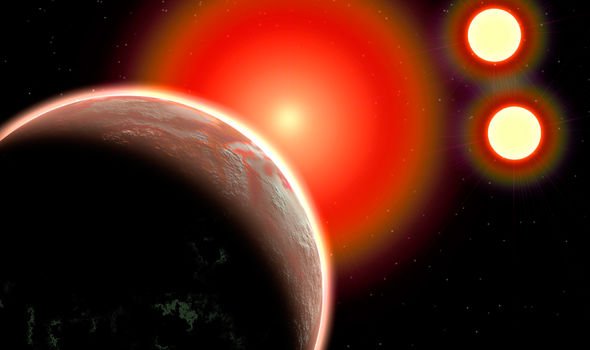 Mr O’Malley-James said: “These biotic kinds of exoplanets are very good targets in our search for exoplanets, and these luminescent wonders are among our best bets for finding life on exoplanets.”

Prof Kaltenegger said that land-based telescopes within 20 years may be powerful enough to detect any bioflurorescence on another planet.

She said: “It is a great target for the next generation of big telescopes, which can catch enough light from small planets to analyse it for signs of life, like the Extremely Large Telescope in Chile.”