The bizarre new theory proposing the prospect of life on Mercury would seem out there, if not outright impossible, to most people – considering it is the closest planet to the sun and has ground temperatures ranging from MINUS 173C at night to 427C in the day time. However, this has not stopped some people from believing aliens are residing there, or at least stopping there and using it as a base.

Now, supposed proof has been found in the form of a huge UFO which is at least 2.5km long, according to the shock claim.

Prominent UFO hunter Scott C Waring made the claim on his ET Database, stating: “I have found a structure within a crater on planet Mercury today.

“The structure has three long segments to it. Each part is alongside the next. NASA map says this is 2.5km across by 2.5km high.

“That’s a huge structure. The way its laying down and the way the three segments are side by side make me think this is a ship and can move from place to place. 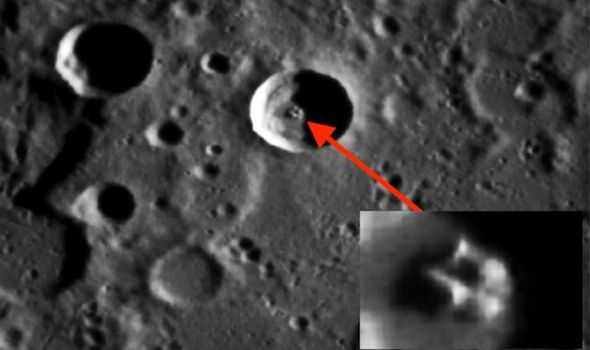 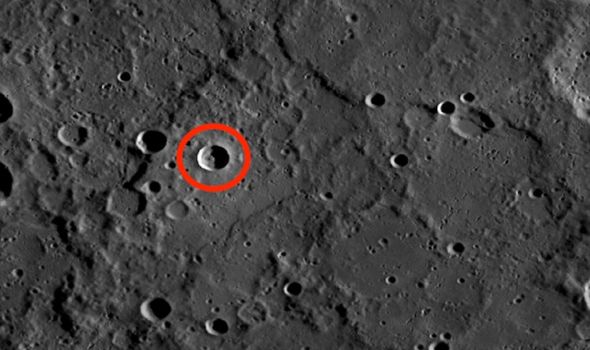 “It may have been docked in this location in the crater to make it easier to find and accessible.

“But I wonder, where did the captain and crew go? Their [sic] must be an underground base near this location or why park the ship there?

“One answer brings many more questions.”

However, sceptics and NASA would say the similar findings are just the effects of pareidolia – a psychological phenomenon when the brain tricks the eyes into seeing familiar objects or shapes in patterns or textures such as a rock surface. This would mean the Mercurian ‘base’ is actually just a series of rocks. 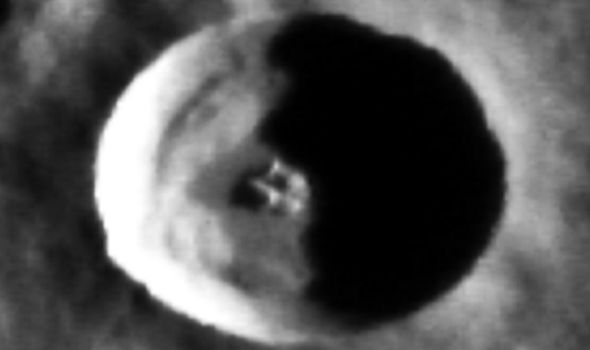 Mr Waring has argued humanity has the strength to deal with such a shocking alien revelation if NASA were to admit it.

He said: “Much like COVID-19 did to the people in each country as it spread, because the public once believed that such a pandemic would be impossible, and yet, the human race has changed their perspective on that very fast.

“That’s how disclosure of intelligent aliens would be, but it would not kill people or frighten them as much.”