World says goodbye to leaded petrol a century after it was first declared toxic, as Algeria becomes the final country to end the use of the toxic fuel

The world has said ‘goodbye’ to leaded petrol for the final time, after Algeria became the final country to end its reliance on the highly toxic fuel source.

As recently as the year 2000 over 100 countries worldwide still used leaded petrol, despite evidence linking it to premature deaths, poor health and air pollution.

The first warnings about its dangers were issued in 1924, and now, nearly a century later, Algeria has become the last country to exhaust its supplies and stop its use.

The United Nations Environment Programme (UNEP) described the news a landmark win in the fight for cleaner air, adding the leaded petrol ban prevented 1.2 million premature deaths and saved the economy over $2.4 trillion every year. 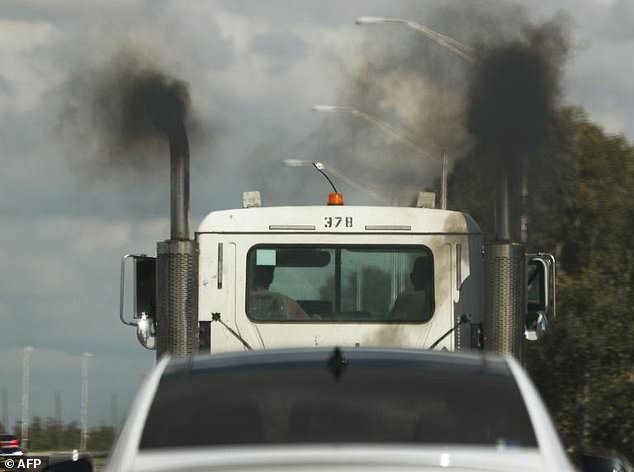 The world has said ‘goodbye’ to leaded petrol for the final time, after Algeria became the final country to end its reliance on the highly toxic fuel source

Tetraethyllead is an organolead compound added to petrol for nearly 100 years to ‘boost performance’.

It is often abbreviated to TEL and was first mixed with gasoline beginning in the 1920s by General Motors.

They realised it was both effective and cost effective at improving vehicle performance so began its rollout.

It worked at improving both performance and fuel economy and was in wide use until the 1990s.

Within just a few years, by 1924, it became clear there were serious health and pollutant implications.

These problems appeared to have a serious toxic impact on children.

It wasn’t just damaging people and the environment, studies found lead was poisoned catalytic converters and was a major cause of spark plug fouling.

Countries began to phase out its use in the 1970s, with most of the larger economies banning it before 2000.

A UN study in 2010 found that the ban on TEL had resulted in $2.4 trillion in annual benefits, and 1.2 million fewer premature deaths.

TEL is still used as an additive in some grades of aviation fuel, particularly for smaller planes.

Algeria became the last country to use the fuel in vehicles in August 2021.

The economic benefit comes from a 2010 study led by scientists at California State University that linked the value to better health, lower medical costs and a dip in criminal activity, as crime rates spike when exposure to lead increases.

It was widely used for decades until researchers discovered that it could cause heart disease, strokes and brain damage.

UNEP launched a campaign in 2002 for a global ban on the use of leaded petrol, and by that point many major economies had already stopped its use.

This included the US, China, India and the UK, which banned it from being sold at petrol stations or used in vehicles in 1999.

Despite significant evidence of its dangers, the situation in lower-income nations remained dire, according to UNEP and took more than a decade to rectify.

By 2016, after North Korea, Myanmar and Afghanistan stopped selling leaded petrol, only a handful of countries were still operating service stations providing the fuel.

Algeria was the final holdout in allowing use of the pollutant, after Iraq and Yemen ended their use within the last few years.

‘The successful enforcement of the ban on leaded petrol is a huge milestone for global health and our environment,’ said Inger Andersen, executive director of UNEP, which is headquartered in Nairobi.

Concerns were first raised about leaded petrol as early as 1924, when dozens of workers were hospitalised and five dead after suffering convulsions at a refinery run by US giant Standard Oil, nicknamed the ‘looney gas building’ by staff.

Nevertheless, until the 1970s almost all the gasoline sold across the globe contained lead. Taking another two decades before governments began to take action.

UNEP said in a statement that the eradication of leaded petrol would ‘prevent more than 1.2 million premature deaths per year, increase IQ points among children, save $2.44 trillion for the global economy, and decrease crime rates.’

The agency said the dollar figure came from a 2010 study led by scientists at California State University at Northridge. 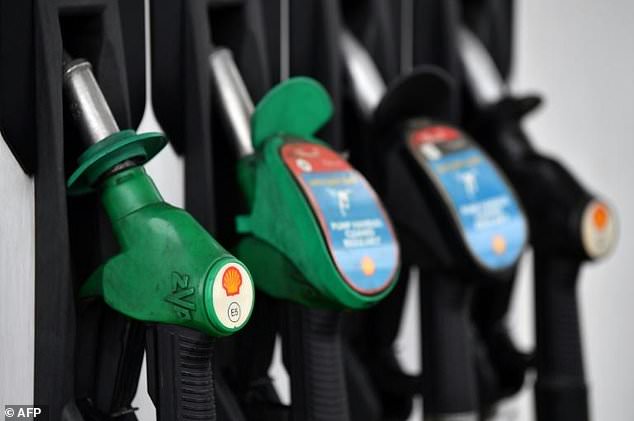 The first warnings about its dangers were issued in 1924, and now, nearly a century later, Algeria has become the last country to exhaust its supplies and stop its use

E10 petrol contains up to 10 per cent renewable ethanol, which the government says will help to reduce carbon dioxide (CO2) emissions.

Petrol in the UK currently contains up to 5 per cent renewable ethanol – E5.

E10 petrol is already widely used around the world, including across Europe, the US and Australia.

It is also been the reference fuel against which new cars are tested for emissions and performance.

Almost all petrol-powered vehicles on the road today can use E10 petrol and all cars built since 2011 are compatible.

The following vehicles, however, may not be compatible with E10 petrol:

Its chief factors were the benefits of better health for the overall economy and lower medical costs.

The study, funded by the UN, also found the ban led to a dip in criminal activity – higher crime rates have previously been linked to exposure to leaded fuel.

UNEP warned that fossil fuel use in general must still be drastically reduced to stave off the frightening effects of climate change.

A recent UN report found that the Earth is likely to warm by 2.7F within the next 20 years — a decade earlier than previously expected.

It also found that heatwaves, flooding and droughts will become more frequent and intense. Confirming these were directly linked to human-linked actions.

The report was compiled by the United Nations’ Intergovernmental Panel on Climate Change (IPCC) and said drastic action was needed to prevent worse outcomes.

The report sent alarm bells ringing about the use of fossil fuels, with the topic expected to be a key point of discussion at the 2021 United Nations Climate Change Conference in Glasgow in November.

‘It shows that if we can phase out one of the most dangerous polluting fuels in the 20th century, we can absolutely phase out all fossil fuels,’ said Thandile Chinyavanhu, climate and energy campaigner at Greenpeace Africa. 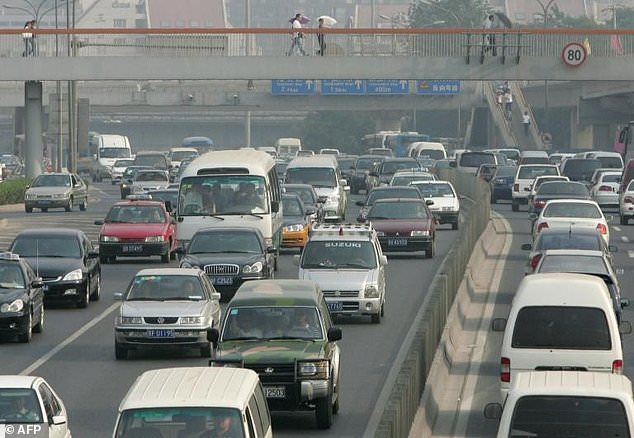 ‘Africa’s governments must give no more excuses for the fossil fuel industry,’ she added.

They found this was expected to grow by a third by 2050, with 1.2 billion new vehicles expected to hit the streets.

‘This includes millions of poor-quality used vehicles exported from Europe, the United States and Japan, to mid- and low-income countries,’ UNEP warned.

‘This contributes to planet warming and air polluting traffic and (is) bound to cause accidents,’ the global body said.

WHAT ARE THE EFFECTS OF THE WORLD’S MAJOR AIR POLLUTANTS?

According to the Environmental protection Agency, there are six major pollutants which can impact on human health and well-being.

These particles come in many sizes and shapes and can be made up of hundreds of different chemicals.

Some are emitted directly from a source, such as construction sites, unpaved roads, fields, smokestacks or fires.

Fine particles (2.5 parts per million)are the main cause of reduced visibility (haze) in parts of the United States, including many of our treasured national parks and wilderness areas.

Carbon monoxide: Breathing air with a high concentration of CO reduces the amount of oxygen that can be transported in the blood stream to critical organs like the heart and brain.

At very high levels, which are possible indoors or in other enclosed environments, CO can cause dizziness, confusion, unconsciousness and death.

It forms from emissions from cars, trucks and buses, power plants, and off-road equipment.

Breathing air with a high concentration of NO can irritate airways in the human respiratory system. Such exposures over short periods can aggravate respiratory diseases, particularly asthma, leading to respiratory symptoms (such as coughing, wheezing or difficulty breathing).

Sulfur dioxide: The largest source of Sulfur dioxide in the atmosphere is the burning of fossil fuels by power plants and other industrial facilities.

Short-term exposures to SO can harm the human respiratory system and make breathing difficult. Children, the elderly, and those who suffer from asthma are particularly sensitive to effects of SO.

Ground-level Ozone: The ozone layer in the lower area of the lower portion of the stratosphere, approximately 12 to 19 miles above the surface of the planet (20 to 30 km).

Although ozone protects us against UV radiation, when it is found at ground level it can cause health problems for vulnerable people who suffer from lung diseases such as asthma.

It is created by chemical reactions between oxides of nitrogen (NOx) and volatile organic compounds (VOC) – that are found in exhaust fumes – in the presence of sunlight.

Lead: Major sources of lead in the air are ore and metals processing and piston-engine aircraft operating on leaded aviation fuel.

Other sources are waste incinerators, utilities, and lead-acid battery manufacturers. The highest air concentrations of lead are usually found near lead smelters.

Depending on the level of exposure, lead can adversely affect the nervous system, kidney function, immune system, reproductive and developmental systems and the cardiovascular system.

Infants and young children are especially sensitive to even low levels of lead, which may contribute to behavioural problems, learning deficits and lowered IQ.